Items related to The Third Plate : Field Notes on the Future of Food 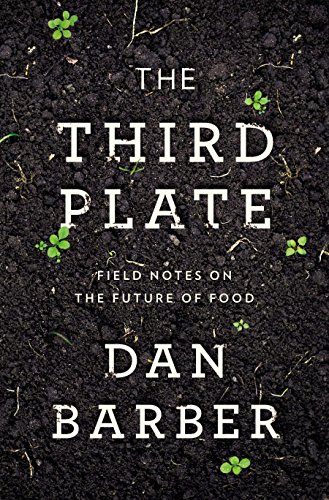 The Third Plate : Field Notes on the Future of Food

Former library book; may include library markings. Used book that is in clean, average condition without any missing pages. Seller Inventory # GRP90099268

Title: The Third Plate : Field Notes on the Future ...

Synopsis:
“Not since Michael Pollan has such a powerful storyteller emerged to reform American food.” —The Washington Post

Today’s optimistic farm-to-table food culture has a dark secret: the local food movement has failed to change how we eat. It has also offered a false promise for the future of food. In his visionary New York Times–bestselling book, chef Dan Barber, recently showcased on Netflix’s Chef’s Table, offers a radical new way of thinking about food that will heal the land and taste good, too. Looking to the detrimental cooking of our past, and the misguided dining of our present, Barber points to a future “third plate”: a new form of American eating where good farming and good food intersect. Barber’s The Third Plate charts a bright path forward for eaters and chefs alike, daring everyone to imagine a future for our national cuisine that is as sustainable as it is delicious.
About the Author:
DAN BARBER is the executive chef of Blue Hill, a restaurant in Manhattan’s West Village, and Blue Hill at Stone Barns, located within the nonprofit farm Stone Barns Center for Food & Agriculture. His opinions on food and agricultural policy have appeared in The New York Times, along with many other publications, and he was recently showcased on Netflix's Chef's Table. Barber has received multiple James Beard awards, including Best Chef: New York City (2006) and the country’s Outstanding Chef (2009). In 2009 he was named one of Time magazine’s 100 most influential people in the world.