Items related to Thomas Eakins: His Life and Art 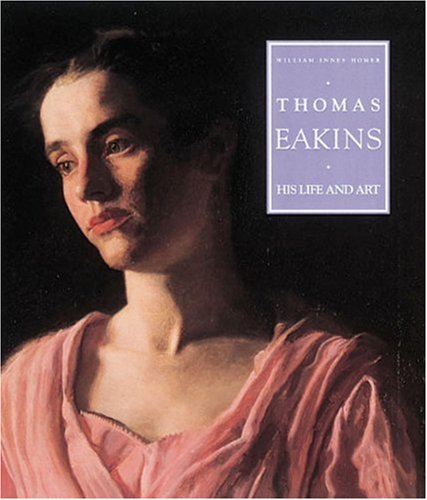 Thomas Eakins: His Life and Art

Long celebrated, like his crony and idol Walt Whitman, as an advocate of ``the common man,'' American realist painter Thomas Eakins (1844-1916) emerges here as a self-righteous, domineering egotist troubled by sexual obsessions and dark secrets. According to art historian Homer, author of books on Albert Pinkham Ryder and Alfred Stieglitz, Eakins harbored unconscious hostility toward women and ``wanted to defeminize them.'' He married one of his most promising art students, Susan Macdowell, then gave her no encouragement to paint. By relatives' accounts, he may have sexually abused his 23-year-old niece, Ella Crowell, triggering her suicide. In a startling, fresh, gloriously illustrated biographical-critical portrait, Homer knocks the halo off Eakins while capturing the humanity and complexity of his art. Drawing on hitherto unavailable source materials, he fathoms a painter who, like Whitman, evinced disregard for the conventions of his time.