Items related to The Time Is Out of Joint Format: Paperback

Home Heller, Agnes The Time Is Out of Joint Format: Paperback
Stock Image 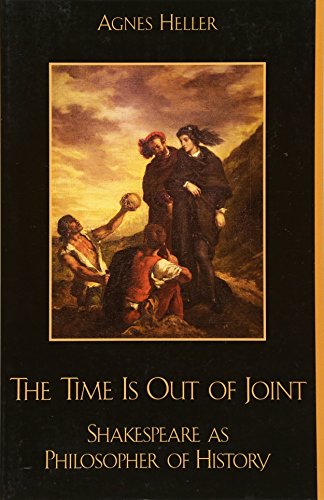 The Time Is Out of Joint Format: Paperback

Title: The Time Is Out of Joint Format: Paperback

Synopsis:
The Time Is Out of Joint handles the Shakespearean oeuvre from a philosophical perspective, finding that Shakespeare's historical dramas reflect on issues and reveal puzzles which were taken up by philosophy proper only in the centuries following them. Shakespeare's extraordinary handling of time and temporality, the difference between truth and fact, that of theory, and that of interpretation and revelatory truth are evaluated in terms of Shakespeare's own conjectural endeavors, and are compared with early modern, modern, and postmodern thought. Heller shows that modernity, which recognized itself in Shakespeare only from the time of Romanticism, found in Shakespeare's work a revelatory character which marked the end of both metaphysical system-building and a tragic reckoning with the inaccessibility of an absolute, timeless truth. Heller distinguishes the four stages found in constantly unique relation in Shakespeare's work (historical, personal, political, and existential) and probes their significance as time comes to fall 'out of joint' and may be again set aright. Rather than initially bestowing upon Shakespeare the dubious honorary title of philosopher, Heller probes the concretely situated reflections of characters who must face a blind and irrational fate either without taking responsibility for the discordance of time, or with a responsibility which may both transform history into politics, and set right the time which is out of joint. In the ruminations and undertakings of these characters, Shakespeare's dramas present a philosophy of history, a political philosophy, and a philosophy of (im)moral personality. Heller weighs each as distinctly modern confrontations with the possibility of truth and virtue within a human historical condition no less multifarious for its momentariness.
About the Author:
Agnes Heller is Hannah Arendt Professor of Philosophy at the New School for Social Research in New York.