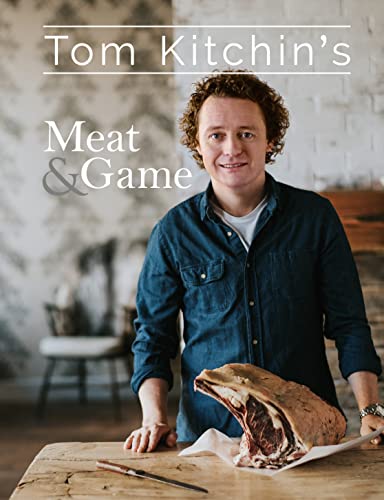 Tom Kitchin's Meat & Game showcases the brilliant talents of one of the UK and Scotland's favourite chefs.

Tom's passion for game, and his ability to transform that passion into irresistible ways to enjoy it at home, is fully celebrated within the covers of this beautiful book. Venison, partridge, pheasant, grouse, rabbit, hare and all things wild find their way into fantastic roasts, full-flavoured pasta dishes, terrines and warming soups, richly flavoured pies and puddings and so many more. With every recipe there comes a fresh new way to treat much loved classics; Roast Pheasant with Cabbage and Apple Salad, Partridge and Game Pie, Rabbit au Vin, Roast Rack of Venison with a Blueberry and Juniper Crust, Pigeon, Lentil and Spelt Burgers, Pheasant and Partridge Scotch Egg, Hare Cannelloni and the Ultimate 11s Grouse Sandwich are just some of the essential gamey recipes to try out and enjoy.

And then there are Tom's glorious recipes for all things meat; Roast Crisp Pork Belly, Oxtail Soup with Cheese on Toast, Blackened Chicken Tacos, Braised Lamb Shanks with Lemon Confit, Steak and Kidney Pie, Roast Topside with all the trimmings, Smoked Ham Hocks with Hot Pineapple Salsa ... these are recipes to savour and return to time and time again.

Tom Kitchin is Scotland's youngest Michelin starred chef proprietor, having achieved a star at only 29 years old. Before opening his own restaurant, The Kitchin, his culinary CV extends from early training at the Gleneagles Hotel to experience at some of the world's best restaurants such as La Tante Claire, Guy Savoy and Michelin Le Louis XI. He is a previously published author, with two books: From Nature to Plate and Kitchin Suppers.

He has become a well-known face on British television, having regularly appeared on BBC's Saturday Kitchen and The One Show, UKTV's Food Market Kitchen, BBC2's The Great British Menu and appeared as mentor on The Chef's Protégé. He has also appeared alongside some of the UK's most renowned chefs as a judge on Masterchef Final Chef's Table panel.

He writes a weekly column in the Spectrum supplement of The Scotsman.