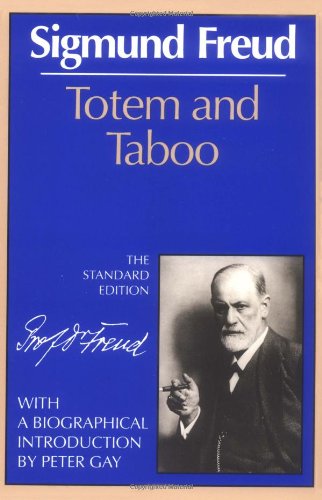 Totem and Taboo (1913), first published as a series of four articles between 1912 and 1913, is among Freud's most dazzling speculative texts.

Adducing evidence from "primitive" tribes, neurotic women, child patients traversing the oedipal phase, and speculations by Charles Darwin, James G. Frazer, and other modern scholars, Freud attempts to trap the moment that civilized life began. It stands as his most imaginative venture into the psychoanalysis of culture.

Sigmund Freud (1856-1939) is one of the twentieth century's greatest minds and the founder of the psychoanalytic school of psychology. His many works include The Ego and the Id; An Outline of Psycho-Analysis; Inhibitions; Symptoms and Anxiety; New Introductory Lectures on Psycho-Analysis; Civilization and Its Discontent, and others.

Peter Gay (1923―2015) was the author of more than twenty-five books, including the National Book Award winner The Enlightenment, the best-selling Weimar Culture, and the widely translated Freud: A Life for Our Time.

4. Totem and Taboo; Some Points of Agreement Between the Mental Lives of Savages and Neurotics. (Standard Edition of the Complete Psychological Works of Sigmund Freud)

Book Description W. W. Norton & Company, 1950. Condition: Good. Ships from the UK. Former Library book. Shows some signs of wear, and may have some markings on the inside. Seller Inventory # GRP105375052

Book Description Norton & Co., 1950. Paperback. Condition: Good. Connecting readers with great books since 1972. Used books may not include companion materials, some shelf wear, may contain highlighting/notes, may not include cdrom or access codes. Customer service is our top priority!. Seller Inventory # S_194407754

Book Description W. W. Norton & Company. Paperback. Condition: Good. A copy that has been read, but remains in clean condition. All pages are intact, and the cover is intact. The spine may show signs of wear. Pages can include limited notes and highlighting, and the copy can include previous owner inscriptions. At ThriftBooks, our motto is: Read More, Spend Less. Seller Inventory # G0393001431I3N00

There are 62 more copies of this book