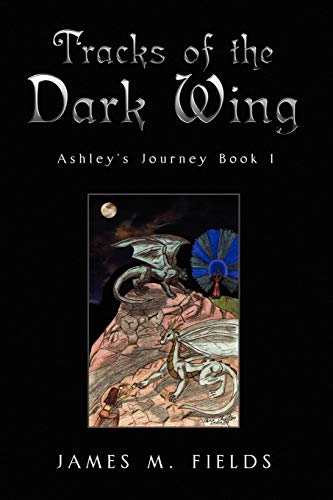 Synopsis: A nuclear war devastated their civilization, however there are those who survived, both on the surface, and underground. Life changed beyond Imagination as new races emerged such as Light Elves, Ogres, Dark Elves, Gnomes, and other races as well. New animal life energed as well Winged Horses, Dragons, and many more. Life spans had changed; they were longer. Where there is light, there is also dark. A race of Dark Elves is intent on ruling everything and everyone. While in their pursuit for power, they created creatures with different DNA samples and used dark magic to help them with this task. One of thier creations is called Dark Wing. With the help of the Dark Wing The Dark Elves took female children of all races. In the begining all were killed off except for the female children. Whole villages were wiped out while collecting these children. But the creation of the Dark Wing proved disastrous in the end to their creators and any other life, which were unfortunate enough to cross their paths. A curse was set forth at the time the Dark Wing turned on the Dark Elves. But no one knew the full meaning of the curse. Legend speaks of Chosen Ones who can break the curse that had been set forth. However, it would take another one hundred and fifty years for the most important one of all to be born. This Chosen One is a special little girl. As a Chosen One she has a long and dangerous journey ahead of her, a destiny that was hers long before her birth. She will meet other Chosen Ones whom will help in her journey. In this new world, where light and dark magic as well as dangerous creatures unlike any others abound, can one little girl and the other Chosen Ones fulfill their destiny and win against the dark forces? Ashley Wells is a Chosen One with a hidden past, John Rogue is a hunter, and tracker. Pete Wells a strange old man whom loves his granddaughter, but is their more to him then meets the eye. Blaine and Seth Dobe Light Elves and users of light magic. Big Jess and Kay an Ogre family, and many many more interesting characters.

About the Author: About the Author James. M. Fields I was born in Scottsburg, City of Scott County Indiana on January 26, 1956. I am a husband, father and grandfather. The only writing experience I have is the book in your hands. I would like to thank my wife Rita, family, and friends for all their support while writing this book. I would like to give a special thanks to Microsoft's Xbox Live for inspiring my friend Darrell Morgan to lay down some smack talk, which brought this story to life. Thanks to my sisters Deborah and Elizabeth for their encouragement, while they were reading my book and many thanks to Chris Chasteen for the cover art.

1. Tracks of the Dark Wing

2. Tracks of the Dark Wing (Paperback)

3. Tracks of the Dark Wing (Paperback)

5. Tracks of the Dark Wing

6. Tracks of the Dark Wing