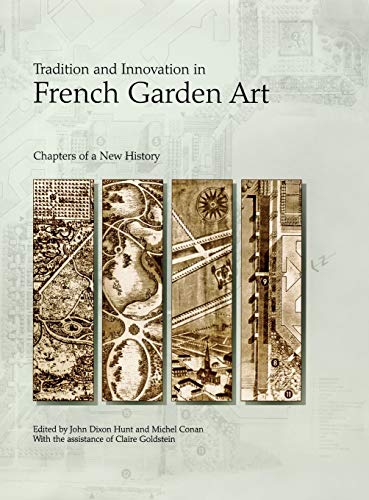 By exploring the contributions of such important designers as Jean-Marie Morel and Claude-Henri Watelet, these essays argue for a tradition that includes, but is by no means exclusively influenced by, Andre Le Notre, long considered the dominant figure in French garden history. Even a glance at the wealth of garden theory and practice during the late eighteenth and early nineteenth centuries must call into question the conventional neglect of post-Le Notrean work. Each author reads a significant moment of garden art in relation to a whole cluster of cultural concerns, which change with the time and place of the garden discussed; overall, this has meant invoking town planning, engineering, optics, scientific and philosophic movements, bourgeois ethics, foreign imports, vernacular workings of the land, the rise of professional landscape practice, even the modernist refusal to recognize the garden itself as the prime site of intervention in the landscape.

Tiber Books is an internet merchant with over 35 years of bookselling experience -- we've been offering our holdings online for nearly 20 years now. The majority of our inventory is scholarly non-fiction in both the sciences and the humanities, but we also carry an increasing selection of additional material in Americana, Art, History of Science and Technology, Regional U.S. History, Religion, and many other subjects. You can search our inventory by author and/or title. However, we also understand the need to browse by subject matter, and therefore make extensive use of Keywords in listing each of our books. You should have good results if you experiment with Keyword searches of our inventory. We also include a book's ISBN (if it has one), so if you'd like to search by ISBN, please use ABE's Advanced Search menu -- omit the dashes from the number when searching by ISBN. Enjoy browsing!


All books are subject to prior sale. Maryland residents, add 6% sales tax. RETURNS are accepted within 2 weeks for any reason; please notify us in advance so that we'll know to expect the book.

We pack all books in bubble-wrap, and ship in a sturdy cardboard box (except in the case of standardized Priority Mail and Global Priority Airmail envelopes for international shipments).

PLEASE NOTE: Shipping costs are based on books weighing 2. LB, or 1 KG. If your book order is heavy or oversized, we may contact you to let you know that extra shipping is required.