Items related to A Tramp Abroad 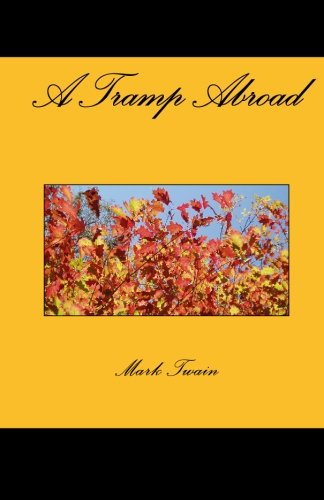 A Tramp Abroad, written by legendary author Mark Twain is widely considered to be one of the greatest books of all time. This great classic will surely attract a whole new generation of readers. For many, A Tramp Abroad is required reading for various courses and curriculums. And for others who simply enjoy reading timeless pieces of classic literature, this gem by Mark Twain is highly recommended. Published by Classic Books International and beautifully produced, A Tramp Abroad would make an ideal gift and it should be a part of everyone's personal library.

Nearly nine decades after his death, Mark Twain remains an international icon. His white-maned, mustachioed image is instantly identifiable throughout the world, the very picture of probity and high spirits (which explains why he's become the poster boy for products as diverse as beer, billiard tables, sewing machines, pizza, and real estate). Perhaps more importantly, Twain's books have retained all their power to amuse and enrage. How is it possible for the creator of a 19th-century "boy's holiday book" (Twain's own description of The Adventures of Tom Sawyer) to raise so many contemporary hackles? The answer is that Twain is a contemporary writer. Not, of course, from a chronological point of view--he was born in Missouri in 1835 and died in 1910 (having insisted that "annihilation has no terrors for me"). But Twain was the first writer to elevate the American vernacular to a high art. Sidestepping the starched-shirt diction of his peers, he created an idiom that resembled (but did not precisely duplicate) the wayward, slangy, ungrammatical music of American conversation. No serious reader of Twain will want to do without the Oxford Mark Twain. This 29-volume leviathan includes not only the major works but also a treasure trove of essays and short pieces, many of them unavailable for decades. Throw in the introductions to each volume (by such heavyweights as Toni Morrison, Kurt Vonnegut, Cynthia Ozick, Gore Vidal, George Plimpton, Bobbie Ann Mason, and Walter Mosley), as well as the original illustrations, and you've got the book bargain of the millennium.