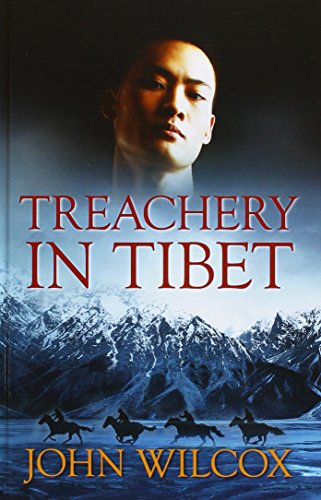 Synopsis: Lord Curzon, the ambitious Viceroy of India decides to invade Tibet and recruits Simon Fonthill, veteran of so many of Queen Victoria's 'little wars,' to lead 2,000 men over the ice-bound Himalayan passes to Lhasa. Fonthill sets out on another expedition with his wife Alice, reporting for The Morning Post, and his old comrade, 352 Jenkins. It is machine guns against muskets as the cruel brave monks fight on their own terrain among the clouds opposing the invasion. When Alice is captured, treachery is revealed, and Fonthill and Jenkins must gallop to her aid in their most arduous and thrilling adventure.

About the Author: After a number of years working as a journalist, John Wilcox was lured into industry. In the mid-nineties he sold his company in order to devote himself to his first love, writing. His Simon Fonthill novels have been published to high acclaim and he has also published two works of non-fiction.

Book Description Magna Large Print Books, 2015. Condition: Good. Large type / large print edition. Ships from the UK. Former Library book. Shows some signs of wear, and may have some markings on the inside. Seller Inventory # GRP97799268