Items related to Tudor on Charities 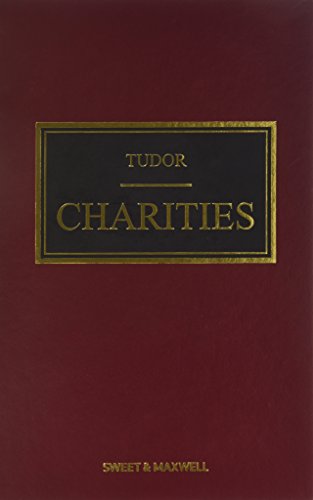 This revered book has been significantly up-dated and re-written by Will Henderson, Jonathan Fowles and Julian Smith. It takes account of changes in the statute and common law applicable to charities since the previous edition was published in 2003. This edition has been produced by practitioners for practitioners of charity law. Num Pages: 848 pages. BIC Classification: 1DBKE; 1DBKW; LNTC. Category: (P) Professional & Vocational. Dimension: 166 x 241 x 62. Weight in Grams: 1728. . 2015. 10th edition. Hardcover. . . . . Books ship from the US and Ireland. Bookseller Inventory # V9780414028555