Home Henri Barbusse Under Fire : The Story Of A Squad 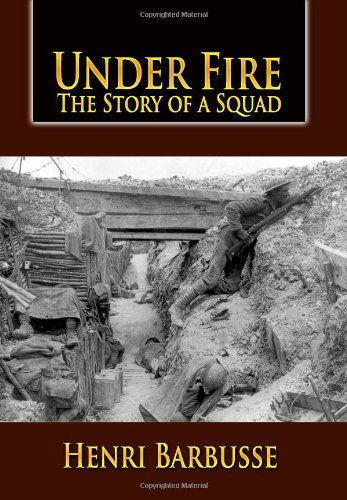 Under Fire : The Story Of A Squad

Synopsis: Under Fire: The Story of a Squad by Henri Barbusse (December 1916), was one of the first novels about the Great War to be published. Although it is a piece of fiction, the novel was based on Barbusse's own war experiences as a French soldier on the Western Front.
It follows a squad of French volunteer soldiers on the front in France after the German invasion. The anecdotes are episodic in nature, each with an individual chapter title. The best-known chapter, "The Fire" (Le feu) shares the French-language title of the book. It describes a trench assault from the Allied (French) trench across No-Man's Land into the German trench.
In contrast to many war novels which came before it, Under Fire described war in gritty and brutal realism. It is noted for its realistic descriptions of death in war and the squalid trench conditions.

About the Author: Henri Barbusse (1873-1935) was a French novelist and a member of the French Communist Party.

Book Description CreateSpace Independent Publishi, 2009. Paperback. Condition: Good. Connecting readers with great books since 1972. Used books may not include companion materials, some shelf wear, may contain highlighting/notes, may not include cdrom or access codes. Customer service is our top priority!. Seller Inventory # S_272110002

Book Description CreateSpace Independent Publishing Platform, 2009. Condition: Good. Shows some signs of wear, and may have some markings on the inside. Seller Inventory # GRP114127279