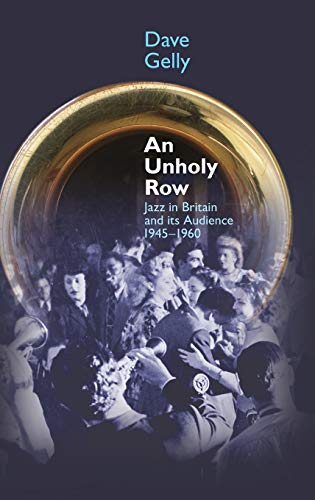 Synopsis: The post-war jazz revival marked the beginning of an independent British youth culture with music as its focus. Although it always remained a minority enthusiasm, jazz actually embodied the vaguely felt sentiments, dissatisfactions and aspirations of the post-war generation more fully than any other form of expression. Older people were, on the whole, indifferent or positively hostile to what was, for many, simply an 'unholy row'. In British society, class and culture were bound inextricably together, but jazz was an alien form with no obvious class affiliations. It was culturally neither 'high' nor 'low', and so found a ready welcome in a world where the old certainties were breaking down. Throughout this period, jazz came in two more or less exclusive types - 'revivalist', which sought to recreate the classic jazz of the 1920s, and modern. Enthusiasts on both sides regarded their music as being more important than mere entertainment. In it they found a quality which they defined vaguely as 'honesty' or 'sincerity', which may perhaps be summed up as 'authenticity'. The book follows the development of both jazz tendencies over a decade and a half, paying particular attention to two outstanding figures: Humphrey Lyttelton and John Dankworth. It also seeks to convey a flavour of that now remote era and the frisson that jazz created.

About the Author: Dave Gelly writes about jazz in The Observer and other newspapers and journals. He has written and presented many features for BBC radio and hosted a weekly Radio Two show. He was a leading writer on the Sony Award-winning ten-part BBC radio series Sinatra: Voice of the Century and is the author of several books, including Masters of the Jazz Saxophone (Miller Freeman, 2000) and Stan Getz: Nobody Else but Me (Backbeat 2002). He was named Jazz Writer of the Year in the 1999 British Jazz Awards. Dave Gelly was appointed MBE in the 2005 New Years Honours.

Book Description Equinox Publishing, 2014. Hardcover. Condition: GOOD. Has little wear to the cover and pages. Contains some markings such as highlighting and writing. Seller Inventory # 1845537122_abe_gd

Book Description Equinox Publishing, 2014. Hardcover. Condition: Near Fine. Book has a touch of rubbing to the covers, otherwise in near new condition. Seller Inventory # 959616

Book Description Equinox Publishing Ltd, 2014. Hardcover. Condition: Good. Good condition is defined as: a copy that has been read but remains in clean condition. All of the pages are intact and the cover is intact and the spine may show signs of wear. The book may have minor markings which are not specifically mentioned. Most items will be dispatched the same or the next working day. Seller Inventory # wbb0013214023