Home N.P. Ullekh The Untold Vajpayee The Life and Times of a Poet Politician
Stock Image 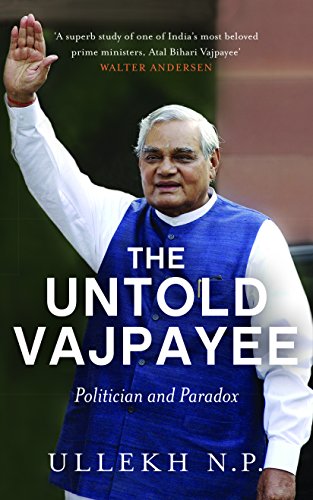 The Untold Vajpayee The Life and Times of a Poet Politician

Title: The Untold Vajpayee The Life and Times of a ...

Despite his grand secular statements in Parliament that bordered on the Nehruvian, Atal Bihari Vajpayee has often taken brief excursions into the hardline camp. In 1983, he made an incendiary speech during the Assam elections in which the presence of Bangladeshi foreigners in the state was a big issue. Even the BJP had disowned Vajpayee s speech, which possibly inspired the massacre of over 2000 people, mostly Muslims, in Nellie in Assam. Vajpayee, one of the shrewdest politicians of India, is known for negotiating multiple contradictions: from militant nationalism to his secret family life; his stint as a communist; his indulgence in food; influence of Gandhi and Nehru; Narendra Modi and Gujarat issues; foreign policies; and his attempt to project himself as a moderate face, if not liberal, among others. Exploring crucial milestones of Vajpayee s career and his traits as a seasoned politician, the book looks at his relationship with leaders of his party and the love hate association with RSS and its feeder organizations. Thoroughly researched, supported by hard facts and accompanied by inside stories and anecdotes, insightful interviews and archival photographs, The Untold Vajpayee would open a window to the life and times of a poet politician.