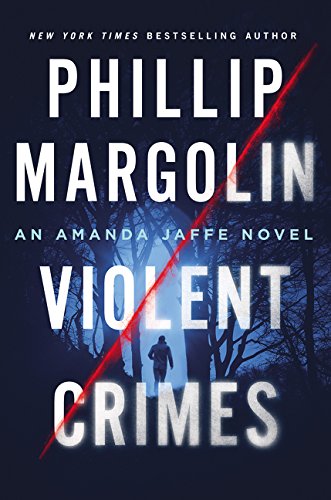 In this mesmerizing tale of suspense from New York Times bestselling author Phillip Margolin, attorney Amanda Jaffe—star of Wild Justice, Ties That Bind, Proof Positive, and Fugitive—becomes entangled in a murder case involving Big Oil, an estranged father and son, and the greatest ethical dilemma of her career .

Dale Masterson, senior partner in a large Portland, Oregon, law firm, has become wealthy and successful representing the interests of oil and coal companies. When his colleague, Christine Larson, is found dead, Masterson’s business practices are put under surveillance and a lower-level employee stands accused.

The controversy surrounding the firm is magnified tenfold when Dale is found beaten to death in his mansion. But this time Dale’s son, Brandon, is seen fleeing the scene. A dedicated eco-warrior obsessed with saving the planet, Brandon confesses to killing his father—for revenge, he claims—on behalf of all the people whose lives are being destroyed by his father’s questionable clients.

Veteran lawyer Amanda Jaffe is hired to represent Brandon, but what seems like an open-and-shut case quickly begins to unravel. If Brandon is really innocent—a radical activist determined to martyr himself for his cause—then who viciously murdered Dale Masterson? And what, if any, is the connection between his murder and the murder of Christine Larson? Smart, fierce, and unafraid of the truth even if it puts her in danger, Amanda begins to look deeper. What she finds will force the seasoned legal pro to make the hardest professional decision of her life.

Dale Masterson, a wealthy lawyer who has become successful representing the interests of oil and coal companies, has enemies—including his own son, Brandon, an eco-warrior who hates everything his father stands for. When Dale is brutally murdered in his lavish home, Brandon confesses to the crime, and veteran

attorney Amanda Jaffe is hired to represent him. However, what seems like an open-and-shut case quickly begins to unravel. Amanda suspects Brandon may not be telling the truth . . . but if he didn’t kill his father, who did?

This propulsive new thriller from New York Times bestselling author Phillip Margolin will see her entangled in the most challenging case of her career.