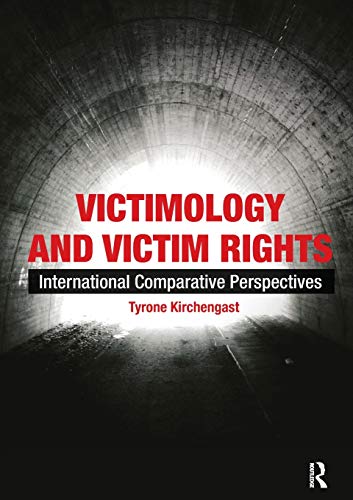 This book examines the international, regional and domestic human rights frameworks that establish victim rights as a central force in law and policy in the twenty-first century. Accessing substantial source material that sets out a normative framework of victim rights, this work argues that despite degrees of convergence, victim rights are interpreted on the domestic level, in accordance with the localised interests of victims and individual states. The transition of the victim from peripheral to central stakeholder of justice is demonstrated across various adversarial, inquisitorial and hybrid systems in an international context.

Examining the standing of victims globally, this book provides a comparative analysis of the role of the victim in the International Criminal Court, the ad hoc tribunals leading to the development of the International Criminal Tribunal for the former Yugoslavia and the International Criminal Tribunal for Rwanda, together with the Extraordinary Chambers of the Courts of Cambodia, Special Panels of East Timor (Timor Leste), and the Internationalised Panels in Kosovo. The instruments of the European Parliament and Council of Europe, with the rulings of the European Court of Justice, and the European Court of Human Rights, interpreting the European Convention of Human Rights, are examined. These instruments are further contextualised on the local, domestic level of the inquisitorial systems of Germany and France, and mixed systems of Sweden, Austria and the Netherlands, together with common law systems including, England and Wales, Ireland, Scotland, USA, Australia, Canada, New Zealand, India, South Africa, and the hybrid systems of Japan and Brazil.

This book organises the authoritative instruments while advancing debate over the positioning of the victim in law and policy, as influenced by global trends in criminal justice, and will be of great interest to scholars of international law, criminal law, victimology and socio-legal studies.

Dr Tyrone Kirchengast is a Senior Lecturer in the Faculty of Law at the University of New South Wales, Australia. He is admitted as a legal practitioner of the Supreme Court of NSW and is a barrister and solicitor of the High Court of Australia. Before joining the Faculty of Law, he lectured at the University of Newcastle, and Macquarie University, Australia. His principal teaching and research interests are in criminal law and procedure and his publications focus on the integration of victim interests within criminal law. His recent work focuses on the role of victim impact statements in sentencing homicide offenders; the rise of victim lawyers and the integration of victims into adversarial proceedings; and victim rights as human rights under the European Convention on Human Rights and before the International Criminal Court. He has published widely on victim rights.