Home Greene, James A View From the Wings: A Theatre Memoir 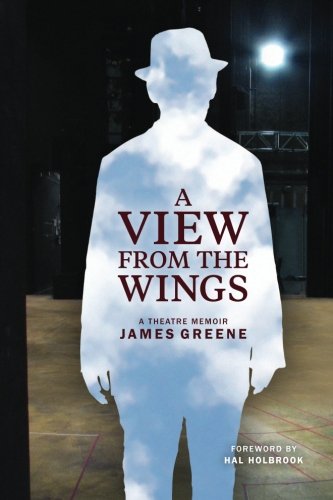 A View From the Wings: A Theatre Memoir

James Greene has worked in many different productions and met the brightest stars of stage and screen. Now, in his vivid memoir, A View from the Wings, he chronicles his lifelong passion for performance and the many different places that passion has taken him.

Greene starts in the early years, with his performances at Emerson College in Boston. He describes signing the contract for Dwight Deere Wiman’s Broadway production of Romeo and Juliet as the most exhilarating moment of his acting career. As readers follow Greene through the next six decades of American theatre, they see the actor grow from an eager young student to a seasoned professional. It’s the many, many magical moments in between that make A View from the Wings an engrossing read.

His memoir reads like a candid conversation with an old friend. Greene shares some of the secrets of show business, and his advice is invaluable for any young actors who are looking to get their own start on the stage.

James Greene has acted for more than seventy years. He debuted on Broadway in 1951—in Romeo and Juliet. He has since appeared in twenty-two Broadway plays and twenty-nine off-Broadway productions.

Greene was an original member of the Lincoln Center Repertory Company and a member of the APA-Phoenix Repertory Theatre at Broadway’s Lyceum Theatre. He did tours with Helen Hayes in George Kelly’s The Show-Off and Brian Bedford in Moliere’s School for Wives.

Greene lives in Los Angeles, California, with his wife, Els.

1. A View From the Wings: A Theatre Memoir