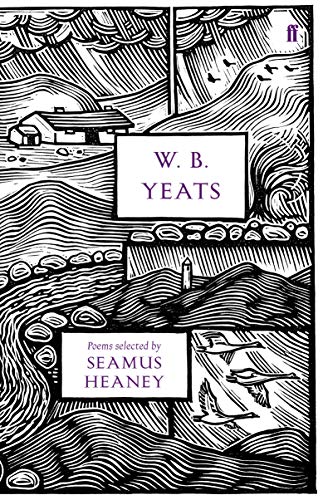 Synopsis: W. B. Yeats (1865-1939) was not only Ireland's greatest poet but one of the most influential voices in world literature in the twentieth century. His extraordinary work, in the words of this volume's editor Seamus Heaney, encourages us 'to be more resolutely and abundantly alive, whatever the conditions.'


Other volumes in this series: Auden, Betjemen, Eliot, Hughes and Plath

About the Author: William Butler Yeats[a] (13 June 1865 – 28 January 1939) was an Irish poet and one of the foremost figures of 20th-century literature. A pillar of both the Irish and British literary establishments, he helped to found the Abbey Theatre, and in his later years served as a Senator of the Irish Free State for two terms. Yeats was a driving force behind the Irish Literary Revival along with Lady Gregory, Edward Martyn and others.

Book Description Faber and Faber, 2009. Hardcover. Condition: Good. Good condition is defined as: a copy that has been read but remains in clean condition. All of the pages are intact and the cover is intact and the spine may show signs of wear. The book may have minor markings which are not specifically mentioned. Most items will be dispatched the same or the next working day. Seller Inventory # wbb0013213670

Book Description Faber & Faber, 2009. Hardcover. Condition: Very Good. W. B. Yeats (80th Anniversary Collection) This book is in very good condition and will be shipped within 24 hours of ordering. The cover may have some limited signs of wear but the pages are clean, intact and the spine remains undamaged. This book has clearly been well maintained and looked after thus far. Money back guarantee if you are not satisfied. See all our books here, order more than 1 book and get discounted shipping. . Seller Inventory # 7719-9780571247349

Book Description Faber and Faber, 2009. Hardcover. Condition: Used; Good. Dispatched, from the UK, within 48 hours of ordering. This book is in good condition but will show signs of previous ownership. Please expect some creasing to the spine and/or minor damage to the cover. Seller Inventory # CHL3047492

Book Description Faber & Faber, 2009. Hardcover. Condition: Good. Connecting readers with great books since 1972. Used books may not include companion materials, some shelf wear, may contain highlighting/notes, may not include cdrom or access codes. Customer service is our top priority!. Seller Inventory # S_275363052

Book Description Faber & Faber 07/05/2009, 2009. Hardcover. Condition: Very Good. Shipped within 24 hours from our UK warehouse. Clean, undamaged book with no damage to pages and minimal wear to the cover. Spine still tight, in very good condition. Remember if you are not happy, you are covered by our 100% money back guarantee. Seller Inventory # 6545-9780571247349

Book Description imusti, 2009. Hardcover. Condition: GOOD. Has little wear to the cover and pages. Contains some markings such as highlighting and writing. Supplemental materials are not guaranteed with any used book purchases. Seller Inventory # 0571247342_abe_gd

Book Description Faber & Faber, 2009. Condition: Good. A+ Customer service! Satisfaction Guaranteed! Book is in Used-Good condition. Pages and cover are clean and intact. Used items may not include supplementary materials such as CDs or access codes. May show signs of minor shelf wear and contain limited notes and highlighting. Seller Inventory # 0571247342-2-4

Shipping: US$ 10.90
From United Kingdom to U.S.A.
Destination, rates & speeds