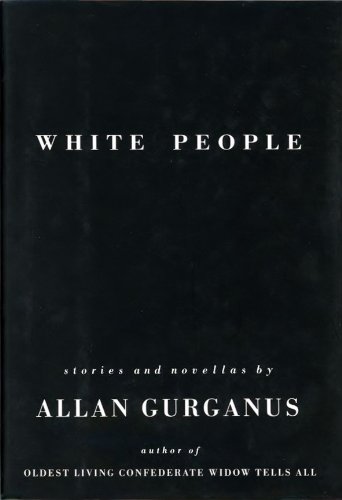 Signed by author on title page in black fountain ink, under which he has written 2014 (books was signed at the 34th Los Angeles Festival of Books). The second book by the author of OLDEST LIVING CONFEDERATE WIDOW TELLS ALL, a collection of stories. L116. Bookseller Inventory # 8479

From Allan Gurganus, author of the beloved, bestselling Oldest Living Confederate Widow Tells All and winner of the Sue Kaufman Prize for First Fiction from the American Academy and Institute of Arts and Letters, here are eleven masterful works of short fiction. First seen in The New, Yorker, Harper's, the Paris Review, Granta, and elsewhere, they are darkly comic stories and novellas about love and money among American WASPs, that majority outnumbered, outflanked, and somewhat out of love with itself.
From the Trade Paperback edition.

In eleven glorious stories, Allan Gurganus, author of the highly acclaimed Oldest Living Confederate Widow Tells All, gives heartbreaking and hilarious voice to the fears, desires, and triumphs of Americans -- black and white, gay and straight, old and young, Northern and especially Southern.

Here are war heroes bewildered by the complex negotiations of family life, former debutantes called upon to muster resources they never knew they had, senior citizens startled by their own bravery, and married men perplexed by the marvelous possibilities of entirely different lives. Written with lyricism, wit, and deep humanity, this award-winning volume confirms Allan Gurganus as one of the finest writers of our time.