Items related to WINTER AND NIGHT 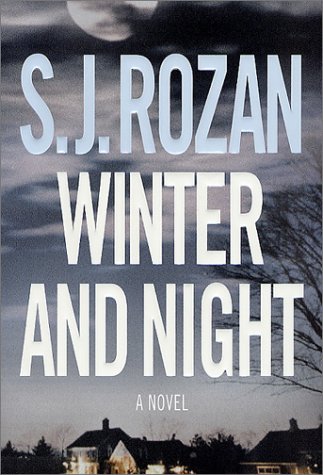 From the critically acclaimed, award-winning S. J. Rozan comes her finest novel to date - an explosive novel about the corrosive power of secrets and corruption in a small town.

In the middle of the night, private investigator Bill Smith is awakened by a call from the NYPD. They're holding a 15-year-old kid named Gary -- a kid Bill knows. But before Bill can find out what is going on, Gary escapes Bill's custody into the dark night and unfamiliar streets. Bill, with the help of his partner Lydia Chin, tries to find the missing teen and uncover what it is that led him so far from home. Tracking Gary's family to a small town in New Jersey, Bill finds himself in a town where nothing matters but high school football, where the secrets of the past - both the town's and Bill's own - threaten to destroy the present. And if Bill is to have any chance of saving Gary and preventing a tragedy, he has to both unravel a long buried crime and confront the darkness of his own past. Winter and Night is the winner of the 2003 Edgar Award for Best Novel.

Penzler Pick, January 2002: S.J. Rozan is an author whose reputation and prowess have been growing in tandem. A strong writer in the "newcomers to watch" category back when she published China Trade, her first novel featuring New York sleuths Bill Smith and Lydia Chin, she is now a real player on the scene, poised for bestsellerdom.

The story she tells here takes us out of the gritty five boroughs and onto the New Jersey Turnpike, where Smith's sister Helen lives, in a place called Warrenstown. But did we know Bill even had a sister? Over the course of seven books and several short stories, even Lydia Chin, his partner and best friend, hasn't known this. So what gives?

We learn about Helen Smith Russell through a totally unexpected phone call from a Midtown South police detective, answered by Bill in his Tribeca loft. It seems the cops have his nephew in custody, a 15-year-old runaway who is the son of the sister with whom Bill has not been in touch for 25 years.

Two mysteries are being set up here, but before Rozan is finished, more than even these two will have been followed to their tragic conclusions. Each of the sinister puzzles seems to circle back around to Gary, the frightened nephew, and also to that seemingly straight-arrow suburbia he's fleeing.

Warrenstown, New Jersey, is also where Scott, Gary's dad, grew up. The trouble is that Helen's husband is part of the problem, not the solution. And while Bill, Lydia, and young Gary are trying to expose to fresh air the secrets from the past that keep festering (and killing), the villains (those with a deep interest in preserving reputations, as well as the legendary local football team, at all costs) want nothing more than to stop them.

It may be unusual territory, but S.J. Rozan can now be listed alongside Harlan Coben and Janet Evanovich as writers helping to give New Jersey the right kind of bad name. --Otto Penzler