Items related to In the Way of Our Grandmothers: A Cultural View of...

Home Susie, Debra Anne In the Way of Our Grandmothers: A Cultural View of ...
Stock Image 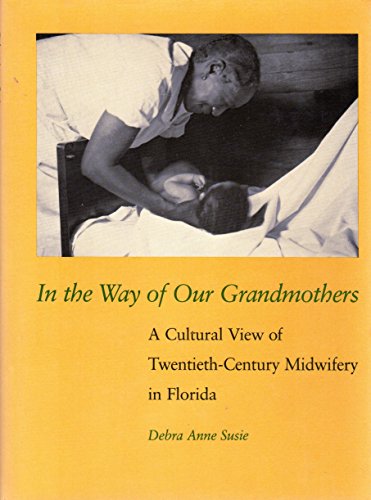 In the Way of Our Grandmothers: A Cultural View of Twentieth-Century Midwifery in Florida

Title: In the Way of Our Grandmothers: A Cultural ...

Based on the accounts of midwives, their descendants, and the women they served, In the Way of Our Grandmothers tells of the midwife's trade―her principles, traditions, and skills―and of the competing medical profession's successful program to systematically destroy the practice.

The rural South was one of the last strongholds of the traditional "granny" midwife. Whether she came by her trade through individual choice or inherited a practice from an older relative, a woman who accepted the "call" of midwife launched a lifelong vocation of public service. While the profession was arduous, it had numerous rewards. Midwives assumed positions of leadership within their communities, were able to define themselves and their actions on their own terms, and derived a great sense of pride and satisfaction from performing a much-loved job.

Despite national statistics that placed midwives above all other attendants in low childbirth mortality, Florida's state health experts began in the early twentieth century to view the craft as a menace to public health. Efforts to regulate midwives through education and licensing were part of a long-term plan to replace them with modern medical and hospital services. Eager to demonstrate their good will and common interest, most midwives complied with the increasingly restrictive rules imposed by the state, unknowingly contributing to the demise of their own profession.

The recent interest of the youthful middle class in home birth methods has been accompanied by a rediscovery of the midwife's craft. Yet the new midwifery represents the state's successful attainment of a long-awaited goal: the replacement of the traditional lay midwife with the modern nurse-midwife. In the Way of Our Grandmothers provides a voice for the few women in the South who still remember the earlier trade―one that evolved organically from the needs of women and existed outside the realms of men.

DEBRA ANNE SUSIE holds a doctorate in humanities and works with Florida Impact, a social and economic justice group.