Items related to O Westport In The Light Of Asia Minor 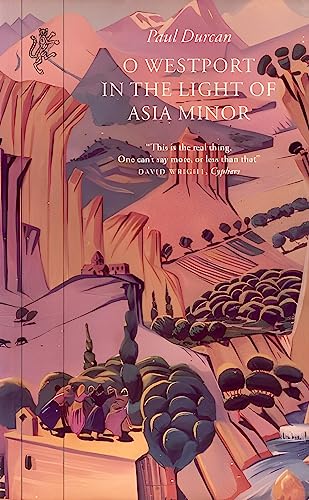 O Westport In The Light Of Asia Minor

Title: O Westport In The Light Of Asia Minor

Paul Durcan is one of Ireland's foremost poets. He was born in Dublin in 1944. His first book, Endsville, has been followed by more than twenty others, including The Berlin Wall Café, Daddy, Daddy, A Snail in My Prime: New and Selected Poems, Cries of an Irish Caveman: New Poems, The Art of Life, and The Laughter of Mothers. In 2009 he published a selection of his work from the previous forty years in one volume, Life is a Dream. In 2001 Paul Durcan received a Cholmondeley Award. He was the Ireland Professor of Poetry 2004-2007. In 2009 he was conferred with an honorary degree by Trinity College, Dublin. He is a member of Aosdána.