Items related to This Is Where We Live: Short Stories by 25 Contemporary...

Home This Is Where We Live: Short Stories by 25 Contemporary North ...
Stock Image 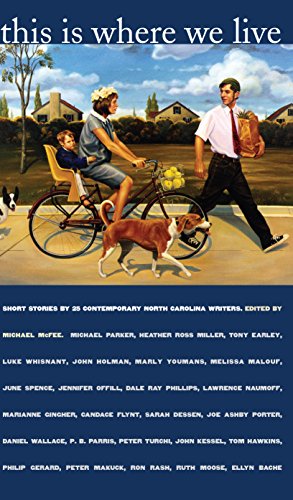 This Is Where We Live: Short Stories by 25 Contemporary North Carolina Writers

As readers across America know by now, North Carolina has produced a remarkable number of talented fiction writers in recent years. This anthology collects twenty-five short stories, all published within the past decade and a half, by some of the best of those writers.

This Is Where We Live showcases a rising generation of North Carolina authors whose work reflects the fast-changing realities of the state's landscape, culture, and people. Their roots may be southern, but their words will resonate with anyone anywhere who appreciates first-rate fiction.

A broad and balanced collection, This Is Where We Live offers something for everyone. Though the stories range widely in setting, character, tone, and even form--from "short shorts" to novellas--they are united by the skill with which they are written. In short, the book offers powerful confirmation that North Carolina's literary culture continues to flourish.

"[McFee] has put together an anthology that boldly explores a broad range of experiences and makes even the most exotic vividly familiar. These stories entertain without yielding to nostalgia; they wrestle with the exigencies of today and offer hope for community within rapidly shifting social and literal geographies. Take these twenty-five writers as a measure of the current literary vitality in the Old North State, and expect the Carolina renaissance to have a vibrant future."-- Southern Cultures