Items related to White Women Writers and Their African Invention 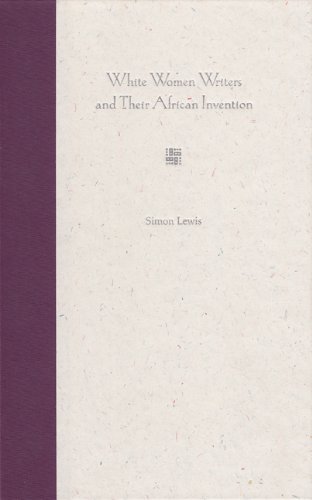 "A pioneering book . . . original in its arguments, thorough in its presentation of the complex contexts of the white woman writer in Africa, and sophisticated in its set of readings and in its combination of biography, social history, and criticism."--Simon Gikandi, University of Michigan

Framing new boundaries for postcolonial and gender studies, this literary history examines the lives and works of two of the most controversial writers about Africa, Olive Schreiner and Karen Blixen (writing under the pseudonym Isak Dinesen). Each forged a complex literary and social identity from her experience as a white woman settler in a culture dominated by men.

Through subtle readings of key texts such as Schreiner's The Story of an African Farm (1883) and Blixen's Out of Africa (1937), Simon Lewis questions the established orthodoxy of colonial politics today. With a meditative approach he attributes to his upbringing as a white child growing up in the Western Cape, he argues that white women writers were forced to view the historical landscape of Africa from an interior and subjective point of view. He maintains that these authors--privileged because of their social class and race but marginalized because of their gender--transformed the split in their own lives into motivation for their fiction and into a fundamental aspect of their stories. They were rebellious women divided between the Europe they sought to escape and the Africa they tried to domesticate; they turned to narrative to confront the problem of discrimination without escaping the practice themselves. The book shows the lasting effects of their work on other writers, both black and white, and on local populations and international preconceptions about Africa.

This sensitive analysis of white women who lived and wrote in an imperial culture illuminates the intersection of European and African literature. Its rigorous discussion of what it meant to live and write in a society defined by contending social and political forces will be important to students of comparative literature as well as literary and colonial theory.

Simon Lewis is associate professor of English at the College of Charleston. He has edited annual issues of Illuminations: An International Magazine of Contemporary Writing and has published articles on South and East African authors in such journals as A Review of International English Literature and Research in African Literatures.

"A pioneering book ... original in its arguments, thorough in its presentation of the complex contexts of the white woman writer in Africa, and sophisticated in its set of readings and in its combination of biography, social history, and criticism."