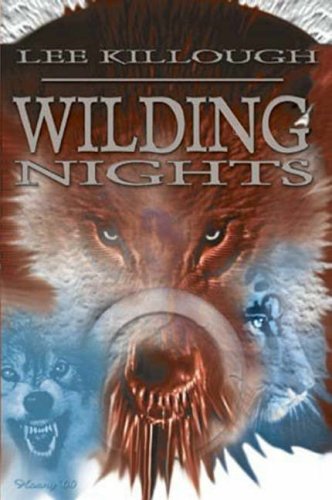 Minor edge and corner wear, gently scuffed, overall a very crisp and clean first edition, almost new and unread condition! Gift Quality! 353 unmarked and uncreased, spine-tingling and hair--raising pages! Inscribed by the author on the title page! "Homicide detective Allison Goodnight has a big problem. One look at the mutilated victim in her latest case tells her he has been killed by a rogue werewolf. She ought to know; she's a werewolf, too. Her whole family is----members of an ancient species separate from humans but passing as human." Size: 8vo - over 7ľ" - 9ľ" tall. Bookseller Inventory # 023402

Homicide detective Allison Goodnight has a big problem. One look at the mutilated victim in her latest case tells her he has been killed by a rogue werewolf. She ought to know; she's a werewolf, too. Her whole family is--members of an ancient species separate from humans but passing as human. It is urgent that she close this case, without revealing the killer's nature, before more people die and humans' racial memory of her kind reawakens. But the killer is a stranger unknown to any of the local clan...and her new partner is watching her with unnerving intensity. If he sees too much, she may have to turn killer herself to protect her people. Zane Kerr has a problem. He was excited to be working with the detective having the highest clearance rate in the department, but Allison's secretive conduct of this case disturbs him. And when the description of a mysterious blonde woman seen with the victim matches a number of Allison's relatives, and even Allison herself, he has to wonder if she is trying to protect, not catch, the killer. One way or another he is determined to find out.

Thanks for visiting this page to check out Wilding Nights. I don't bother writing stories unless they excite me, but this one was especially fun to write...working out the details of werewolf existence...solving in my own way the question of changes of body mass and what happens to the clothes. I could say I had a howling good time with it...but that's a terrible pun so I won't say it. However, working on Wilding, I did hate quitting to go to bed and could hardly wait to resume work on it in the morning. The book grew out of a comment made by Stephen Pagel here at Meisha Merlin...that he would like to see a book with werewolves given a treatment similar to what I did with vampires. I knew I could do that. I already had a short story with a werewolf cop...never published because I couldn't come up with an ending that felt right. I always felt good about the opening, though, which flung us straight into the middle of the story. The book opens with exactly! the same paragraph...only this time the story plays out to an ending I like. And I LOVE the cover!