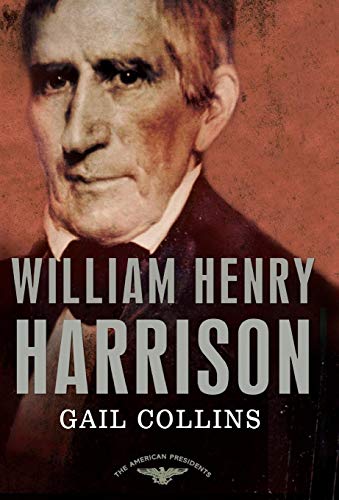 William Henry Harrison died just thirty-one days after taking the oath of office in 1841. Today he is a curiosity in American history, but as Gail Collins shows in this entertaining and revelatory biography, he and his career are worth a closer look. The son of a signer of the Declaration of Independence, Harrison was a celebrated general whose exploits at the Battle of Tippecanoe and in the War of 1812 propelled him into politics, and in time he became a leader of the new Whig Party, alongside Daniel Webster and Henry Clay. But it was his presidential campaign of 1840 that made an indelible mark on American political history.

Collins takes us back to that pivotal year, when Harrison's "Log Cabin and Hard Cider" campaign transformed the way candidates pursued the presidency. It was the first campaign that featured mass rallies, personal appearances by the candidate, and catchy campaign slogans like "Tippecanoe and Tyler, Too." Harrison's victory marked the coming-of-age of a new political system, and its impact is still felt in American politics today. It may have been only a one-month administration, but we're still feeling the effects.

About the Author: Gail Collins is an op-ed columnist for The New York Times, where she previously served as editorial page editor―the first woman to hold that position. She is the author of When Everything Changed: The Amazing Journey of American Women from 1960 to the Present; America's Women: 400 Years of Dolls, Drudges, Helpmates, and Heroines; and Scorpion Tongues: Gossip, Celebrity, and American Politics. She lives in New York City with her husband, Dan Collins.

Book Description Condition: Good. The item shows wear from consistent use, but it remains in good condition and works perfectly. All pages and cover are intact (including the dust cover, if applicable). Spine may show signs of wear. Pages may include limited notes and highlighting. May NOT include discs, access code or other supplemental materials. Seller Inventory # 31UIGP0021KK_ns

Book Description Times Books, 2012. Hardcover. Condition: Good. Connecting readers with great books since 1972. Used books may not include companion materials, some shelf wear, may contain highlighting/notes, may not include cdrom or access codes. Customer service is our top priority!. Seller Inventory # S_277533273

Book Description Times Books, 2012. Condition: Good. A+ Customer service! Satisfaction Guaranteed! Book is in Used-Good condition. Pages and cover are clean and intact. Used items may not include supplementary materials such as CDs or access codes. May show signs of minor shelf wear and contain limited notes and highlighting. Seller Inventory # 0805091181-2-4