Items related to The World Atlas of Wine 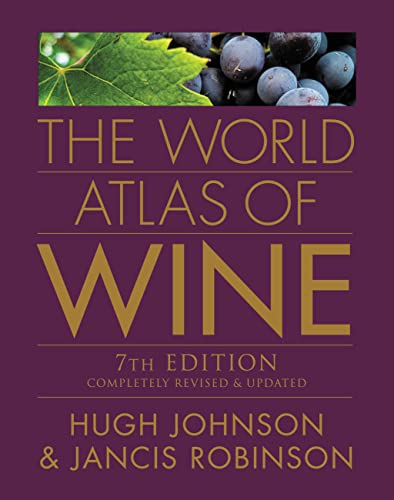 The World Atlas of Wine

Title: The World Atlas of Wine

The seventh edition will confirm the status of The World Atlas of Wine as the most essential and authoritative wine reference work. Reflecting the changing nature of the wine scene, the Atlas details developments in climate, technique and fashion as well as new regulations made over the last six years. A new Australian map highlights the importance of cool-climate regions as global warming takes effect, for example,while dynamic regions such as coastal Croatia, South Africa's Swartland and Ningxia in China are covered for the first time. The world's increasing appetite for wine is matched by a growing thirst for knowledge,which this book will amply satisfy.

Jancis Robinson's award-winning books Vines, Grapes and Wine (1986) and the hugely successful Oxford Companion to Wine (1994, 1999, 2006), are landmarks in wine literature. Jancis is the Financial Times' wine correspondent and is critically acclaimed as the "woman who makes the wine world gulp when she speaks" (USA Today) and "our favorite wine writer" (Playboy). Jancis was the first person outside the wine trade to qualify as a Master of Wine, in 1984. She was awarded an OBE in 2003 and the Officier de l'Ordre du Mérite Agricole in 2010 by the French Minister of Agriculture.

Hugh Johnson has led the world of wine writing in many new directions over the 40 years since his first book, Wine, was published. The World Atlas of Wine, his Wine Companion (now in its sixth edition), the annual Pocket Wine Book (since 1977), The Story ofWine, and his memoir, A Life Uncorked, have all been best-sellers. Indeed, his Pocket Wine is the
world's best-selling annual wine book. His unique approach, serious and informed, yet entertaining and unpretentious, has earned him the admiration of wine lovers all over the world. In 2007, Hugh was awarded an OBE for services to winemaking.