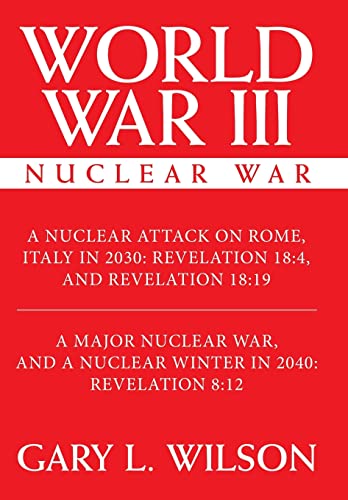 Author Gary L. Wilson has studied the Bible extensively for many years with the goal of saving the American people and the people in Europe who will be caught in the famine of the Antichrist. In World War III: Nuclear War, he provides Biblical evidence of how to prevent nine possible nuclear wars between the Pentagon and the Antichrist who will use the nuclear arsenals of Russia, the former Soviet nations, and Europe to threaten the world during World War III.

Wilson offers an extensive discussion of the political, social, and spiritual implications of the coming warfare--and what changes have already happened in Europe to make it possible for the Antichrist to start World War III in AD 2030. He tells the public how to prepare for the coming end times so they can be strong in their faith and look forward to peace with God. He also explains how to decipher the prophetic words and symbols found in the book of Revelation.