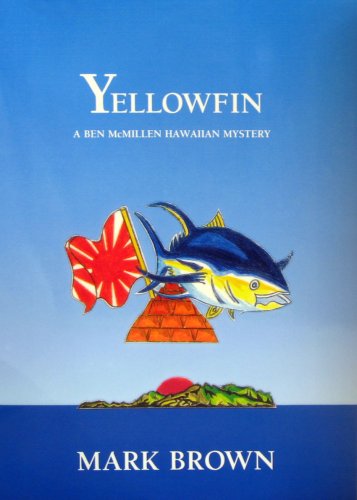 Synopsis: Ben McMillen investigates the mysterious murder of an old man who had been a Japanese spy during World War II

From Publishers Weekly: In this follow-up to the simultaneously published Game Face , Hawaiian ex-cop Ben McMillen finds himself back on the Kona police force after a a brief retirement spent operating a Maui surf shop. When the badly mangled body of an aged Japanese man washes ashore on the Big Island, a tattoo identifies him as a former spy, and Ben is caught in a web of surprising secrets that stretches back to the days just prior to the attack on Pearl Harbor. A trail of clues leads him through the lush groves of Kona coffee and macadamia nut growers, as well as into the dangerous turf of the Kona Gold (marijuana) farmers. Ben's ultimate discovery of the dead spy's courageous humanistic actions changes his attitudes about WW II. Brown's ambitious second effort surpasses Game Face on most levels. Although Ben himself remains a bit stiff, portraits of the murder suspects and victims are more carefully drawn and considerably heighten the intrigue. Native island lore again infuses the action with a distinctive flair. Readers will forgive the slightly muddled plotting in light of the book's page-turning pace.
Copyright 1992 Reed Business Information, Inc.

Book Description Ox Bow Press, 1992. Condition: Good. Ships from Reno, NV. Shows some signs of wear, and may have some markings on the inside. Seller Inventory # GRP110990942

Book Description Ox Bow Press. Hardcover. Condition: Good. A copy that has been read, but remains in clean condition. All pages are intact, and the cover is intact. The spine may show signs of wear. Pages can include limited notes and highlighting, and the copy can include previous owner inscriptions. At ThriftBooks, our motto is: Read More, Spend Less. Seller Inventory # G0918024935I3N00

Book Description Ox Bow Press. Hardcover. Condition: Very Good. A copy that has been read, but remains in excellent condition. Pages are intact and are not marred by notes or highlighting, but may contain a neat previous owner name. The spine remains undamaged. At ThriftBooks, our motto is: Read More, Spend Less. Seller Inventory # G0918024935I4N00

Book Description Ox Bow Pr, 1992. Condition: Good. A+ Customer service! Satisfaction Guaranteed! Book is in Used-Good condition. Pages and cover are clean and intact. Used items may not include supplementary materials such as CDs or access codes. May show signs of minor shelf wear and contain limited notes and highlighting. Seller Inventory # 0918024935-2-4