Home Joseph E Milliner The angel and the eagle 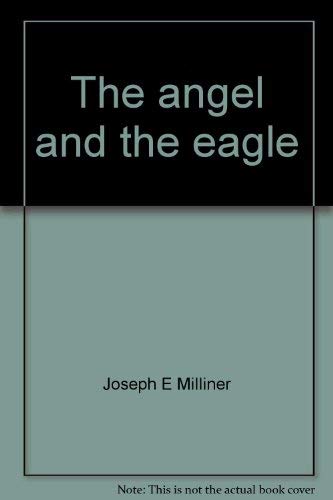 The angel and the eagle

Synopsis: The Angel and the Eagle is a True Story. A story that no matter what part of the world you live in you will feel yourself as a part of the events that took place. Joe, a pilot in WWII and also a POW, Prisoner of War. Never depicting himself as a Hero for any of his sweat and times of being frightened in battle in WWII. Joe, loving his country and family, fighting for what he believed in , his government. Joe tells in this book of his lost son, who was a Cobra Pilot in the war against Vietnam. Father & Son both pilots; two different wars. Joe tells of his disgust with the government agencies. He tells how his family and him were lied to by the agencies DIA, CIA, DOD, DPMO, JCRC and much more. Joe tells about the Cover Up and the mind to debunk - harassment. The many documents that eventually Proved his son to be Alive. The many people who tried to Rescue his son from his captures. This book contains government documents, some marked Secret as to what happened to William Patrick Milliner - Billy. Read and know the Truth about your government. Read this True Story as Joe lays it on the line. This story grabs your heart while it jerks your anger almost to explosion. As you read and see government documents that are plain and clear enough for any 2 year old to see the cover-up. Read and know the Truth as Joe lays it on the line. Nearly 600 Americans were lost in Laos during the Vietnam War. The Pathet Lao stated many times that they held "tens of tens" of American prisoners. Laos was not included in negotiations ending US involvement in the war. The US has never negotiated for the freedom of these men. William Patrick Milliner, Rank: W1, US Army, Troop B, 7th Squadron, 1st Cavalry, 164th Aviation GDOB: 6-12-50, Home City: Louisville, KY Date of loss: 6-6-71 over Laos, Category 1 status in 1973, MIA, AH1G Cobra Pilot.

1. The angel and the eagle

Book Description Paperback. Condition: Good. Item is in good condition. Some moderate creases and wear. This item may not come with CDs or additional parts including access codes for textbooks. Might be an ex-library copy and contain writing/highlighting. Seller Inventory # DS-0966685202-3

2. The angel and the eagle

3. The angel and the eagle

Book Description J.E. Milliner, 1998. Condition: Good. A+ Customer service! Satisfaction Guaranteed! Book is in Used-Good condition. Pages and cover are clean and intact. Used items may not include supplementary materials such as CDs or access codes. May show signs of minor shelf wear and contain limited notes and highlighting. Seller Inventory # 0966685202-2-4

4. The angel and the eagle

5. THE ANGEL AND THE EAGLE

6. The angel and the eagle

7. The angel and the eagle

8. The Angel and the Eagle

Book Description Self, Shepherdsville, Kentucky, 1998. Cloth. Condition: Near Fine. Dust Jacket Condition: Near Fine. Edition not Stated. This 274 pp.book is a fascinating account of the author's 2 years as a Prisoner of War in Vietnam, and his 25 year obsession since, concerning the whereabouts of an American, he saw only once in the P.O.W. camp. He has determined that he was a Warrant Officer from Louisville, Kentucky, and that he never came home. Genuinely signed by the author on the title page. Photos upon request. Size: 8vo - over 7¾" - 9¾" tall. Signed by Author. Hardback. Seller Inventory # 41253

9. The angel and the eagle