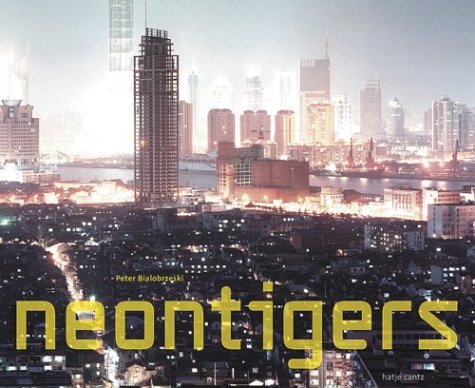 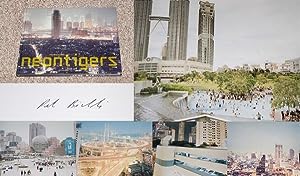 About this Item: Ostfildern-ruit, Germany: Hatje Cantz Publishers, 2004. Hardcover. Condition: As New. 1st Edition. 1st Printing. Signed. 115 pages. Published in 2004. Collection of panoramic color photographs. One of the greatest photography books of our time. The First Hardcover Edition. Precedes and should not be confused with all other subsequent editions. Published in a small and limited first print run as a hardcover original only. The First Edition is now rare. A brilliant production by Peter Bialobrzeski: Oversize-volume format. The book weighs 3 pounds. Pictorial hard boards with titles on the cover and spine, as issued. Photographs by Peter Bialobrzeski. Essays by Florian Hanig and Christof Ribbat. Printed on pristine-white, thick coated stock paper in Germany to the highest standards. Without DJ, as issued. Presents Peter Bialobrzeski's "Neon Tigers". Photographs of the "mega-tropolis", made possible by the economic miracle of Asia's "tiger economies". The "Neon Tigers" are Shanghai, Shenzhen, Hong Kong, Singapore, Bangkok, and Kuala Lumpur. There are shelves of books on the explosive and seemingly unstoppable growth of China, once a "sleeping giant", which owned more than $2 trillion in US treasury bonds as of 2004, and counting. Peter Bialobrzeski's "eye-opening, visually rich, and resonant photographs were all taken using well, a camera. But the resulting images give new meaning to 'futuristic', 'larger-than-life', and 'absurd', presenting a world-view that appears as a series of dream-images from an eccentric director or computer-game designer" (Publisher's blurb). Is this Progress, as Western capitalism envisioned it, or is this barbarism, as some critics and scholars have called it? Neither. It is Power Made Visible, as only photography (rather than say, painting) can depict. Bialobrzeski's images are not about fantasies but new realities: While America = suburbia, Asia = the city. The city's most visible art, architecture, and architecture's most powerful invention, the skyscraper, are visible proof that if the 20th was the American century, the 21st is, at least in part, the Asian century. Bialobrzeski has emerged as one of the leading figures of the inevitable revolt against the Dusseldorf School. He is a neo-Romantic who believes that the messiness and rich ambiguities of modern life are the great subject of contemporary photography. Whereas Robert Polidori and Andreas Gursky are clearly awed by the gleaming vistas they photograph, Bialobrzeski is not. He sees painful ironies everywhere. For example, whereas European and American cities still have a center, the Neon Tigers have shopping centers. He asks two crucial questions: What is the cost in human terms Asians have had to pay in their single-minded pursuit of prosperity? Is the idea of the human scale still possible in the 21st century? His photographs represent his attempt at some answers. An absolute "must-have" title for Peter Bialobrzeski collectors. This copy is very prominently and beautifully signed in black ink-pen on the title page by Peter Bialobrzeski. It is signed directly on the page itself, not on a tipped-in page. This title is a great art photography book. As far as we know, this is the only such signed copy of the First Hardcover Edition/First Printing available online and is in especially fine condition: Clean, crisp, and bright, a pristine beauty. A rare signed copy thus. 50 color plates. One of the most brilliant photographers of our time. A fine collectible copy. (SEE ALSO OTHER ANDREAS GURSKY, ROBERT POLIDORI, AND MICHAEL WOLF TITLES IN OUR CATALOG) ISBN 3775713948. Signed by Author. Seller Inventory # 15495