You searched for:
Keywords: the tragedy of king lear the temple shakespeare shakespeare william
Edit your search
Results (1 - 9) of 9

About this Item: MacMillan Company, New York, 1912. Hardcover. Condition: Good+. Edited with notes and an introduction by Philo Melvyn Buck, Jr. From the Preface, "The text of this edition of King Lear is in general the one followed by the editor of the Temple Shakespeare. In places, however, where there is a choice between the Quarto and the Folio readings, the editor has followed the Folio, which he feels gives Shakespeare's revision of the earlier text." Ships same or next business day. Notes in pencil on endpapers, notes/markings in pen and pencil throughout text. Spine is skewed and slightly loose. Normal edge and shelf wear. 1.5-inch tear on page 8. Boards are gently curved. Bumps and small tears on corners and spine ends. Soiling, tanning, and light foxing to edges of pages. Discoloration to boards. No dust jacket. ; 24mo 5" - 6" tall; 257 pages. Seller Inventory # 77337

About this Item: Living Shakespeare, New York, 1962. Stapled Wrappers. Condition: Near Fine. No Jacket. 1st Edition. 3 of these volumes were published in 1962; Hamlet was published in 1961. They are all in Very Good to Near Fine condition, save for a small scrape on the front cover of the Macbeth volume. They all contain the New Temple Notes and a Glossary. Seller Inventory # 10053

Published by The Temple Shakespeare Each volume with an original etching reflecting the content Each volume with Preface and Glossary by Israel Gollancz : J M Dent & Sons 1903 1910 1902 (1902) 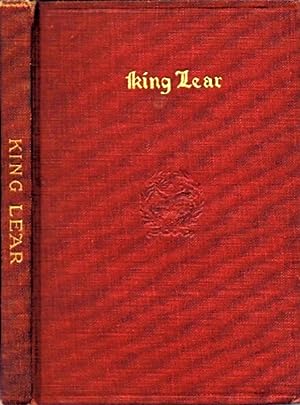 King Lear: From the Cambridge Text of William Aldus Wright, with Introduction and Notes by Israel Gollancz, editor of the Temple Shakespeare 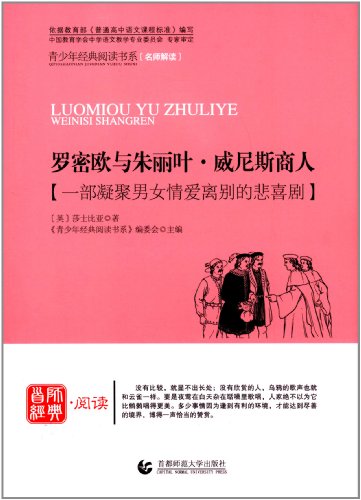 Shakespeare's Tragedy of King Lear. With preface and glossary by Israel Gollancz. The Temple Shakespeare. 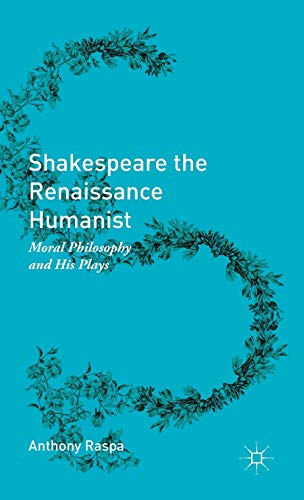 Shakespeare the Renaissance Humanist : Moral Philosophy and His Plays

About this Item: Palgrave Macmillan US Jan 2016, 2016. Buch. Condition: Neu. Neuware - Shakespeare the Renaissance Humanist is a study of the moral philosophy that underlay the 'street' humanism in the mind of Shakespeare's spectator when he went to see Hamlet or King Lear at the Globe. The work examines the currents of thought at the basis of this humanism to show how it functioned as a sort of everyday philosophy in the spectator's life and in the lives of Shakespeare's characters. Ideas inherited from the Ancient pagans and the medieval period were commingled daily as a matter of fact. The faculty of the reason in each person was a source of spiritual experience and speculation that were lived easily at one and the same time. As we see in the person of Hamlet, there was no contradiction between spiritual thought and speculation about the outside world. Pagan attitudes to immortality in the metaphysics of this humanism conjoined without conflict with Christian beliefs about the ultimate ends of life, and these attitudes and beliefs are found argued out in Titus Andronicus. The ideal of wisdom based on the tenets of this metaphysics was much spoken about in moral philosophy. In Shakespeare's day the ideal was referred to repeatedly in terms of the dictum 'Know Thyself' that was carved over the entrance to the temple of Apollo in Ancient times, and the actions of Lear and his courtier Gloucester are spoken of from the beginning of their tragedy to its end in terms of their apprenticeship in wisdom. Through the humanism that lay behind it, moral philosophy found its expression freely in all aspects of Shakespeare's theatre. 208 pp. Englisch. Seller Inventory # 9781137581112 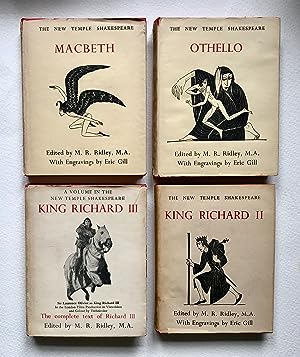 About this Item: J. M. Dent and Sons, London, 1949. Hardcover. Condition: Near Fine. Dust Jacket Condition: Very Good. Eric Gill (illustrator). A Collection of 24 Titles from Shakespeare. Also the introductory volume William Shakespeare a Commentary. Published under the title of The New Temple Shakespeare. Edited by M. R. Riley with preface notes and glossary to each volume. Illustrated by Eric Gill. Published by J.M. Dent & Sons in London and E.P. Dutton in New York. First published in 1934; these are reprints dating from 1949 to 1965. Hardcover. Size: 5 1/4 x 4 1/4 inches. Red cloth boards with gilt decoration and lettering. The buff coloured jacket shows the same illustration that is on the title page. There are 4 illustrations that vary according to the whether the play is a History, Comedy, Romance or Tragedy. Only one is not by Eric Gill. This, Richard III, shows a photograph Sir Laurence Olivier in the role of King Richard in The London Films Production of the play. The picture within however is by Eric Gill. The picture on the front of the commentary is a woodcut by Eric Gill after the Durnford portrait. Condition of Books: Very Good. The books are generally clean and only a little rubbed at the corners and spine. There are occasional marks within but none of significance. Each has a previous owner's name, written in pen, on the first endpaper. The jackets are often marked and worn with short tears, but generally complete. Only one, The Commentary, is broken; the spine is missing so it is in two parts. Another All's well that Ends Well is marked as from a coffee spill and has significant loss to the spine. All are price clipped. A heavy set. Additional postage will be necessary. Seller Inventory # 001090