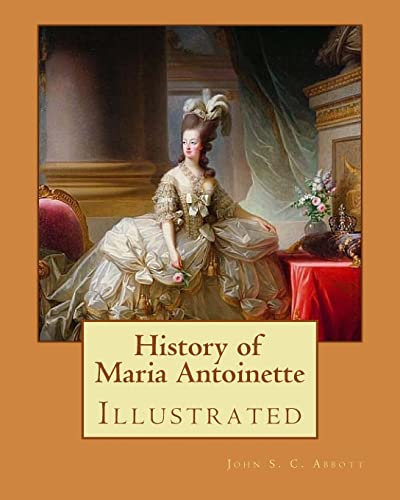 About this Item: Createspace Independent Publishing Platform, United States, 2017. Paperback. Condition: New. Language: English. Brand new Book. Marie Antoinette ( born Maria Antonia Josepha Johanna; 2 November 1755 - 16 October 1793) was the last Queen of France before the French Revolution. She was born an Archduchess of Austria, and was the penultimate child of Empress Maria Theresa and Francis I, Holy Roman Emperor. In April 1770, upon her marriage to Louis-Auguste, heir apparent to the French throne, she became Dauphine of France. On 10 May 1774, when her husband ascended the throne as Louis XVI, she assumed the title Queen of France and Navarre, which she held until September 1791, when, as the French Revolution proceeded, she became Queen of the French, a title she held until 21 September 1792. After eight years of marriage, Marie Antoinette gave birth to a daughter, Marie Thérčse of France, the first of her four children. Despite her initial popularity, a growing number of the population eventually came to dislike her, accusing her of being profligate, promiscuous, [2] and of harbouring sympathies for France's enemies, particularly her native Austria.[3] The Affair of the Diamond Necklace damaged her reputation further. During the Revolution, she became known as Madame Déficit because the country's financial crisis was blamed on her lavish spending and her opposition to the social and financial reforms of Turgot and Necker. During the Revolution, after the government had placed the royal family under house arrest in the Tuileries Palace in October 1789, several events linked to Marie Antoinette, in particular the June 1791 attempted flight to Varennes and her role in the War of the First Coalition, had disastrous effects on French popular opinion. On 10 August 1792, the attack on the Tuileries forced the royal family to take refuge at the Assembly, and on 13 August the family was imprisoned in the Temple. On 21 September 1792, the monarchy was abolished. After a two-day trial begun on 14 October 1793, Marie Antoinette was convicted by the Revolutionary Tribunal of high treason and executed by guillotine on the Place de la Révolution on 16 October 1793. John Stevens Cabot Abbott (September 19, 1805 - June 17, 1877), an American historian, pastor, and pedagogical writer, was born in Brunswick, Maine to Jacob and Betsey Abbott.John Stevens Cabot Abbott (September 19, 1805 - June 17, 1877), an American historian, pastor, and pedagogical writer, was born in Brunswick, Maine to Jacob and Betsey Abbott. Early life He was a brother of Jacob Abbott, and was associated with him in the management of Abbott's Institute, New York City, and in the preparation of his series of brief historical biographies. Dr. Abbott graduated at Bowdoin College in 1825, prepared for the ministry at Andover Theological Seminary, and between 1830 and 1844, when he retired from the ministry in the Congregational Church, preached successively at Worcester, Roxbury and Nantucket, all in Massachusetts.[1] Literary career Owing to the success of a little work, The Mother at Home, he devoted himself, from 1844 onwards, to literature. He was a voluminous writer of books on Christian ethics, and of popular histories, which were credited with cultivating a popular interest in history. He is best known as the author of the widely popular History of Napoleon Bonaparte (1855), in which the various elements and episodes in Napoleon's career are described. Abbott takes a very favourable view towards his subject throughout. Also among his principal works are: History of the Civil War in America (1863-1866), and The History of Frederick II, Called Frederick the Great (New York, 1871). He also did a forward to a book called Life of Boone by W.M. Bogart, about Daniel Boone in 1876. In general, except that he did not write juvenile fiction, his work in subject and style closely resembles that of his brother, Jacob Abbott. Seller Inventory # APC9781978267541

About this Item: Condition: As New. Unread book in perfect condition. Seller Inventory # 31635690

Add to Basket
Used
Condition: As New
US$ 9.63
Convert currency
Shipping: US$ 19.96
From United Kingdom to U.S.A.
Destination, rates & speeds

About this Item: Condition: As New. Unread book in perfect condition. Seller Inventory # 31635690

About this Item: The Superior Printing Company, Akron, Ohio. Hardcover. Condition: Very Good-. An edition that is Very Good- and has soiling and other general wear to the boards and pages. There is a portion of the upper spine that is torn away from the binding ; 263 pages. Seller Inventory # 124027 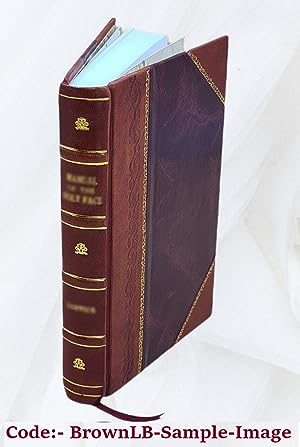 About this Item: Leather Bound. Condition: New. CHOOSE ANY LEATHER COLOR OF YOUR CHOICE WITHOUT ANY EXTRA CHARGES, JUST OPEN "View Larger Image" BUTTON JUST BELOW THE BOOK IMAGE AND MAIL US YOUR CHOICE. Our book has Leather Binding on Spine and Corners with Golden Leaf Printing on round Spine. Reprinted in (2018) with the help of original edition published long back (1901). This book is printed in black & white, sewing binding for longer life, Printed on high quality Paper, re-sized as per Current standards, professionally processed without changing its contents. As these are old books, we processed each page manually and make them readable but in some cases some pages are blur or missing or black spots. If it is multi volume set, then it is only single volume, if you wish to order a specific or all the volumes you may contact us. We expect that you will understand our compulsion in these books. We found this book important for the readers who want to know more about our old treasure so we brought it back to the shelves. Hope you will like it and give your comments and suggestions. Lang: -eng , Pages 298 , Print on Demand.{FOLIO EDITION IS ALSO AVAILABLE.}; Seller Inventory # LB1111011032160

About this Item: Createspace Independent Publishing Platform, 2017. PAP. Condition: New. New Book. Delivered from our UK warehouse in 4 to 14 business days. THIS BOOK IS PRINTED ON DEMAND. Established seller since 2000. Seller Inventory # IQ-9781978267541 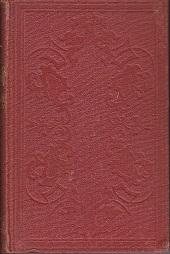