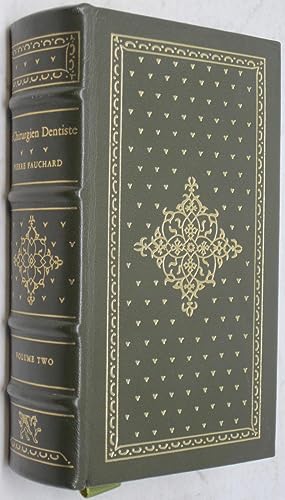 Le Chirurgien Dentiste, ou Traite des Dents: Being a Facsimile of the 1746 French Edition Together with the Lindsay English Translation of 1946: Volume Two (Classics of Dentistry Library)

Le Chirurgien Dentiste Ou Traite Des Dents Being a Facsimile of the 1746 French Edition Together with the Lindsay English Translation of 1946 .

Published by The Classics of Dentistry Library, Birmingham, AL (1980)

From: Inside the Covers (Lancaster, TX, U.S.A.)

About this Item: A Paris, 1961. Condition: Poor. Volumes 1 and 2.This book has hardback covers. Ex-library, With usual stamps and markings, In poor condition, suitable as a reading copy. Seller Inventory # 3853001 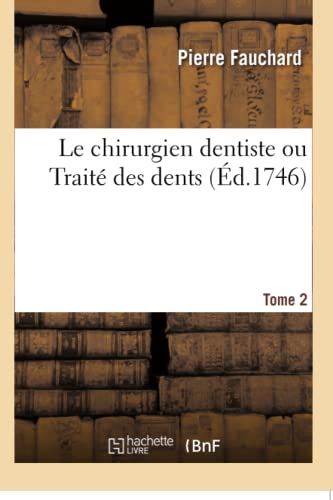 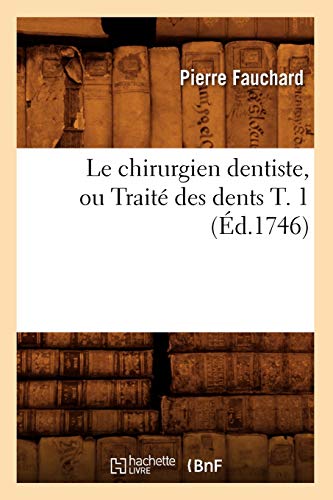 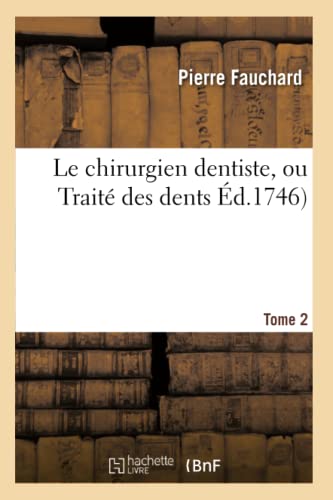 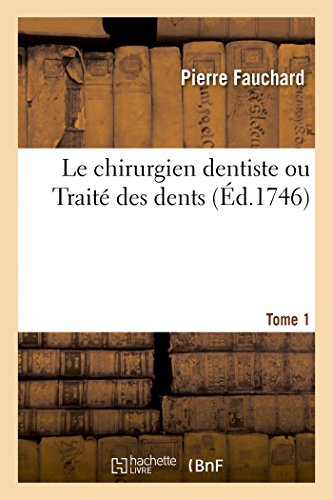 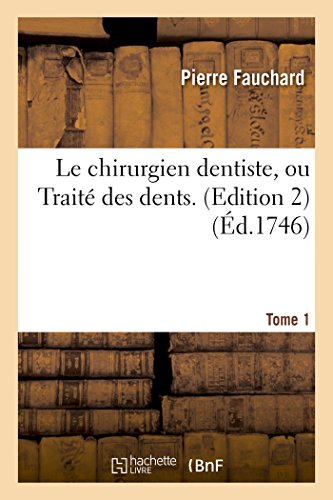 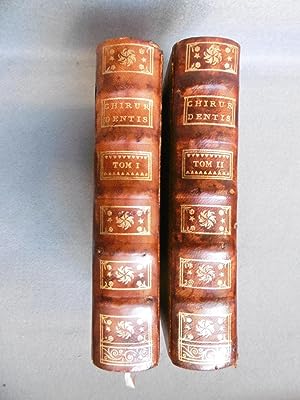 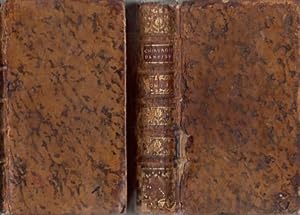 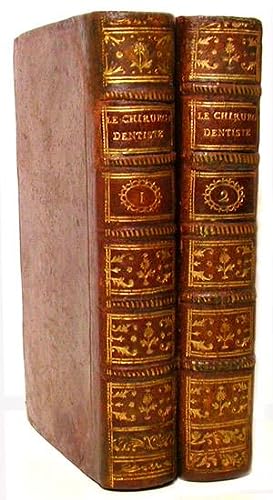 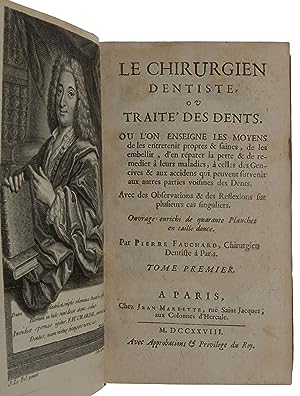 About this Item: Jean Mariette, Paris, 1728. First edition. FAUCHARD'S PIONEERING TREATISE ON DENTISTRY - "THE FIRST SCIENTIFIC WORK ON ITS SUBJECT" (PMM). First edition of Fauchard's pioneering work in the field of modern dentistry. "Before Fauchard's time the profession of dentistry was truly a 'mystery: for its practitioners had steadfastly refrained from publishing details of their technique and equipment. Fauchard summarized in his pages with numerous illustrations all that was best in the practice of his day and disclosed what had been hitherto jealously guarded secrets. Le Chirurgien Dentiste - 'The Surgeon-Dentist, or a Treatise on the Teeth with instruction on the means of maintaining them Sound and Healthy'- is in fact the first scientific work on its subject, and modern dentistry begins with its publication. Fauchard describes in the fullest detail the procedure in operative dentistry, in the filling of teeth and most especially in prosthesis, which is that part of dental surgery concerned with artificial dentures, bridge work and the like. He was especially novel in his methods for correcting irregularities and was the first, for example, to describe the use of metal bands or braces for this purpose. The illustrations he gives of the instruments used in his practice show how advanced his methods were. He used antiseptic methods in filling teeth long before the germ theory of infection" (PMM). "The work also contains the earliest use of the word 'dentiste' to describe Fauchard's profession. The first volume is devoted to the development, diseases and care of the teeth; it contains accurate descriptions of over 100 diseases of the mouth, along with explicit methods of treatment. The second volume, profusely illustrated, deals with operative dentistry, detailing procedures for filling teeth, constructing prostheses (dentures, bridgework, etc.) and orthodontia. Le Chirurgien Dentiste enjoyed a great success, and inspired an immediate increase in the number of important books by dental practitioners" (Norman). Rare in such fine condition as this copy. The Norman copy (Christie's New York, June 16, 1998, lot 439, $13,800) had "title patched in first volume, library stamp removed from title in second." Born in Brittany, at the age of 15 Fauchard (1678-1761) enlisted in the French navy against the wishes of his parents, and served for three years at sea. It was here that he was informally trained in dentistry, as the assistant to a talented ship's surgeon, Alexander Poteleret. He returned to the Brittany area in 1696, and opened his own practice in the university town of Angers. "At the time, dentistry was just emerging as a recognized medical specialty, and France was at the forefront of this development. For centuries, superstition and quack science dominated human knowledge about the care of the teeth and gums. Tooth decay was common due to poor hygiene in an era when dental care was non-existent, and the subsequent rotting of the tooth structure eventually led to painful toothaches, which Fauchard noted in his book was an affliction 'we all have.' Since ancient times, most people believed that tiny worms invaded the mouth and caused teeth to rot. Toothache remedies ranged from the bizarre-early Egyptians thought that the half-body of a still-warm dead mouse was an effective treatment for pain-to the useless, and most diseased teeth eventually had to be pulled. In an era before anesthesia, this was a painful experience that, if done improperly, could lead to infection and death. "In the cities of late Renaissance Europe, local barbers extracted diseased teeth for a fee, among the other minor surgical procedures and medical treatments they provided. In the countryside towns, itinerant tooth-pullers occasionally set up shop, and gathered a crowd of potential customers through deceptive practices. But France had been making notable advances in dentistry for many years prior to the time of Fauchard's career. The surgeon Guy de Chauliac, a professor at the University of Montpelier, left an impressive text on surgical procedures behind when he died in 1368, and it discussed several diseases of the mouth. De Chauliac's work was also the first written mention of the term 'dentista,' as well as 'dentator' and 'dentateur,' all of which referred to those who specialize in surgeries of the mouth. Later, a renowned French barber-surgeon of the sixteenth century, Ambrose Paré, made several advances in the treatment of gums and teeth. Other pioneers elsewhere in Europe, such as the Flemish anatomist Andreas Vesalius (1514-1564) and his Italian cohort, Bartolomeo Eustachi (d. 1574), left behind detailed scientific examinations of the human tooth and surrounding anatomy . "Fauchard called himself a 'Chirurgien Dentiste,' or surgeon dentist, in Angers. He was a talented practitioner, and was said to have been ambidextrous. His reputation grew, and he decided to move to Paris around 1718. Within a short time he was known as one of the best dentists in the city. He used his position to rail against the charlatans who, he claimed, often hoodwinked the crowd with the help of a paid "audience member" who came forward complaining of a toothache. The quack dentists would then surreptitiously insert a tooth wrapped in a membrane containing chicken blood on the pretext of examining the sufferer, and then would wave a hand or ring a bell, and the paid performer would spit the bloody tooth out, to the awe of the crowd. "Fauchard decided that education was the best way to combat the quackery and superstition that dominated dentistry. He set out to write the definitive book on the subject, and finished Le chirurgien dentiste (The Surgeon Dentist) in 1725. He then asked several respected professionals to review it for accuracy, and it was published in 1728. The Surgeon Dentist is an immense, two-volume work that is 863 pages in length. It was the first scientific text exclusively on the subject of teeth, and was soon translated into other languages and became the standar. Seller Inventory # 5119