If you could be any literary character, who would you be and why? We recently posed that question to our Facebook followers and received an overwhelming response in favor of female heroines. We chose ten of the most popular answers and thought about what it is that draws us to their personalities. What is it that makes us wish we could be like them?

The heroines on this list have many differences and similarities. They're old, they're young, they're rich, they're poor, they're good, they're bad, they both exasperate and endear themselves to those around them. Many of them are readers, or even writers.

In short? They're people. They're like us. And even though they're different ages than we are and have lived in different times and places than we have, each of them still has something relatable to offer to the modern reader. Something that inspires us to live differently than we currently do.

Here they are, the literary heroines we wish we could be.

To Kill a Mockingbird by Harper Lee

Forget "Jean Louise" - Scout knows that she can embrace her own identity, regardless of who others expect her to be. A young girl in the 1930s is trained to be polite, lady-like and submissive to authority. But Scout? She fights with the boys, speaks her opinion at every opportunity and occasionally even keeps the adults out of trouble. Plus, she's already an avid reader at six, which makes her instantly relatable to anyone who loves books.

Takeaway: Fight for truth and justice, even when it gets you in more than a little bit of hot water.

Clever, independent and brave, Nancy Drew really is the girl who has it all. She's still in high school, but she already has a stronger detective reputation than most adults. And, because her family is apparently quite wealthy, she's able to travel widely whenever she wants to, solving more cases wherever she goes. Let's admit it, we're probably more than a little bit jealous of her perfect life. But let's not forget that Nancy Drew is so accomplished because she chooses to be, not because she just is. She's far too ambitious to let opportunities idly pass her by.

Takeaway: Don't just dream - live. Use the resources you have to put your ambitions to work. 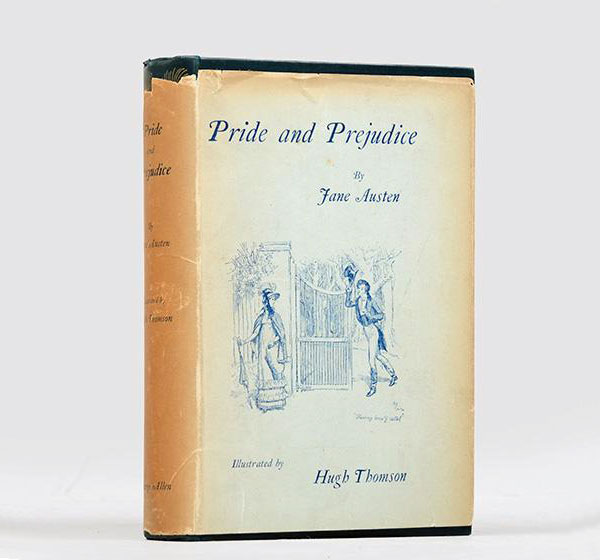 Let's be honest, when people say they would like to be Elizabeth Bennet, they're often more interested in Mr. Darcy than in Jane Austen's most beloved heroine. But Elizabeth is so much more than her husband, and that is one of her greatest strengths. At a time when women were forced to marry for financial stability rather than love, Elizabeth chose the more difficult, uncertain option - and proved the doubters wrong. She took control of her own life, resisting societal pressure and maintaining her identity apart from marriage.

"There is a stubbornness about me that never can bear to be frightened at the will of others. My courage always rises at every attempt to intimidate me." — ELIZABETH BENNET

Takeaway: Hold fast to your own values. Don't let anyone dictate your decisions. 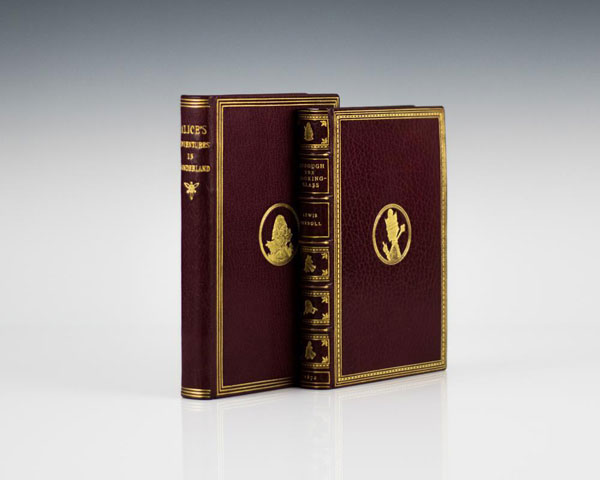 Falling down a rabbit hole into an illogical world is not for the faint of heart, but for those of us who think our own lives resemble the insanity of Wonderland, Alice is a great role model. Her imagination allows her to adapt to bizarre circumstances, and her wittiness helps her counteract the principles of crazed leaders. Alice may be only be a child, but she's already got life down pat.

Takeaway: Fear neither the unknown nor the familiar. Question both. Never stop wondering. 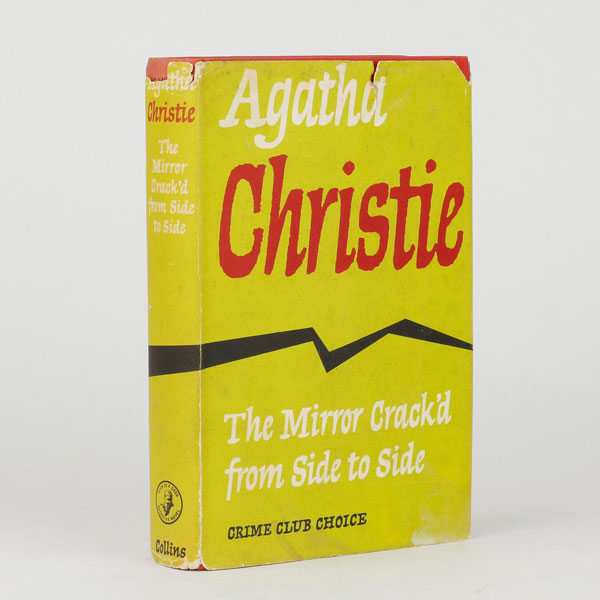 The Mirror Cracked from Side to Side by Agatha Christie

Miss Marple is a character of the "take you by surprise" variety. The stereotypical detective is young, energetic and obviously intelligent, and the elderly Miss Marple's talent for solving mysteries is overlooked in the first stories that she appears in. But does that phase her? Nope. She just keeps knitting and quietly ponders the facts, solving mysteries that bewilder others. Her matter-of-fact conclusions eventually earn her the respected reputation of a shrewd detective.

Takeaway: Be confident of your own intelligence. You don't need to prove it to anyone.

If Miss Marple is an expert at not striving to prove one's intelligence, Hermione Granger is an expert at not hiding it. Logical, witty and extremely knowledgeable, Hermione isn't bothered by her reputation as a "know-it-all." Girls in school are often teased for being smarter than boys, but Hermione embraces her consistent position at the top of the class. Her intelligence, combined with her compassion and loyalty, is an invaluable tool in accomplishing great things.

"Honestly, am I the only person who's ever bothered to read Hogwarts, A History?" — HERMIONE GRANGER

Takeaway: Absorb as much knowledge as you can - it's worth it.

This is a tough one. After all, Scarlett is selfish, manipulative and indifferent to how her actions affect others. Even Margaret Mitchell believed that only she would like her heroine. But despite her callousness, Scarlett certainly has her strengths. She doggedly pursues ambitious goals and successfully manages multiple businesses. Because she doesn't care what society thinks about her, she is able to play a man's role in a man's world. For a nineteenth-century woman, that's a pretty impressive feat.

Takeaway: Determination can help you accomplish most anything. 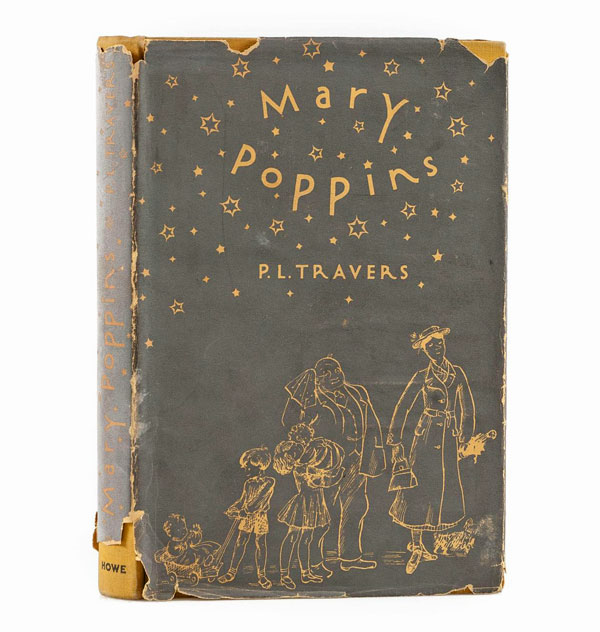 First, the obvious. With a little bit of magic, is there anything that Mary Poppins can't do? Her travelling carpet-bag contains the perfect solution for pretty well everything. But there's more to Mary Poppins than magic alone. Her entire personality commands respect. She expects high standards from the children, from her friends and from her employer, and she is unwilling to settle for anything less.

Takeaway: Know your worth, and others will too.

What book lover doesn't secretly (or not so secretly!) wish they could be an accomplished writer? Jo March shows us that not only is it okay to pursue challenging dreams - it's also possible to succeed. But, while Jo does write for her own pleasure, she doesn't write for herself alone. She writes because she wants others to gain pleasure from her stories too, and she gives the financial fruits of her labors back to her family.

Takeaway: Treasure your talents. They may prove useful for yourself and those you love. 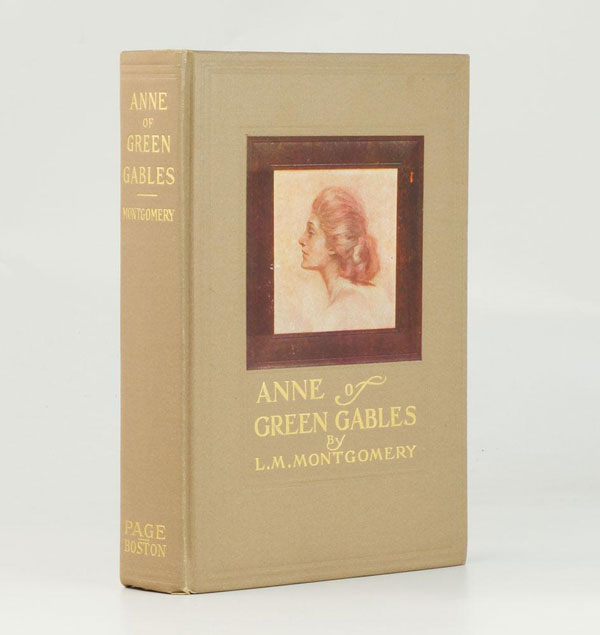 Anne Shirley - the underdog whom no one really believed in and almost everyone found annoying. Anne doesn't mind that people find her odd, nor is she discouraged by her blunders. Rather, she persistently learns from her mistakes and always (always) remains true to herself. With a little hard work and a whole lot of imagination, Anne becomes an accomplished scholar, teacher, and writer, eventually endearing herself to everyone who knows her.

"It's been my experience that you can nearly always enjoy things if you make up your mind firmly that you will." — ANNE SHIRLEY

Takeaway: Be the person you want to be, regardless of what you've been through. Your past has no claim on your future.


If you could be any literary character, who would you be and why?