Skip to main content
Home › Sylvia Plath: The Bell Jar and Other Books

Sylvia Plath: The Bell Jar and Other Books 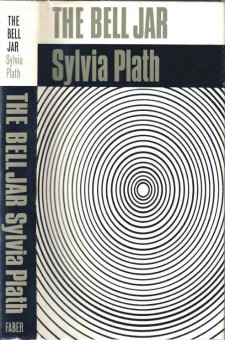 The Bell Jar by Sylvia Plath

Sylvia Plath was an American poet and author. Born in 1932 in Massachusetts, she did very well in school, achieving top marks and winning awards. She was sensitive and studious even as a child, and published her first poem when she was eight years old, the same year her father died.

Whether the death of her father at such a young age contributed isn't certain, but Plath was troubled early on, extremely self-critical and striving for perfection in all areas of her life. One of her most famous poems Daddy, published posthumously in the collection Ariel, is argued by some critics to be autobiographical and evidence of Plath's continued struggle to reconcile her feelings about her father's death with that of her own self-worth.

Daddy, I have had to kill you.
You died before I had time��
Marble-heavy, a bag full of God

Other analysts of Plath's work insist that her poems and stories cannot be assigned autobiographical assumption simply because their author is no longer here to confirm or deny; that while art imitates life, it is almost always a changed version thereof. Still, it is difficult to separate Plath and her known struggles from the stories and poems she produced. One such story, Initiation, published in Johnny Panic and the Bible of Dreams, details the story of a young woman who is being hazed by popular girls to become part of an exclusive club. The protagonist, Millicent, is amiable and goes along despite feeling discomfort at the behaviour of some of the alpha girls. It is only when she sheds her intimidation by them and becomes wholly herself that she feels happy and free. Similar themes have permeated much of Plath's writing.

And Plath wrote plenty. By the time she earned a scholarship to Smith College in 1950, she was 18 years old and had already published a substantial number of pieces, writing hundreds more during her time at college.While at Smith and away from her family, Plath became increasingly remote, isolated and depressed. She took a summer internship with Mademoiselle Magazine as a guest editor, and during the course of the position, attempted suicide by taking an overdose of sleeping pills. She was nearly successful, and her experiences during that time were the basis for her only novel, The Bell Jar, written under the pseudonym Victoria Lucas.

The Bell Jar, published in 1963, is widely accepted as autobiographical, with no real argumentative leg to stand on. It tells the story of Esther Greenwood, a young woman who suffers a nervous breakdown and hospitalization during a summer internship at a well-known magazine. The novel details "Esther's" feelings of distance from her peers and popular culture of the time, and the inability to fit in that leads to her downward spiral.

While the young woman in the novel recovers, Plath herself tragically found little relief from her struggle with depression, and eventually committed suicide by gas oven in 1963 after the dissolution of her marriage to poet Ted Hughes. She was 30.

While her best-known work is The Bell Jar, Plath was a poet first and foremost, and many collections of her poetry were eventually published - most posthumously. To those who knew her writing, Plath's eventual demise could not have caused much surprise, for all the sorrow it may have - her misery was spelled plainly upon the pages of her work, such as in these closing lines from the Sylvia Plath poem Tulips:

The walls, also, seem to be warming themselves.
The tulips should be behind bars like dangerous animals;
They are opening like the mouth of some great African cat,
And I am aware of my heart: it opens and closes
Its bowl of red blooms out of sheer love of me.
The water I taste is warm and salt, like the sea,
And comes from a country far away as health.

The Colossus and Other Poems

Collectible copies of The Colossus and Other Poems

Collectible copies of Three Women; A Monologue for Three Voices

Collectible copies of Crossing the Water 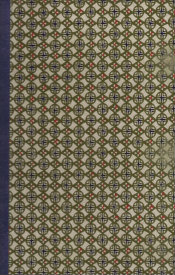 Crystal Gazer and Other Poems

Collectible copies of Crystal Gazer and Other Poems 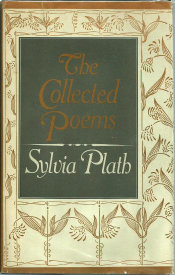 Collectible copies of The Collected Poems 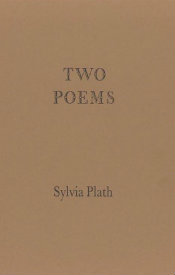 Collectible copies of The Green Rock

Other Works by Sylvia Plath

Collectible copies of The Bell Jar 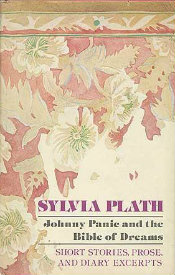 Johnny Panic and the Bible of Dreams: Short Stories, Prose, and Diary Excerpts

Collectible copies of Johnny Panic and the Bible of Dreams

The Journals of Sylvia Plath

Collectible copies of The Journals of Sylvia Plath 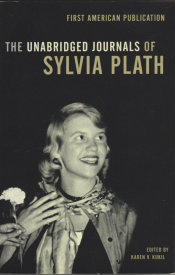 The Unabridged Journals of Sylvia Plath 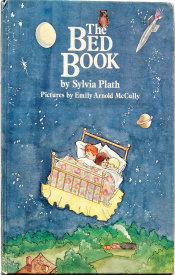 Collectible copies of The Bed Book

Collectible copies of The It-Doesn't-Matter-Suit 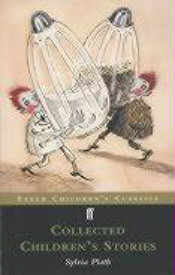 Is Plath's poetry autobiographical? What do you think?