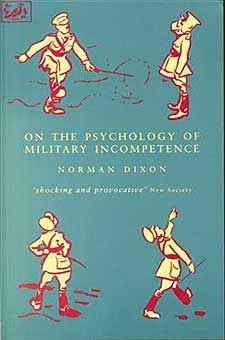 On the Psychology of Military
Incompetence by Norman F. Dixon

Easily one of my favorite moments of the literary year is the unveiling of BookFinder.com's list of the top 100 most searched for out-of-print books, and the list is in for 2014.

The biggest news of the year is the ousting of Madonna's Sex, which has enjoyed lounging lasciviously around in the #1 spot since 2010, enjoying the view. But no matter how much Madonna might like to be on top, the winds of change blew Sex down to #3 this year. So what two titles were bold and daring enough to take down the queen?

Interestingly, the #1 spot on this year's list went to On the Psychology of Military Incompetence by Norman F. Dixon. The book examines in deep detail the power dynamics and reasoning behind blunders in military leadership and strategy from The Boer War, WWI, The Crimean War and more. From a perspective of analyzing personalities and intellectual abilities behind positions of power, even considering factors such as character traits prized and abhorred in the military, On the Psychology of Military Incompetence asks very tough questions and even offers some answers. No doubt the book has ruffled its share of feathers since its original publication in 1975 by Jonathan Cape. The book's overlying, scathing assertion is that by its very own structure, the military is assuring its own continued failure by the types of people it attracts, promotes and makes leaders:

"Such personality traits - fear of failure, need for approval, orderliness, excessive obedience and underlying hostility etc. - fit in so well with the requirements of military organizations, that a proportion of these people may rise to high rank. At the top, however, those features of their psychological make-up which assured their ascent may prove sadly incapacitating. Over-control, rigidity, having a 'closed-mind', do not lend themselves to the task of fathoming, let alone dealing with, the great uncertainities of war."

The book made its first appearance last year at #11, after never having appeared in the top 100 previously. While I'm not sure I want to live in a world where military incompetence trumps sex, it says something about the current state of things when that's the the most frequently searched-for out-of-print book.

The #2 spot goes to The Lovely Reed: An Enthusiast's Guide to Building Bamboo Fly Rods by Jack Howell, which wasn't even on the list last year. How wholesome. A bit of snooping around the net reveals that in October 2013, the Sioux City Journal featured an interview with a man named Jeff Hatton, whose collection of over 115 fishing rods (called "The Gnome's Traveling Rod Show") lovingly details the history of rods, dating back to the 1700s. In the interview, Hatton mentioned having taught himself to build fishing rods using a book - "The Lovely Reed". Could this be the cause of the book's seemingly sudden demand? Or is it merely a renewed interest in bamboo fly rod fishing? Do we have hipsters to thank? I would feel more confident making that assertion if it was a book about vinyl record collection, or making one's own kombucha, but the possibility remains.

It's always fascinating to see the fluctuations in the list. For those not in the know, when demand wanes for a book, a publisher can decide to give it the axe and not print any more copies. In the case of a resurgence of interest, the demand can soar again, making for some highly sought-after books indeed. These days, with the speed of communication and ease of printing, publishers are quick and eager to jump on a reprinting if the demand exists, so these lists become narrower. However, there is still a fascinating, eclectic gap between supply and demand, and this glorious literary grey area is where we find ourselves today. Some of the books on this list are extremely unlikely to ever be reprinted, such as #14 - Promise Me Tomorrow by Nora Roberts is widely acknowledged, even by the author and her most loyal devotees, to be entirely godawful ("She had never wanted a man so much. He had sworn no woman would ever possess him."). True fans insist on owning the whole Roberts bibliography, while Roberts herself would seemingly rather be drawn and quartered than put more copies of the book into circulation. Hence its scarcity: there are fewer than 20 copies currently for sale on AbeBooks.

What can cause renewed interest in an OOP title? Well, it's almost always media or celebrity-based. It's interesting to see the social and economic impact that comes of a nod from a wealthy, successful community figure. In July 2014, Bill Gates wrote that his favorite business book was Business Adventures by John Brooks (first recommended and lent to him by Warren Buffett - I find it gratifying to know the unimaginably wealthy people of Earth still lend one another books, rather than just having a small plane skywrite the entire text over Manhattan). This time last year it was an out-of-print title that didn't crack the top 100 spot. One year later, and Gates' recommendation not only sent searches for the book skyrocketing, but it has also been brought back, both as an e-book, and into print, which means, of course, it won't be on this year's list either, but eager would-be businessmen can easily find copies now.

My personal pet book on the list has to be #23, Cards as Weapons by Ricky Jay. The cover alone is enough to make me swoon. There's so much going on! The pyramids! The charging bull! The giant squid! What's happening in that saloon? Oh, how can I resist?! Well, the price tag helps me resist. It's a popular collectible book, and copies on AbeBooks start over $100. It's sorely tempting, though. Even the description of Ricky Jay is full of allure: "The author of the critically acclaimed Learned Pigs and Fireproof Women, a nationally known sleight-of-hand expert, movie actor and magician extraordinaire..."

Masterful. If sleight-of-deadly-hand isn't your cup of tea, rest assured, this list is as eclectic as they come, and has something for everyone, even (especially) if you're weird. 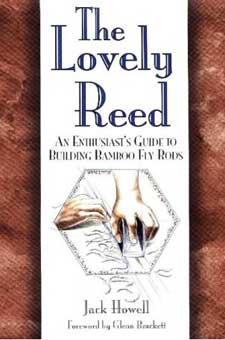 The Lovely Reed by Jack Howell

1. On the Psychology of Military Incompetence by Norman F. Dixon

4. The Body by Stephen King

6. The Colorado Kid by Stephen King

7. The Road We Are Traveling by Stuart Chase

8. On the Nature and Existence of God by Richard M. Gale 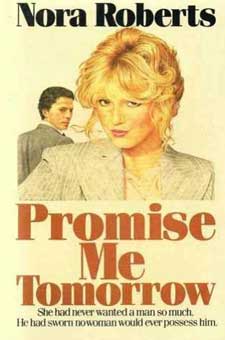 Promise Me Tomorrow by Nora Roberts

13. A Treasury of Great Recipes by Vincent & Mary Price

14. Promise Me Tomorrow by Nora Roberts

15. The Jerusalem Bible by Salvador Dali

19. The Thwarting of Laplace's Demon: Arguments Against the Mechanistic World-View by Richard Green

22. My Pretty Pony by Stephen King

23. Cards As Weapons by Ricky Jay 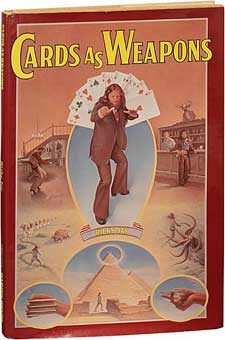 Cards As Weapons by Ricky Jay

26. Murmurs of Earth by Carl Sagan

30. The Afronauts by Cristina de Middel

34. The Pink Dress by Anne Alexander

35. An American Exodus: A Record of Human Erosion by Dorothea Lange 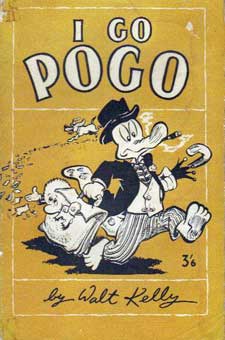 I Go Pogo by Walt Kelly

43. Golden Book of the Civil War by Charles Flato

45. Set the Trumpet to Thy Mouth by David Wilkerson

46. A History of Hand Knitting by Richard Rutt

48. A Pattern Book of Tatting by Mary Konior

49. The Book of Indians by Holling C. Holling 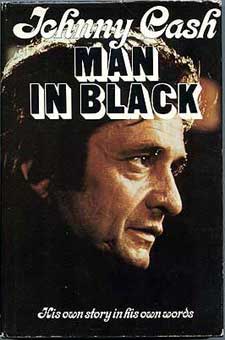 Man in Black by Johnny Cash

51. Women Are Beautiful by Garry Winogrand

54. A Complete Guide to Learning and Understanding Chi Mind Control by Mike Dayton

55. Man in Black: His Own Story in His Own Words by Johnny Cash

56. The Bumper Book, A Harvest of Stories and Verses by Watty Piper

57. The Act of Creation by Arthur Koestler

58. Be Not Conformed to This World: a Narrative History of the Weaverland Mennonites, 1900-1975 by Roy Burkholder

60. The Riddle of Steel : Roleplaying with an Edge by Jacob Norwood 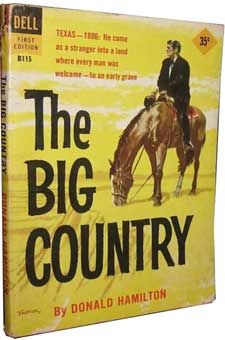 The Big Country by Donald Hamilton

63. The Big Country by Donald Hamilton

65. Mastering Atmosphere and Mood in Watercolor: the Critical Ingredients That Turn Paintings into Art by Joseph Zbukvic

66. Anglo-French relations and strategy on the Western Front 1914-18 by William James Philpott

68. First Lessons in Drawing and Painting by Jack Hamm

69. Stuart: A History of the American Light Tank by R.P. Hunnicutt

72. To Drop A Dime by Paul Hoffman 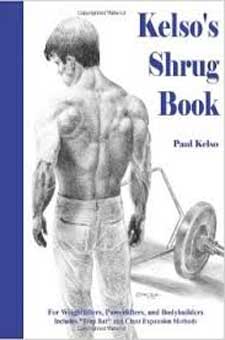 73. Anybody Can Do Anything by Betty MacDonald

75. Lost Tribes and Promised Lands: The Origins of American Racism by Ronald Sanders

78. The Bible in Pictures for Little Eyes by Kenneth Nathaniel Taylor

81. We by Charles Lindbergh

82. The Story of Civilization by Will Durant 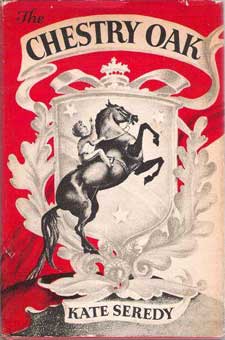 85. Isms and Ologies: A Guide to Unorthodox and Non-Christian Beliefs by Arnold Kellett

87. Impact Dynamics by Jonas A. Zukas

88. The Theory of Isotope Separation as Applied to the Large Scale Production of U235 by Karl P Cohen

89. This World and That: The Autobiography of a Diver by Thomas Ferris Milne

90. Directory of Alternative Communities in the British Isles by Michele

93. A Different Kind of Life by Virginia Williams

96. The Airgun from Trigger to Target Paperback by Gerard Michael Cardew and G.V. Cardew

97. Margin of Safety: Risk-Averse Value Investing Strategies for the Thoughtful Investor by Seth A. Klarman

100. Beyond the Plough by Janet Woods

Watch: What Exactly is an Out-of-Print Book?

Which of these out-of-print gems have you read?

Search for more books, in print and out:

Don't miss these other bookish features: