Discover the best places to buy books in the Golden City

San Francisco has been a haven for lovers of the arts and literature for more than 150 years. The California Gold Rush put this city on the map, and many artists and writers accompanied the miners and prospectors. Perhaps San Francisco's glorious location ensured those creative types never left?

Mark Twain, Robert Louis Stevenson, Rudyard Kipling and Jack London all spent time writing in San Francisco. Not even the devastating earthquake and subsequent fire of 1906, which destroyed the downtown core and many surrounding neighborhoods, could not shake the creative spirit of this city, which continues to attract authors and artists today.

"Not in history has a modern imperial city been so completely destroyed. San Francisco is gone." — Jack London

In the 20th century, San Francisco twice became the hub for cultural change as the demographics of this city rapidly changed and changed again.

The 1950s saw the evolution of the Beat movement - a term coined by Jack Kerouac, author of On the Road. The Beats movement began with authors who rejected mainstream American culture and its stifling conformity, and craved freedom of expression and sexuality.

Aside from On the Road, classic pieces of Beat literature include Howl by Allen Ginsberg and Naked Lunch by William S. Burroughs. Ginsberg will forever be linked to San Francisco as the City Lights Bookshop, where he worked, published Howl and Other Poems in 1956.

"San Francisco has only one drawback — 'tis hard to leave." — Rudyard Kipling

The Beat movement transformed into the hippie culture of the 1960s. That free spirit and creative atmosphere carried on into the 1970s. The Tales of the City series by Armistead Maupin described life in the city from 1978 until 2014 and encompassed the city's devotion of sexual freedom but also the influence of AIDs.

The city by the bay puts great emphasis on local establishments, community, artistic expression and the importance of past and present literature. With such a storied past, we have devised the perfect way to explore this town - visit its bookstores. You won't be disappointed.

This award-winning shop opened its doors in 1967 and is currently owned by three long-time employees (one of three, Kevin Hunsanger, pictured below) who bought it from the founder. The original store was 650 sq. ft. but over time the business has taken over vacant spaces in the same building. Presently the maze-like bibliophiles' paradise measures in at 8,000 sq. ft. and includes an annex two doors down. Wonderful worn floorboards, and aisles of shelves host any type of book you could possibly want. Used, new, rare and collectible - you will find them all this San Francisco icon. 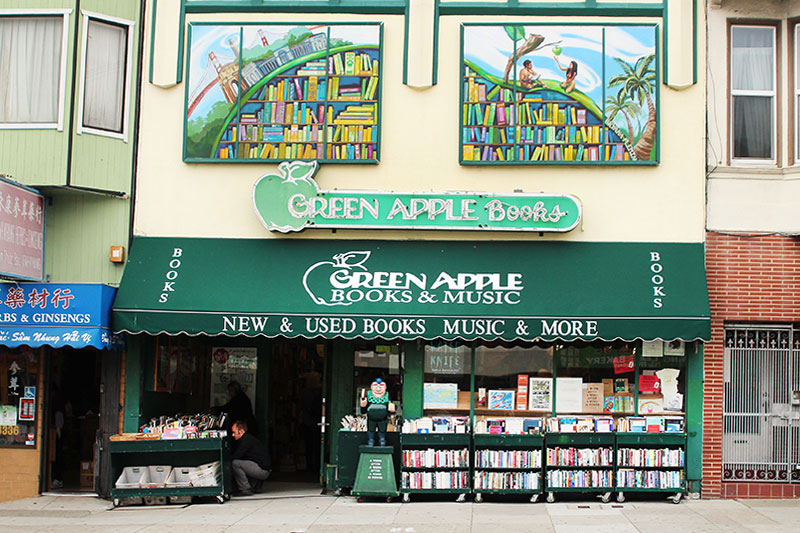 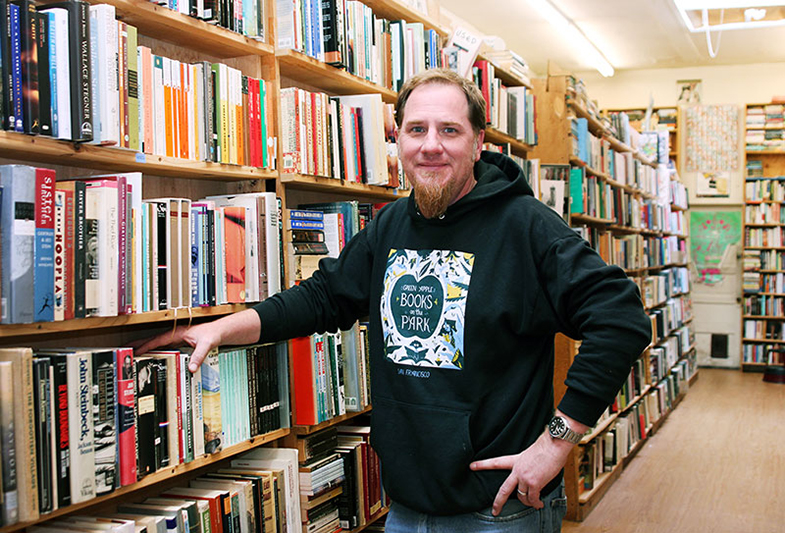 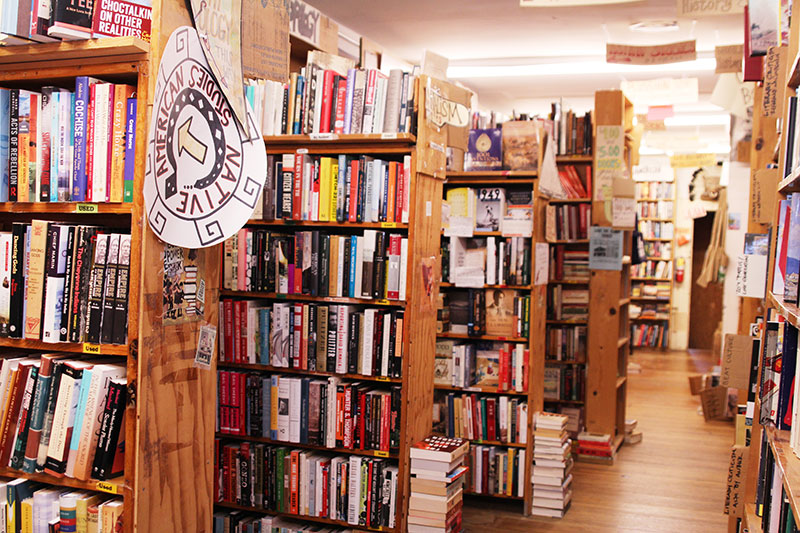 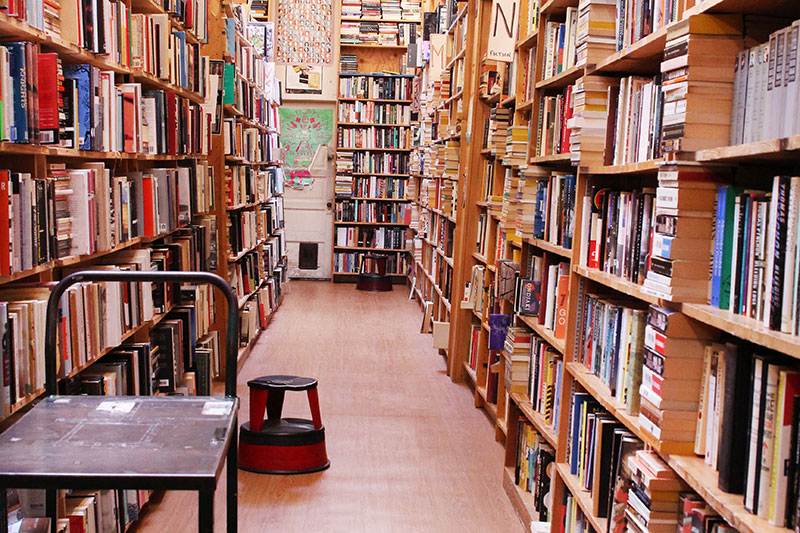 The Russian Hill district of San Francisco is a quirky area full of artists and creative types, and the Russian Hill Bookstore is a key part of that community. Owner Carol Spencer (pictured below with Benjamin Bellouin) opened Sunset Bookstore in 1974 and in 2001 merged the two stores to become what it is today. The bookshop is filled with new and general used books, including an impressive amount of vintage science fiction, pulp and detective paperbacks. The real gem is the back room where some of their most collectible books are stored. 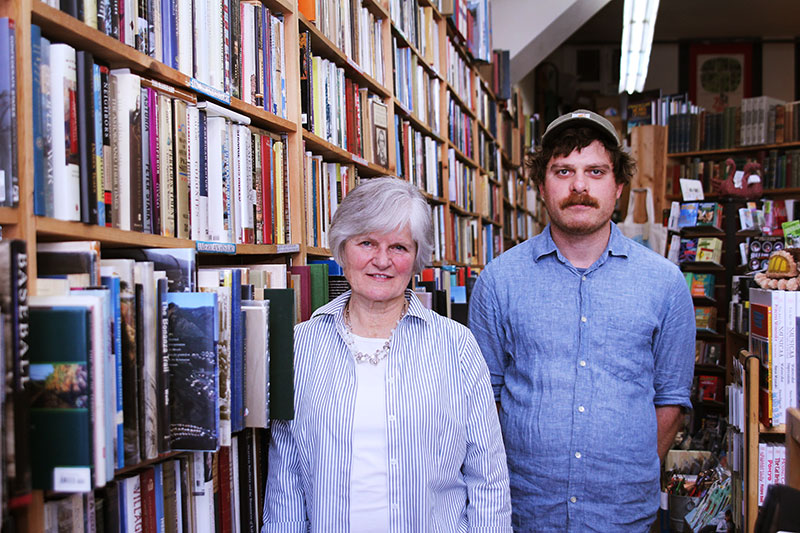 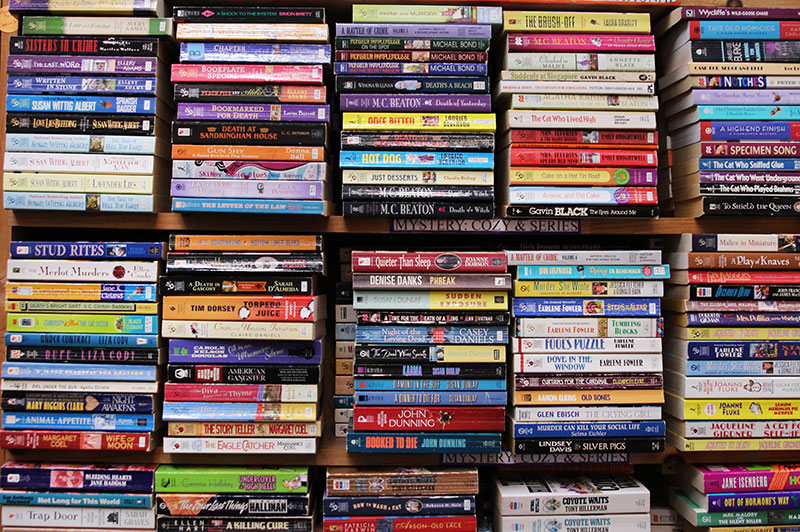 This small bookstore offers a unique selection of curated books focusing on "green" themes like sustainability and environment as well as books about social justice, cooking, California history and local authors and poets. While trolley cars make their way down Market Street, you'll understand why this place is the self-professed hub of the neighborhood. This store is a keen supporter of local causes and social events. 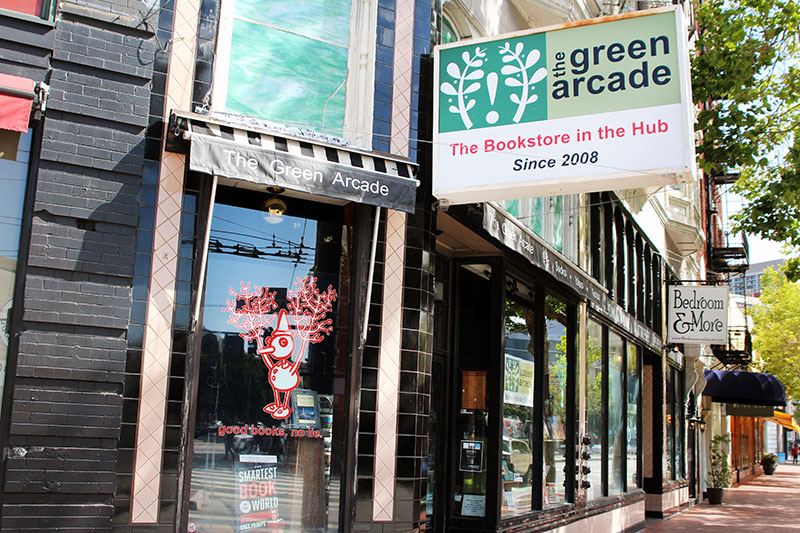 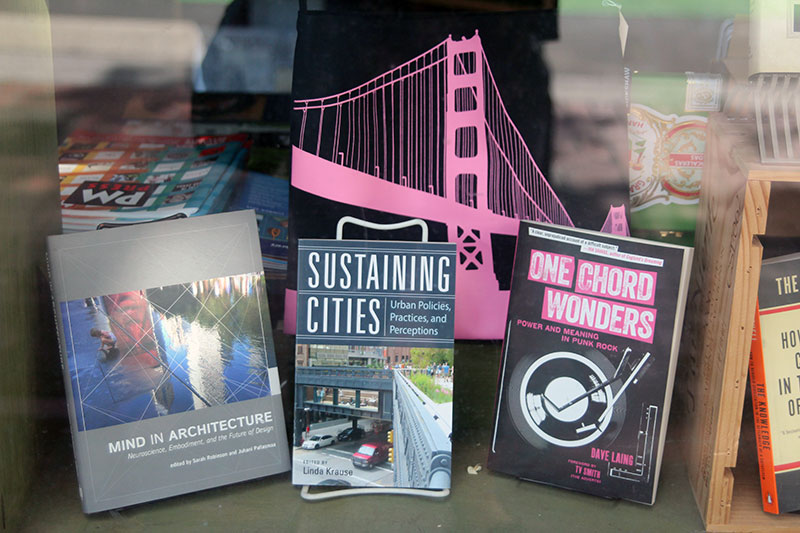 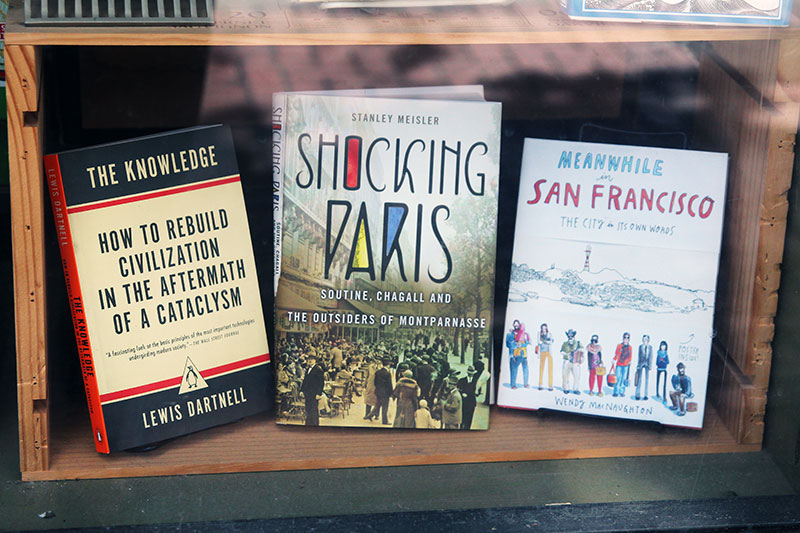 The Argonaut Book Shop specializes in books about the history of California and the American West as well as exploration and ephemera. It's a classic rare bookshop with delightful surprises on every shelf. The store is a founding member of the ABAA and among the first to list their books on AbeBooks in 1988. The owner has a vast knowledge of books, leaving you with a new story about an interesting book each time you visit. 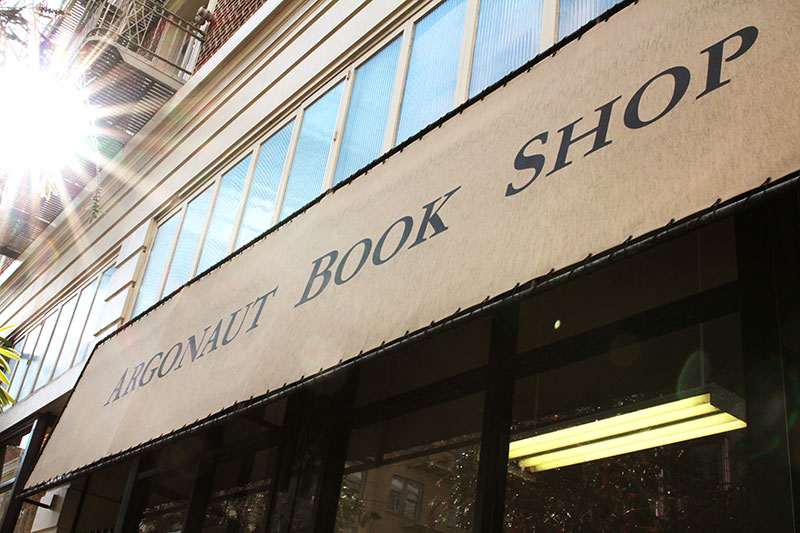 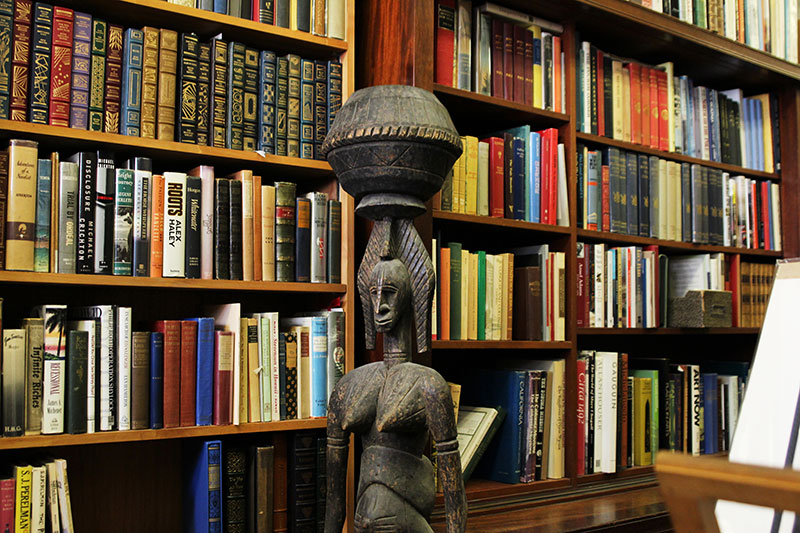 Founded in 1974 by Andrew Hoyem, the Arion Press publishes deluxe, limited edition books, many printed by letterpress, illustrated by prominent artists, and some accompanied by separate editions of original prints. 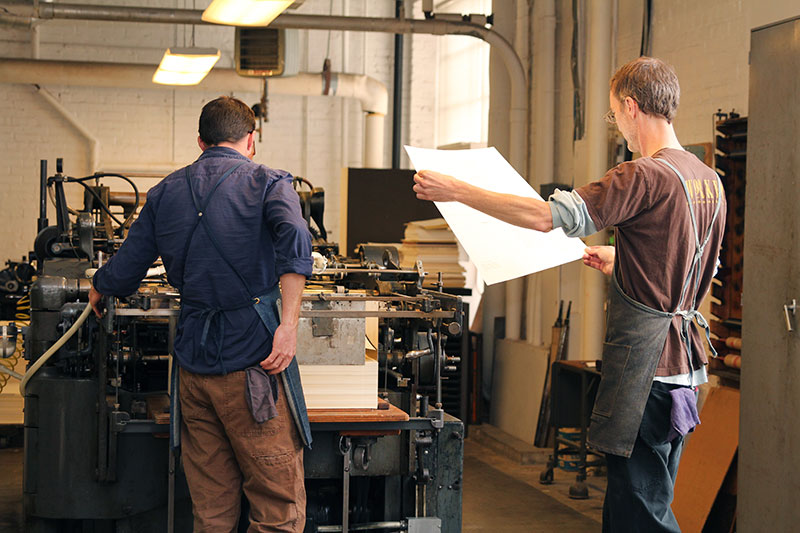 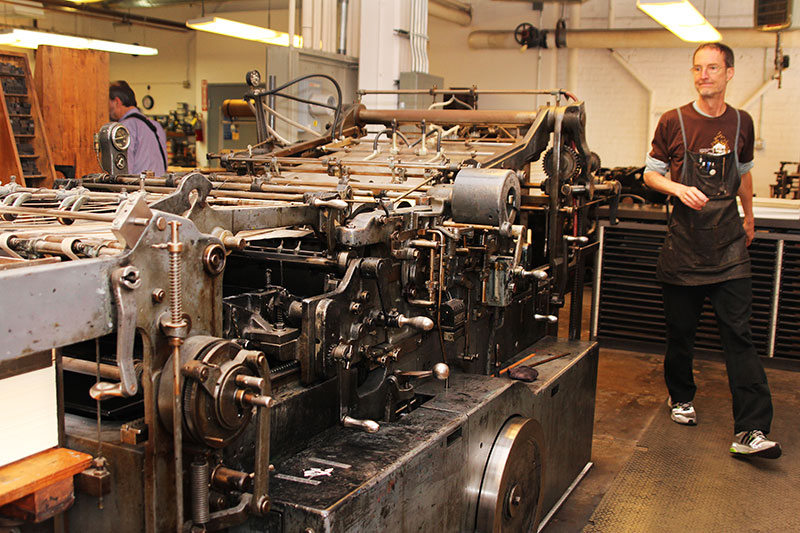 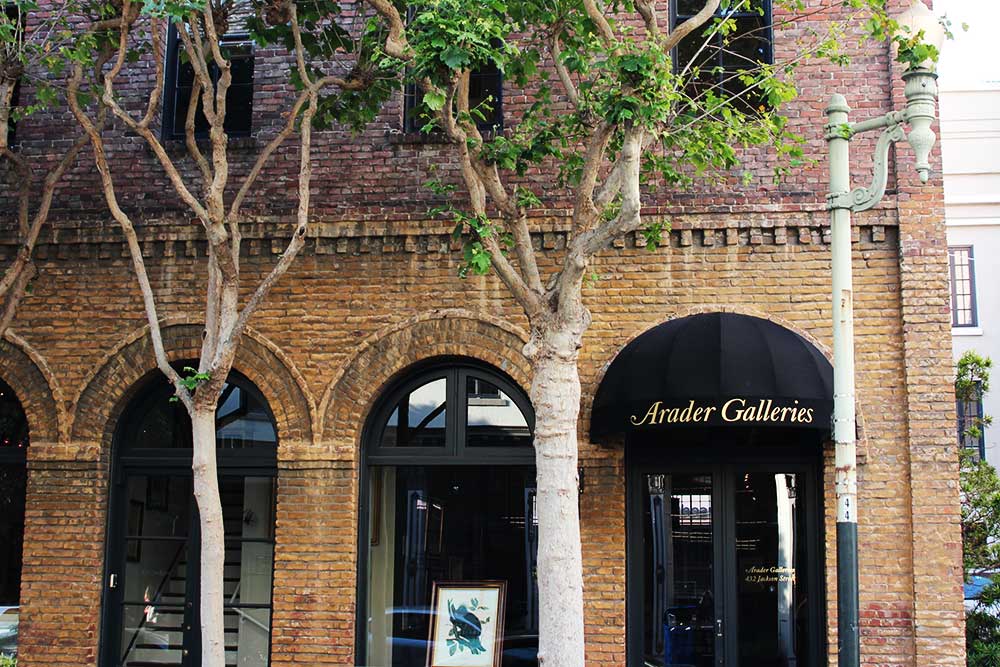 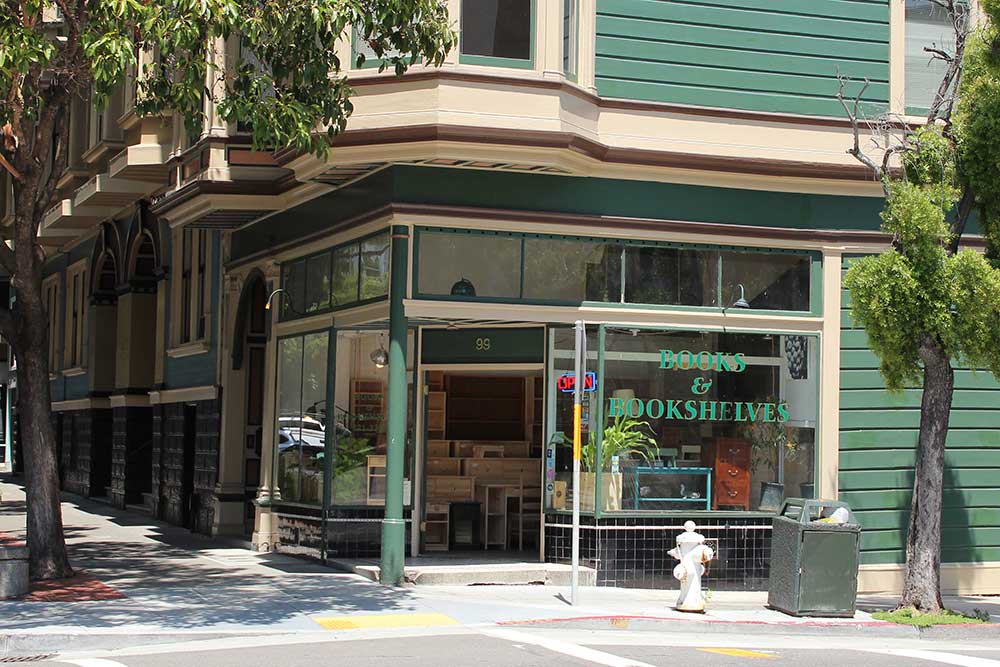 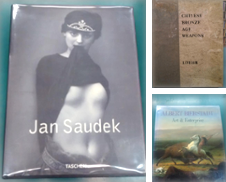 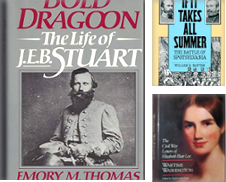 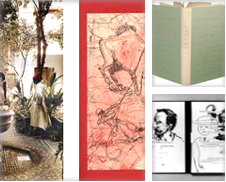 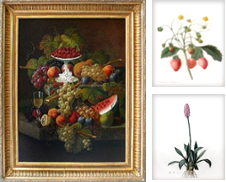 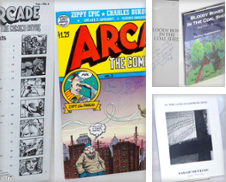 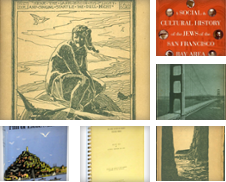 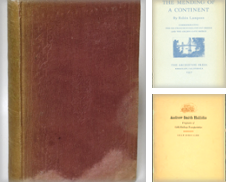 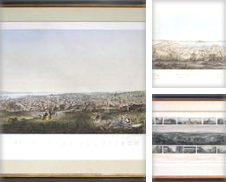 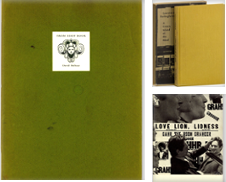 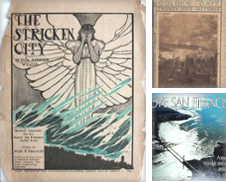 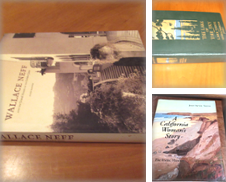 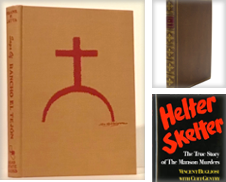 What is your favorite literary destination in San Francisco?