The Holy Bible with photographs by Francis Firthpublished by William Mackenzie, 1862

It is the bestselling book of all time. Editions range from dollar paperbacks in nightstand drawers to rare and collectible treasures kept in fine museums. While the bible is valued first and foremost for its content and its influence on art, literature and history, many editions are prized for their ornate beauty. Illustrations, etchings, paintings, and even embroidery and photography have adorned the bible for centuries.

The most collectible beautiful bibles have been enhanced by history's greatest artists, including modernist Marc Chagall and illustrator Gustave Doré. Gustave Doré was one of the most acclaimed and popular illustrators of the nineteenth century, and his illustrated bible is a landmark in the field. He made more than 200 engravings, illustrating the events of the bible with detail and emotion. The first edition appeared in France in 1866, but his work was reprinted throughout Europe in the ensuing decades.

Explore our selection of beautiful rare bibles, including exquisite facsimile editions, rare antique bibles and a bible cover hand embroidered by a 12-year-old girl in 1753. After the gallery, read the stories behind the most famous bibles. 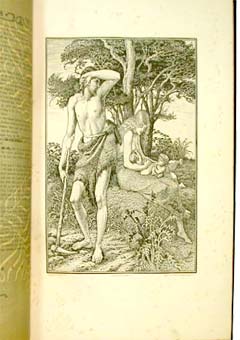 This bible was published by the Illustrated Bible Society of London in 1900. Designed by Walter Crane, the bible is illustrated throughout with 100 full-page prints by members of the Royal Academy. 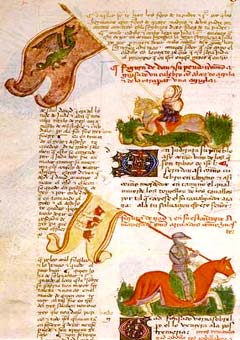 An illuminated facsimile edition of the first translation of the Hebrew bible into Castilian by Rabbi Moses Arragel at the behest of Don Luis de Guzman, Knight of the Order of Calatrava executed in Maqueda, Spain from 1422 to 1430. 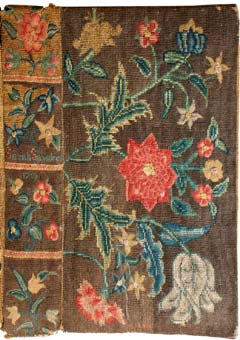 A bible cover embroidered in 1753 by 12-year-old Sarah Saunders of Philadelphia. The embroidery was designed to cover the Saunders family bible, the King James translation printed in London in 1738 by John Baskett. 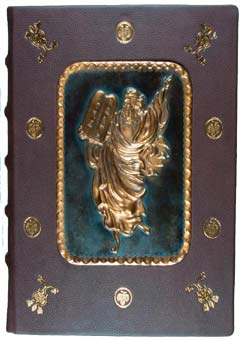 This edition of the Old Testament contains 360 splendid mounted illustrations and 40 plates by James Tissot. Published in Paris in 1904 by M. de Brunoff & Cie and signed by Pagnant, the prestigious Parisian binder who was active between 1876 and 1916. 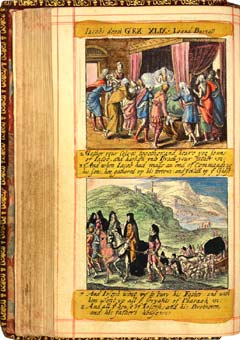 Published by London Company of Stationers in 1650, this edition of the Holy Bible includes 142 rare contemporary hand-coloured engraved leaves. This book was typically printed without illustrations, and the few copies with illustrative plates exist only in black and white. 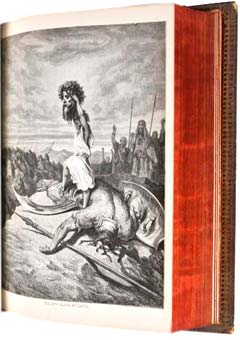 Twenty-Four Books of the Holy Scriptures

Published by The Bloch Publishing and Printing Company in 1880, this work is an early translation of the Holy Scriptures from Hebrew to English. This particular edition contains nine steel engravings from celebrated paintings and 13 photomechanical reproductions of illustrations by Gustave Doré. 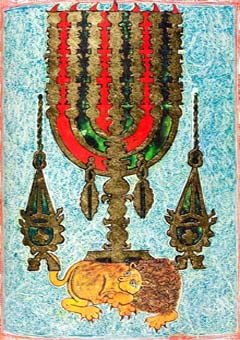 The Kennicott Bible is the most lavishly illuminated Hebrew Bible to survive from medieval Spain and combines Islamic, Christian, and popular motifs. This facsimile edition was published in 1985 and is No. 288 of 500. 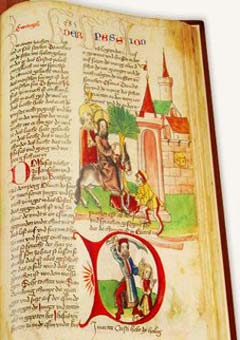 The original Vorau Picture Bible was written in Bavarian dialect in 1467. This limited facsimile edition was published in 1993 and contains both the Old and the New Testament with 559 colored pen and ink drawings. 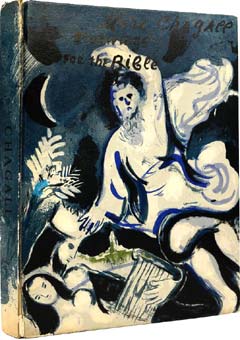 Drawings for the Bible

A rare first American edition of Marc Chagall's second series of illustrations for the bible, with 96 black and white photolithorgraphs and 24 colour lithographs by Chagall. Published by Harcourt Brace & Co. New York in 1960. 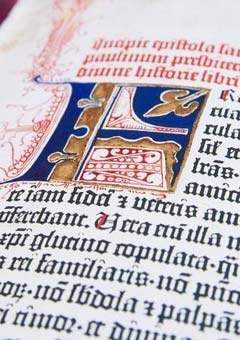 This facsimile of Poland's Pelplin Gutenberg Bible, orginally printed in 1452-1455, is cased in a replica of the of the briefcase-like packaging made in the spring of 1939 that helped to save the bible during the World War II. 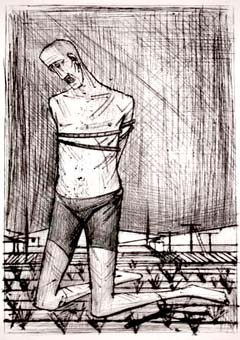 Published in Paris in 1954 by Creuzevault Editeur, this limited first edition includes several dry point etchings by Bernard Buffet with French excerpts from the New Testament. 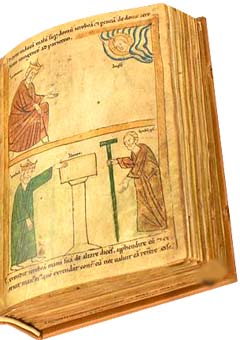 The Pamplona Bible is the picture bible of King Sancho el Fuerte (1153-1234) and was created around 1200 in Navarra. This limited facsimile edition of the Spanish Christian bible was published by Müller & Schindler Simbach am Inn & Coron bei Kindler Berlin in 2005. 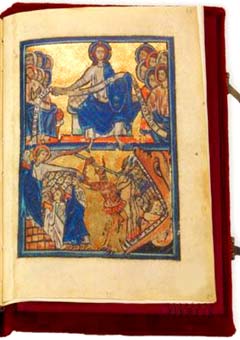 Published in 2004, this is a limited facsimile edition of the Oxford Bible Pictures, originally published in Latin between 1230 and 1260. 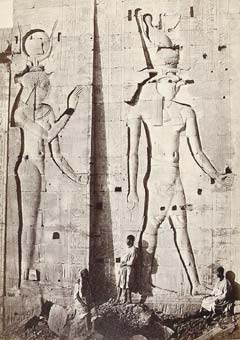 This magnificent deluxe work was published by William Mackenzie for the Great London Exhibition of 1862, and features Francis Frith's groundbreaking photographic studies of the Middle East and Egypt. This issue is one of 170 copies and contains 57 albumen prints. 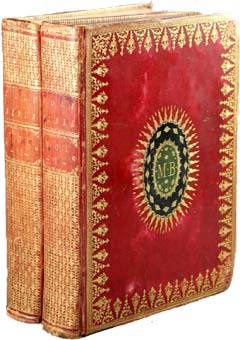 Published by Mark Baskett in 1767, this particular copy of the Holy Bible belonged to the Delancy family, prominent New York loyalists. It is inscribed by various members of the Delancy family and was presumably commissioned by Stephen Delancy.

Johannes Gutenberg first thought of the principles behind movable type in 1439. But it was not until 1452 that he finally brought his magnificent idea to fruition and published a complete book, the Gutenberg Bible, in the typographic style. Written in Latin, the Gutenberg Bible is an edition of the Vulgate. Only 180 copies were printed, making the Gutenberg Bible one of the most valuable books in the world. Single leaves from the book are valued at tens of thousands of dollars, and facsimile editions are priced in the thousands.

The Geneva Bible (1560) is one of the earliest English translations of the bible. It was published in Geneva where Puritans lived without fear of religious persecution. It is said to be the bible that William Shakespeare owned, and it traveled to the New World on the Mayflower.

While the KJB is not hard to find, a few very rare editions do exist. Collectors will pay a premium for 'He' Bibles, which mistakenly print 'he' instead of 'she' in Ruth 3:15. A reprint of the King James Bible went awry in the hands of royal printers Robert Barker and Martin Lucas when they omitted the word 'not' from the commandment, 'Thou shalt not commit adultery'. The edition that states, 'Thou shalt commit adultery' is known as the Wicked Bible, Adulterous Bible, or Sinners' Bible.

John Baskett was printer to King George II and the University of Oxford from 1711 until his death in 1742. He printed several fine books, but is best known for his imprint of the Holy Bible published in 1717. The imprint contained beautiful neo-classical engravings by James Thornhill and Michael van der Gucht, and, sadly, several typos. A particularly unfortunate misprint appeared in Luke 20:9 where 'The Parable of the Vineyard' became 'The Parable of the Vinegar', giving the bible its nickname, The Vinegar Bible. Needless to say, it's quite collectible.

Though never accepted by biblical scholars as a major work, original copies of The Woman's Bible are very collectible. Written by Elizabeth Cady Stanton and published in 1898, The Woman's Bible was critical of the orthodox view that women should be subservient to men, and instead promoted self-development. However, suffragists feared the attack on traditional religion would harm their movement and the book ended Stanton's influence on the suffrage movement. Despite this, The Woman's Bible became a best seller.


Tell us about a beautiful bible you own