One of the fastest growing areas of the rare book world is vintage cocktail books. However, this interest is not confined to the used book trade. Publishers have also jumped on board and reprinted numerous classic books about cocktails and mixing drinks from years gone by.

There is now a choice for the book collector who loves a stylish drink or two, or three. You can opt for collecting first editions (which can be expensive), vintage copies of a certain age (which can be affordable) or modern reprints of classic recipe books (which are cheap)....

Cocktail books offer an intriguing insight into a particular aspect of popular culture - drinking and the people and the places that serve drinks. History, such as America's Prohibition laws, art movements, such as the Art Deco style of the 1920s and 1930s, and the great drinking holes of the world can all be found in cocktail books from the past.

Cocktail books are also gloriously international. The language of drinking in style and fine company is universal. In fact, a vintage cocktail book collection should be as international as possible because bartenders in London, New York, Chicago, Miami, Berlin, Paris, Madrid and Buenos Aires all played their part in the development of cocktails.

There is a rough timeline in the history of cocktail books. The first important date is 1862 when the first American cocktail book appeared. Jerry Thomas wrote The Bartender's Guide, which is also titled How to Mix Drinks, and The Bon-Vivant's Companion. Thomas was a flashy showman, who toured the United States as a highly-paid celebrity bartender and pioneered the way for others.

The next important date is 1920 when Prohibition banned the production and sale of alcohol in the United States until 1933. Quite naturally bartenders abandoned 'dry' America and took their pouring skills to Europe where a new generation of drinkers welcomed them. European publishers also took up the reins of celebrating bars and imaginatively mixed drinks. 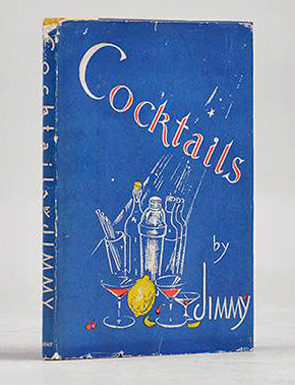 Published in 1930, Harry Craddock's Savoy Cocktail Book is considered to be the quintessential cocktail book from this era. Its Art Deco cover design is to die for. Craddock was an Englishman who poured drinks in the United States before returning to London when Prohibition was enforced. Craddock invented the White Lady and his famous book showcases the 'Gatsby' era like few others.

Cocktail recipe books continued to be published after the end of Prohibition as America's drinking culture made its official comeback. Unsurprisingly, few, if any, cocktail books were published during World War II but the genre revived yet again after the war.

There are several important factors in collecting vintage cocktail books, which should be carefully considered:

Speaking of reprints. Take a moment to be sure whether you are buying a true reproduction of the original, including cover art and illustrations, or simply a book that reproduces the content. Almost all the famous cocktail books are now available as reprints thanks to print-on-demand technology. Martino, Mud Puddle and Mixellany are among the publishers that specialize in cocktail books. 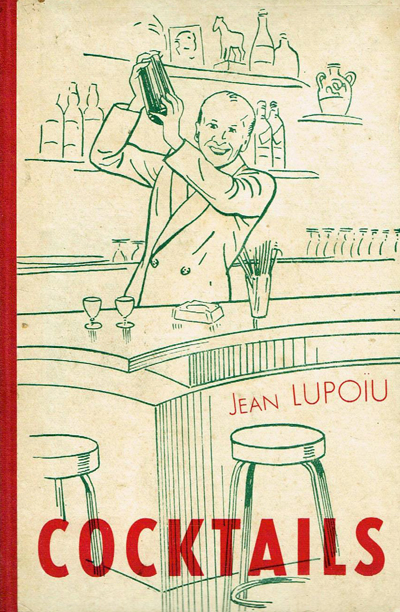 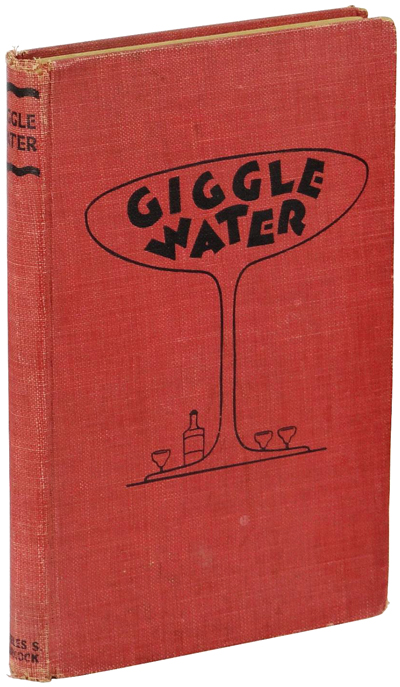 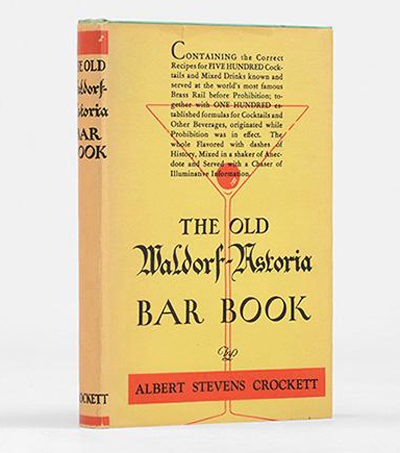 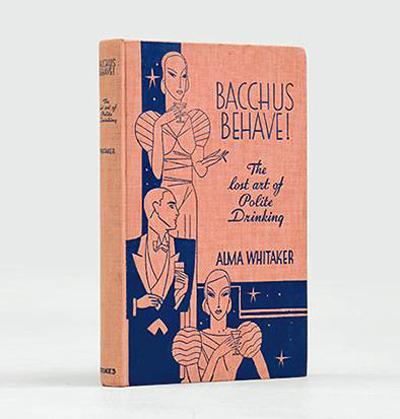 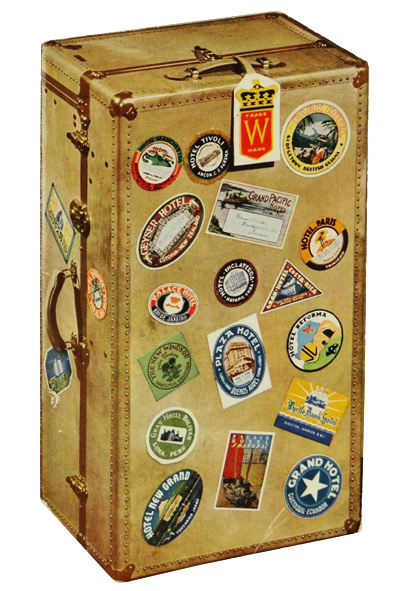 Toasts Around the World Cocktail Book (1941) 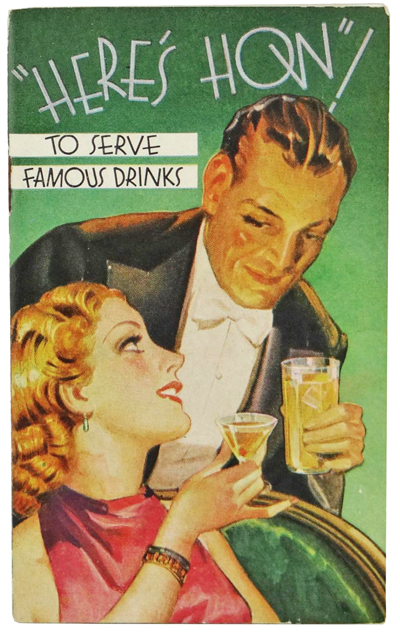 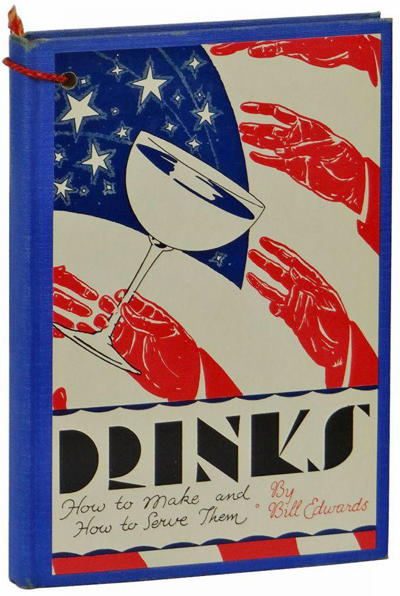 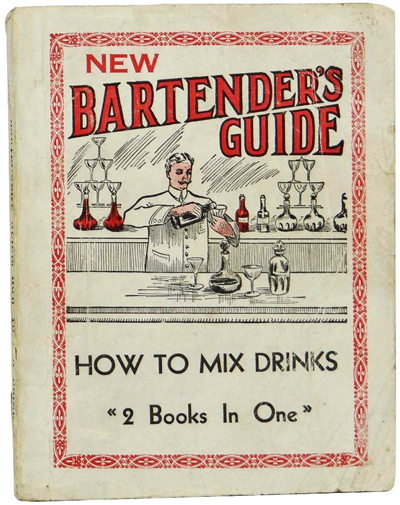 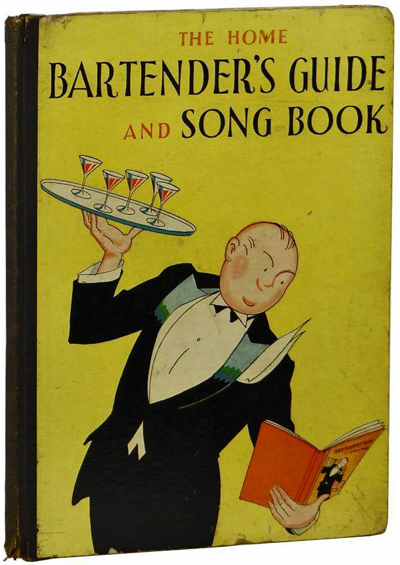 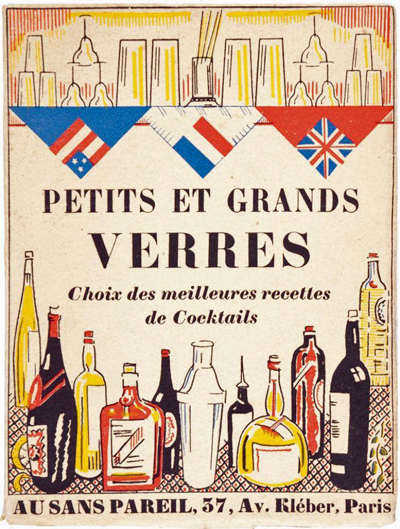 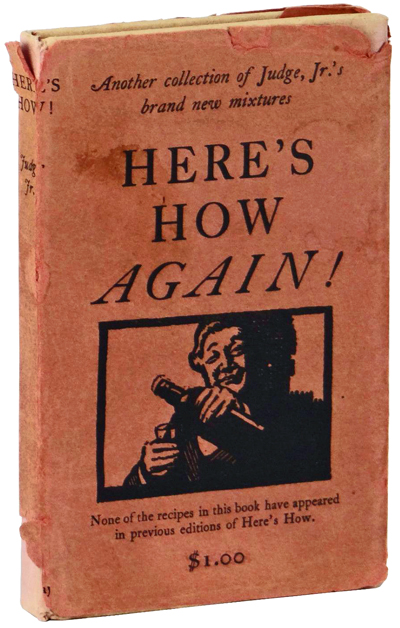 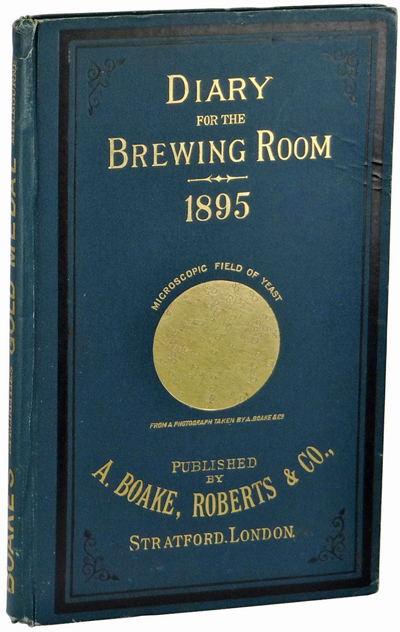 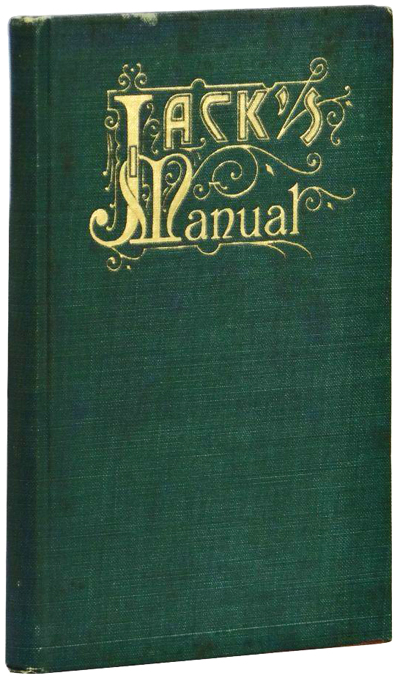 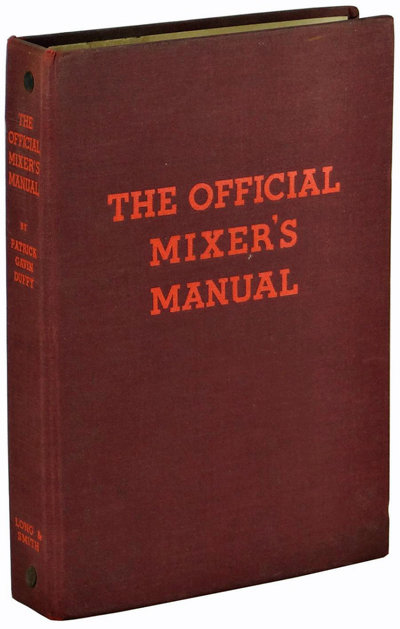 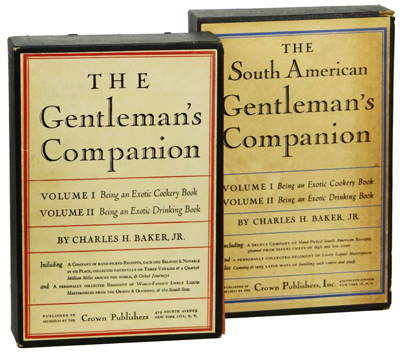 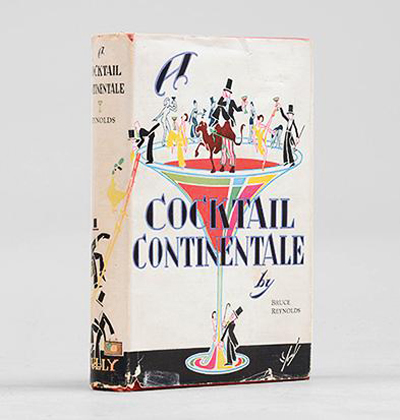 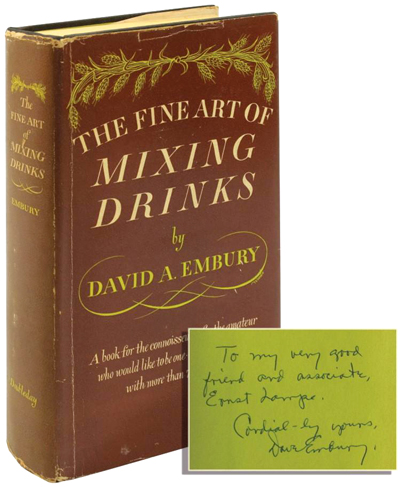 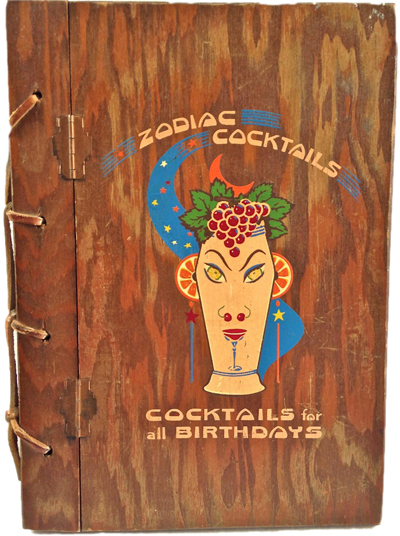 Zodiac Cocktails: Cocktails for all Birthdays (1940) 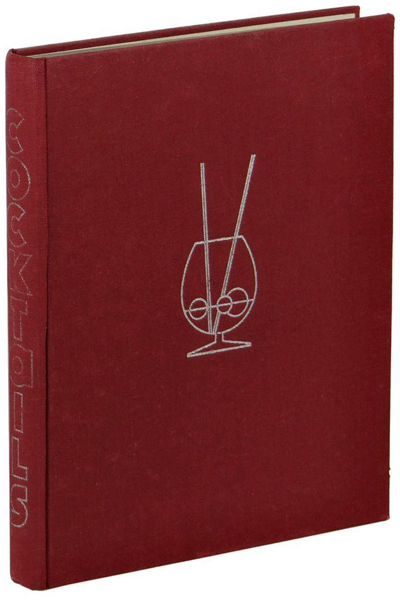 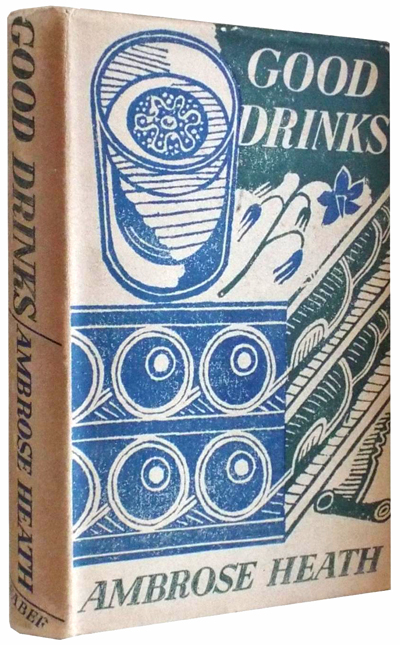 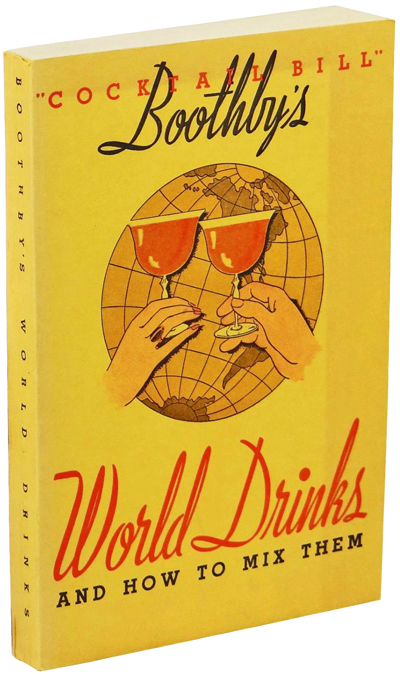 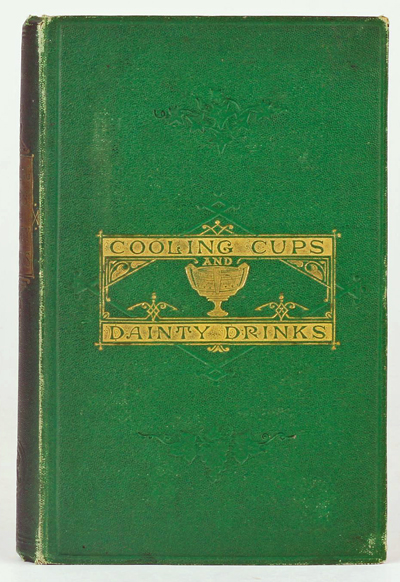 
And for fun, let's celebrate with 10 cocktails from novels: 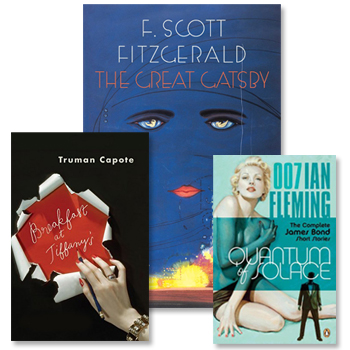 Gin Gimlet - drunk by Philip Marlowe in The Long Goodbye

Moloko Plus - drunk by Alex in A Clockwork Orange

Mint Juleep - drunk by Daisy Buchanan in The Great Gatsby

Gin Rickey - drunk by Jay Gatsby in The Great Gatsby

White Angel - drunk by Holly Golightly in Breakfast at Tiffany's

Daiquiri - drunk by James Wormold in Our Man in Havana

Sidecar - drunk by Arthur Ruskin in The Bonfire of the Vanities

Which vintage cocktail book are on your wishlist?