Most Expensive Sales of 2018

Our list of the most expensive sales of the year never fails to be diverse. 2018's top sales ranged from one of the great scientific minds of the 17th century to a 21st century screenprint of a cartoon mouse. There is human and equine medicine, music, Canada's iconic red-haired orphan, the novella that modernized Christmas, and a Jewish scroll plus classics from Harper Lee and Ernest Hemingway.

Top 25 Most Expensive Sales of the Year:

A 1638 first edition of Galileo's last and greatest work, the "Discorsi" (Discourses on Two New Sciences), which is considered to be the first modern physics textbook and the foundation of modern mechanics. The two new sciences that the book describes are the engineering science of strength of materials and the mathematical science of kinematics - the physics of bodies in motion subject to the force of gravity. One of the great science books ever produced, this copy is bound in contemporary vellum. In very good to near-fine condition throughout. 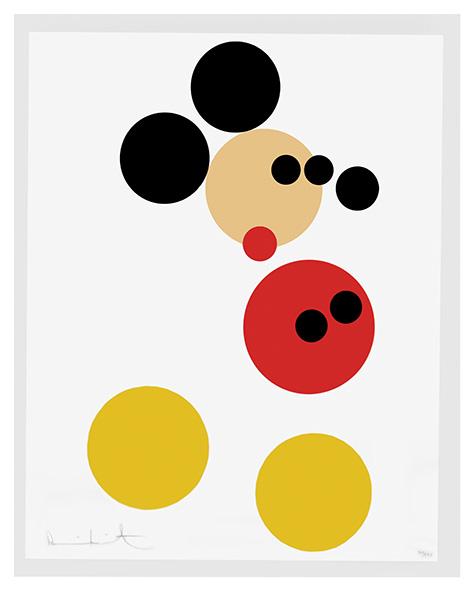 A screenprint of Mickey Mouse, reimagined by British artist Damian Hirst. This artwork was first created in 2012 as an oil painting to be auctioned in aid of Kids Company, a London-based charity that supports vulnerable inner-city. Signed in pencil by the artist.

This is a famous philosophy book first published in 1637 but this copy is special due to its artwork produced by Victor Vasarely (1906-1997), a French-Hungarian artist described as the father of the Op Art movement. He used geometric shapes and colorful graphics to create illusions of spatial depth. He was heavily influenced by Bauhaus design, the works of Vasily Kandinskii, and Constructivism. Vasarely experimented with surrealist and abstract expressionist styles during the 1940s before arriving at his hallmark checkerboards. One of only 15 copies reserved for Vasarely, which he signed. 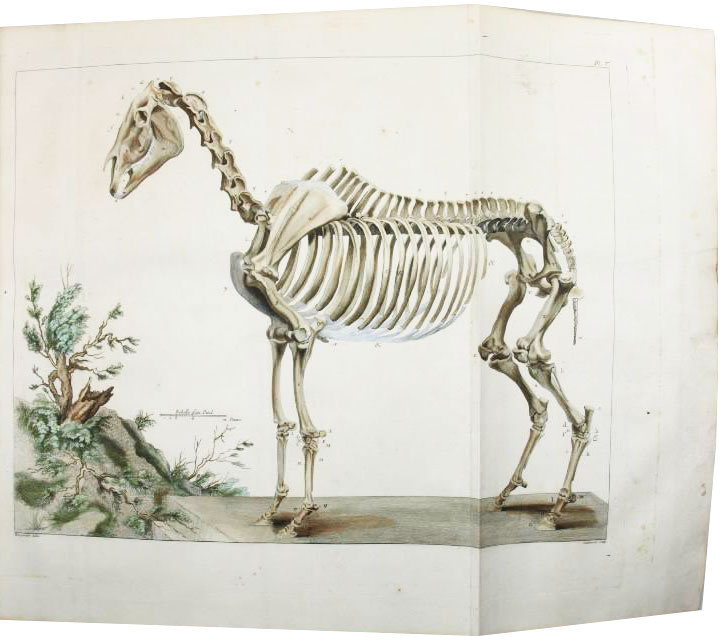 Published in 1772 in Paris, this is a first edition of a French book on equine medicine and anatomy. Contains 56 hand-colored engraved plates. A beautiful and important veterinary book.

A signed first edition owned by Rand's secretary, who typed parts of the Atlas Shrugged manuscript. This 1957 novel was Rand's fourth and final novel, and is considered to be her magnum opus.

A complete set of British first editions - all seven books in first issue dust wrappers with no repairs. The first five books of this classic series were published by Geoffrey Bles. The final two were published by The Bodley Head. They all contain the marvelous illustrations of Pauline Baynes. The series began with The Lion, The Witch and the Wardrobe in 1950, and concluded with The Last Battle in 1956. 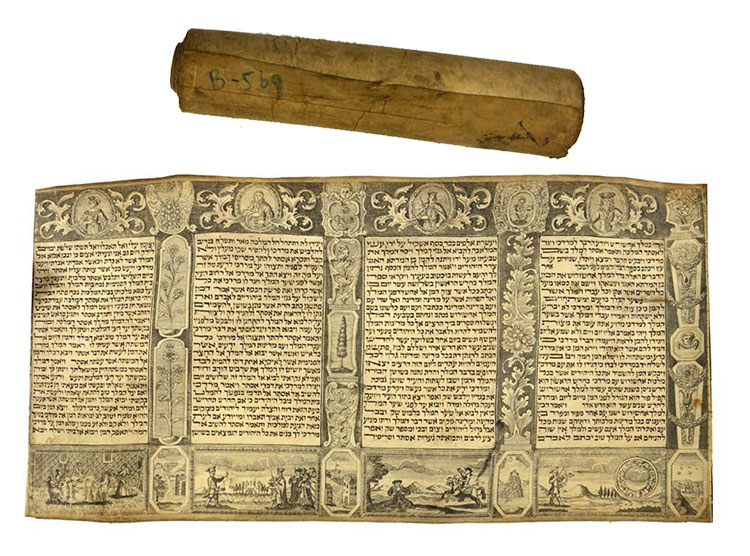 An engraved vellum scroll from 1700. The Book of Esther is a key Jewish document, the third section of the Tanakh, (the Hebrew Bible). Also called The Megillah, the book is the basis and an integral part of the Jewish celebration of Purim. Esther was a queen of Persia who saved her people from genocide. This scroll was engraved by Shalom Italia, who was a Jewish artist born in Mantua, Italy. In 1641, in his early twenties, he arrived in Amsterdam and settled among the local Portuguese-Jewish community. Italia came from a family of Hebrew printers and most likely was trained as a draftsman and engraver by his uncle Eliezer d'Italia. In Amsterdam Shalom Italia perfected his craft and decorating Esther scrolls became his key skill. Despite Italia's many surviving works, which have been prized by private collectors and museums for centuries, only a few are dated and little is known about the artist. He created a number of different types of decorated Esther scrolls over the course of the 1640s. These were produced in multiple copies using the technique of printing on vellum. The Book of Esther's text is read aloud twice during the Purim celebration, in the evening and again the following morning. Besides Song of Songs, it is the only book in the Bible that does not explicitly mention God.

The Natural and Civil History of the French Dominions in North and South America by Thomas Jefferys, $24,000 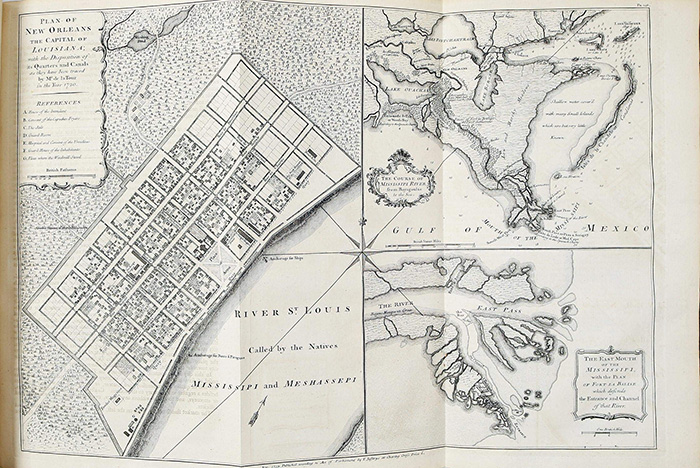 A 1760 first edition of an important book on geography and cartography. Two parts in one volume. Contains 18 fine engraved folding maps and plans, and bears the engraved bookplate of Amos Binney (1803-1847), founder and president of the Boston Society of Natural History. In part one, Jefferys describes Canada and Louisiana. He includes detailed plans of Quebec, Montreal and New Orleans. In part II Jefferys describes the West Indies and South America, with maps of Quadaloupe and Grenada.

The title translates as On the Fabric of the Human Body. Medical students affectionately call it 'The Fabrica' and this medical textbook is still referenced today. It was first published in 1543. This is the second edition from 1555. It contains around 200 woodcut illustrations and a portrait of Vesalius, the Belgian physician, who was 28 years old when he published it. The Fabrica has been called the book that sparked the scientific revolution. The second edition was heavily revised, with hundreds of alterations to the text, both stylistic, for clarity and comprehension, as well as for content and context. Vesalius had continued to study, and many of the changes to the 1543 edition were made to his own assertions, which he now knew to be incorrect. He made numerous mistakes. He thought the heart had a small bone at its center, that the kidneys did not function as filters, and that nerves served no real purpose.

A signed first edition from 1882. The title of this influential philosophy book translates as The Joyful Wisdom but it is better known as The Gay Science. Nietzsche considers the notions of power and value in this book.

A Collection of Beethoven String Quartets, $20,350

Newman (1897-1984) was a British mathematician and a pioneer in modern computer science. During the World War II, he joined the government code and cypher school at Bletchley Park where he worked with Alan Turing. From 1945 to 1964 Newman was the Fielden professor of mathematics at Manchester University, where he established the Royal Society Computing Machine Laboratory, which produced the first working stored program electronic computer in 1948. The collection features 29 items, including three printed books, one manuscript notebook, and one autograph album.

A Christmas Carol and Four Other Christmas Books by Charles Dickens, $18,500

An unrestored first edition of A Christmas Carol published by Chapman and Hall along with The Chimes (1845), The Cricket on the Hearth (1846), The Battle of Life (1846) and The Haunted Man and the Ghost's Bargain. (1848).

Commentaries on the Laws of England by Sir William Blackstone & Robert Bell, $18,000

The first American edition of this influential treatise on English law. Five volumes published from 1771 to 1772. This book describes and explains English law, and it was used as a basis for the early versions of American law.

A 1909 first edition. This is the most expensive L.M. Montgomery book that has ever sold on AbeBooks. A first edition of Anne of Green Gables sold at auction in 2009 for $37,500. Published a year after the original Anne story, this book follows the Canadian heroine during the two years that she teaches at Avonlea school.

An illustrated book of Georg Heym's poetry published in 1924. Ernst Ludwig Kirchner provided the Expressionism art via 47 woodcuts. Only 500 copies were produced.

A 1900 first edition in fine condition. A beautiful copy bound in the publisher's light green cloth stamped in red and green. All 24 color plates are present.

Two volumes. First edition of the collected works of Galileo, published in 1655 and 1656. The Italian died in 1642 after helping kick-start the age of modern science. His work stretched across astronomy, physics, engineering, philosophy, and mathematics.

A 1960 first edition of Harper Lee's classic novel, signed by Lee on a bookplate. The book and its dust jacket are both in very good condition. A copy of Mockingbird usually appears on AbeBooks' annual list of most expensive sales.

The engraved sheet music to a Mozart opera published in 1789 and signed by the publisher, Jean-Georges Sieber. Bound in contemporary green half leather. The opera was first performed in Vienna in 1785.

A famous photography book published in 1940, featuring 20 hand-pulled photogravure plates of Mexico and its inhabitants. Strand, a pupil of Alfred Stieglitz, made several trips to Mexico in 1933 and 1934 to capture scenes. The book was published under the imprint of Virginia Stevens, Strand's second wife. This is one of 250 signed copies.

A 1748 first edition of Euler's important textbook on mathematical analysis - a keystone in the study of modern mathematics. Many people argue this book could be taught today, and still be relevant.

31 of 34 volumes of Picasso's work - a rare collection edited by Christian Zervos.

Naturalis Historia by Pliny the Elder $13,926

The rare first illustrated edition of Pliny's famous scientific encyclopedia and a fine example of early 16th century Italian typography featuring 38 woodcuts, including maps of Europe and Africa as well as representations of mining, handicraft, medicine, and music. Naturalis Historia is the starting point for modern encyclopedias. A Roman who lived in the first century AD, Pliny was a naturalist and also a military commander.

What item on this page would you most like to own?