Skip to main content
Home Collectibles Most Expensive Sales of 2020

Most Expensive Sales of 2020

2020 won't be remembered with much fondness. However, we had plenty of time to read, and some lucky people made notable and expensive additions to their collections. AbeBooks' most expensive sales of the year list features a book that is celebrated each year in Dublin, a map from 1482, a photography book published in 2019, a British secret service agent, some rampaging dinosaurs, a wondrous children's story and the last gunslinger. 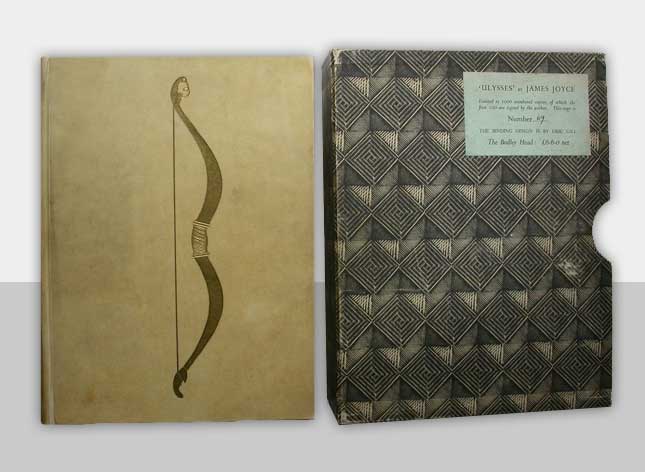 Published by John Lane The Bodley Head in 1936, this is a first edition bound in vellum. A fine copy with a near fine original slipcase. No. 69 of 100 numbered copies signed by Joyce, from of a total edition of 1,000. The Bodley Head's promotional announcement is laid in. It reads: "Final and definitive edition, James Joyce's Ulysses, together with much new appendix material containing documents relevant to the legal history of the book & an up-to-date bibliography of Mr. Joyce's works." Ulysses was first published in book form in 1922 by Sylvia Beach, famous for her Paris bookstore, Shakespeare and Company. Ulysses chronicles a day in the life of Leopold Bloom in Dublin. The novel's stream-of-consciousness narrative style makes it notoriously hard to read.

Innocent Victorious was written by a group of Jesuit missionaries based in China. Printed in Canton in 1671, this book contains Chinese and Latin text detailing Chinese imperial decrees in favor of Christians in China. It confirmed China's tolerance toward Christians after a period of persecution between 1664 and 1666 when missionaries were jailed. It features a Chinese woodblock printing with a frontispiece showing the emblem of the Jesuit Order. The Jesuits produced the book using Chinese printing technology, much to the surprise of their colleagues in Rome. 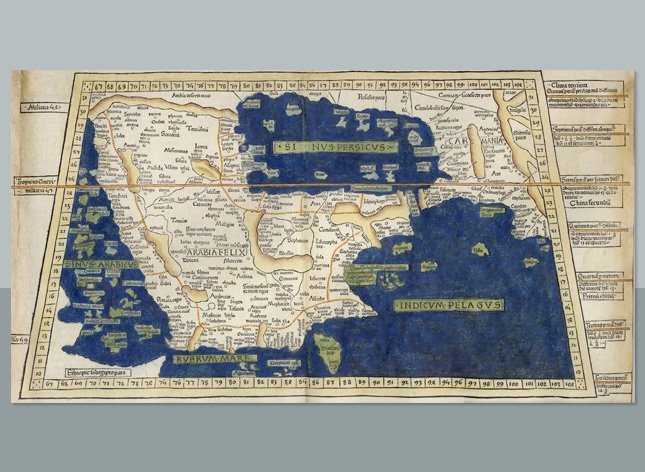 A single sheet of Ptolemy's 'Ulm' atlas from 1482, displaying the Arabian Peninsula. Printed in the German city of Ulm, this atlas was the first one to be printed north of the Alps. It features a double-page woodcut on one side and descriptive text on the other. This illustration marked the third time that Arabia had been depicted in an atlas. Claudius Ptolemy was a Greek mathematician, astronomer, geographer and astrologer. He lived in Alexandria under Roman rule in the second century AD. One of his most famous works was Geographia, which mapped the Roman Empire.

A first edition from 1843 in near fine condition. This is the highest price ever paid for this title on AbeBooks. It was published by Chapman & Hall and contains illustrations by John Leech. Inspired by Dickens; concern for the poor, the story was an immediate success and helped to shape Christmas into the holiday it is today. 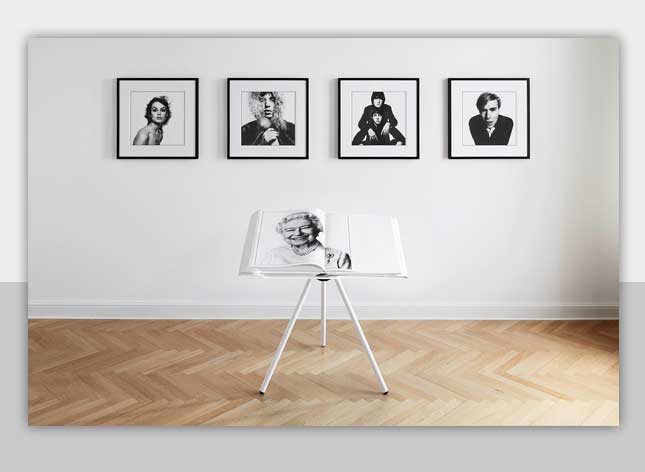 Taschen love to create special editions and this a good one. This is the John Lennon and Paul McCartney variant of a book published in 2019. There are also variants for Andy Warhol, Jean Shrimpton and Mick Jagger. The edition is limited to just 75 copies, with a print of John and Paul included with the book. This hefty Sumo-sized photography book is signed by David Bailey, and comes with a white tripod bookstand. It has four different dust jackets. The book is a retrospective of Bailey's photography starting with the swinging 1960s when he snapped everyone from the Beatles to the Rolling Stones. Nelson Mandela, Queen Elizabeth II, Salvador Dali, Bill Gates and Yves Saint Laurent are among the notable people captured by his camera. 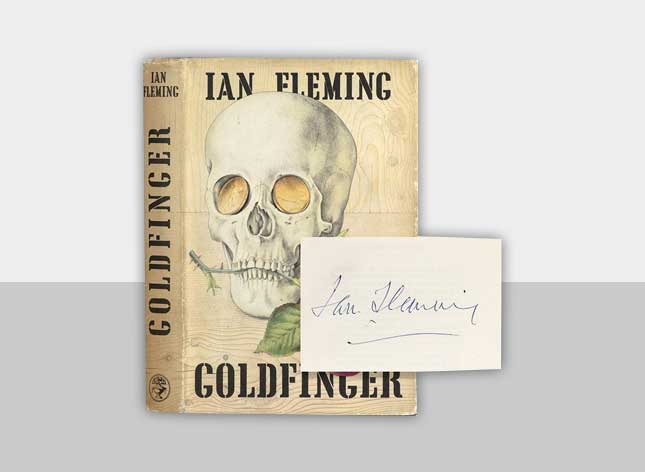 There's usually a James Bond book on our end of year list and 2020 is no exception. This is a signed first edition of Fleming's seventh novel in fine condition with a near fine dust jacket. It was adapted into the third James Bond film in 1964 starring Sean Connery. 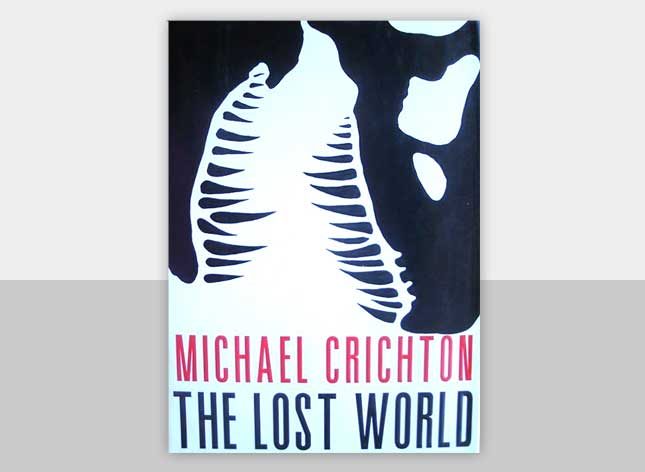 An unread, as new first edition complete with its dust jacket. The book is signed by Steven Spielberg, special effects director Stan Winston, and 10 actors from the film adaption of this novel, including Jeff Goldblum, Julianne Moore, Vince Vaughn, and Pete Postlethwaite. Published in 1995, the novel was the sequel to Crichton's 1990 bestseller Jurassic Park. The Lost World was adapted for cinema in 1997.

Printed by Random House's Maecenas Press in 1969, this illustrated edition contains 12 woodcuts and an etching by the Spanish surrealist plus a second suite of the 13 plates on Japon paper. One of only 200 copies, it is signed by Dali on the frontispiece etching and on the title page. Dali created an illustration for each chapter, using heliogravure, a time-consuming reproduction method similar to engraving. Another edition of 2,500 signed copies was issued without the extra plates. 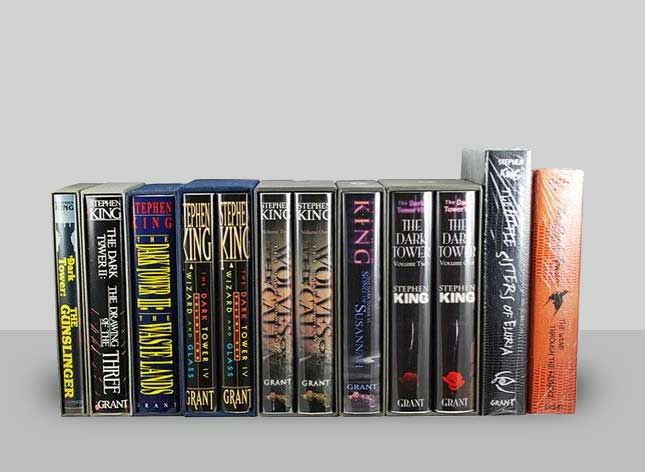 Donald M. Grant is a fantasy and science fiction small press, well known for its Stephen King editions. Grant's Dark Tower series is divided into nine "Parts," and three parts (four, five, and seven) contain two volumes (two hardcover books in one slipcase), so there's a total of 12 books. Published between 1982 and 2012, these are first edition first printings, each part is signed by King and the book's illustrator. All share the same number (#199). All are beautifully illustrated with full-page color plates, and have dust jackets and slipcases. The Dark Tower series tells the story of Roland Deschain, Mid-World's last gunslinger, who is traveling across a post-apocalyptic landscape, searching for the Dark Tower. Inspired in equal parts by Robert Browning's poem, 'Childe Roland to the Dark Tower Came,' Lord of the Rings and spaghetti Westerns, many readers think The Dark Tower is King's magnum opus. 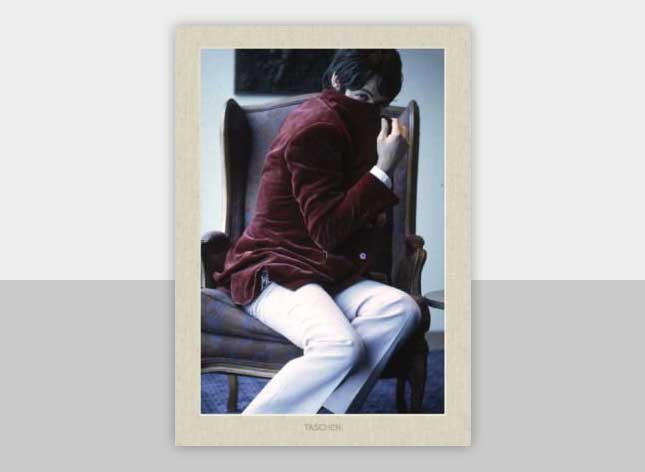 Published by Taschen in 2011, this is a retrospective of Linda McCartney's life and photography produced in collaboration with Paul McCartney and their children. Linda died in 1998. This book is one of the 125 copies produced in the 'Art Edition B' print run. It includes a print of Paul McCartney titled "Paul, Jamaica, 1971." Both the book and print are individually numbered and signed by Paul McCartney. The book, enclosed in a clamshell box, is still sealed in its original shipping box.