God Save the Sex Pistols

Forty years after the Sex Pistols shocked Britain with God Save the Queen, punk rock memorabilia has become highly collectible.

God Save the Queen was released on 27 May 1977, the year of the Queen's silver jubilee, and caused uproar across Britain. Deemed insulting to the monarchy ("God Save the Queen, the fascist regime...") and at odds with the establishment (There's no future, no future, no future for you...), both BBC and independent radio stations banned the single, and many record shops refused to stock it.

However, 40 years later, items of memorabilia associated with punk, especially the Sex Pistols, are now worth considerable sums of money. Things designed to be used for a few days such as posters and adverts are in demand by collectors eager to own a little piece of rebel culture.

In November 2016, the son of Sex Pistols manager Malcolm McLaren and designer Vivienne Westwood burned an estimated $6.5 million worth of punk memorabilia, ensuring that collectible objects from this era are now even harder to find. Sex Pistols memorabilia currently for sale on AbeBooks.com, a marketplace for books and collectibles, includes: 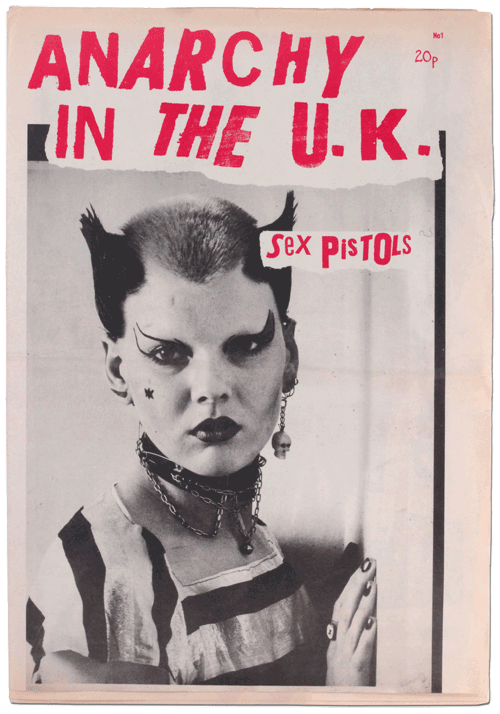 An Anarchy in the UK magazine, designed by Vivienne Westwood, containing photographs of the Sex Pistols - Sold

An Anarchy in the UK magazine, designed by Vivienne Westwood, containing photographs of the Sex Pistols, priced at $1,500. A memorable image of punk icon Soo Catwoman is featured on the cover. Soo's fashion sense, and particularly her haircut (cropped short with rising sides), heavily influenced punk and she was a key figure in the early days of the movement.

An original printed advert, featuring Johnny Rotten's portrait, for Sex Pistols' gigs at the 100 Club on Oxford Street in London on June 29 and July 6 1976, priced at $3,000. The 100 Club is still going strong and was instrumental is getting punk off the ground in 1976 by hosting bands such as the Sex Pistols, Siouxsie and the Banshees, The Clash, The Buzzcocks, The Stranglers and The Damned.

An original advertising handbill for a Sex Pistols gig

An original advertising handbill for a Sex Pistols gig at Queensway Hall in Dunstable on 21 October 1976, priced at $2,500. Apparently, The Jam were the support act and less than 80 people turned up. The advert bills the Pistols as "The Most Outrageous Punk Rock Band." 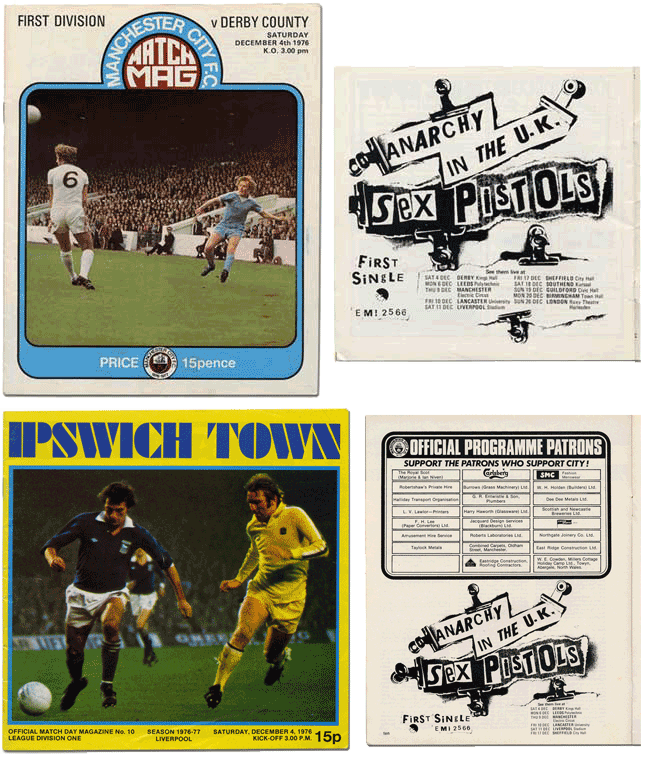 Two soccer programs containing adverts for the Sex Pistols, both dated 4 December 1976 - one for Manchester City vs Derby County, and another for Ipswich Town vs Liverpool - are available for $1,200 for the pair. Three days after these matches were played, the Sex Pistols became infamous across the nation for swearing on Thames TV's Today show.

An unpublished photograph of the Sex Pistols performing at Cain's Ballroom in Tulsa, Oklahoma

An unpublished photograph of the Sex Pistols performing at Cain's Ballroom in Tulsa, Oklahoma, in their penultimate gig on 12 January 1978, priced at $375. The US tour, dogged by Sid Vicious' heroin addiction and divisions among the members, proved to be the end for the band. 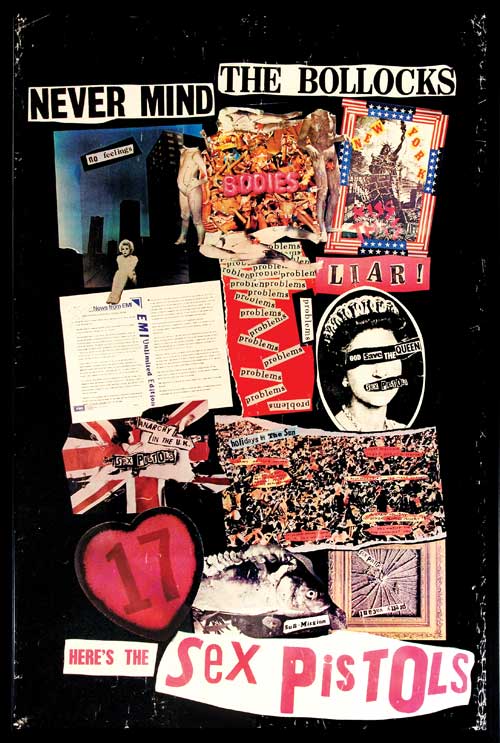 A 1977 Never Mind the Bollocks poster advertising the Sex Pistols' only studio album, priced at $1,335. Many record shops refused to stock the LP and the word "bollocks" offended people more comfortable with No.1 hits from Leo Sayer and Stevie Wonder. Today, the album is seen as one of the most important events in modern pop culture, not least for its cover design by Jamie Reid. After the Sex Pistols were fired by two record labels, it's remarkable the album, issued by Virgin, was released at all. 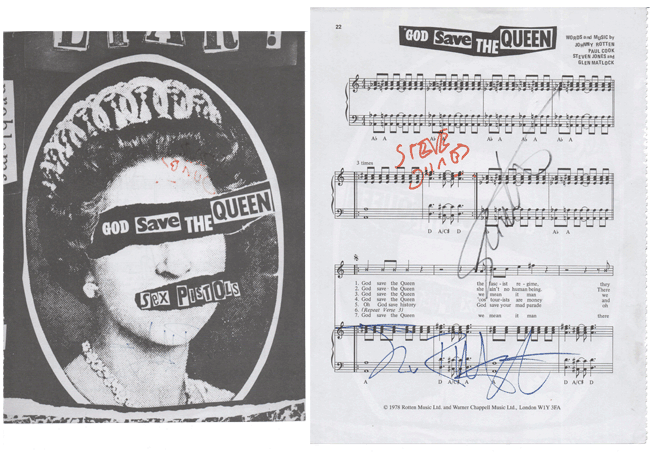 A single page of sheet music for God Save the Queen autographed by Sex Pistols band members Steve Jones, Glen Matlock and Johnny Rotten, priced at $500.

The Sex Pistols broke up in January 1978. Singer Johnny Rotten reverted to John Lydon and formed Public Image Limited, while bassist Vicious died of a heroin overdose following the murder of his girlfriend Nancy Spurgeon.

Aside from Sex Pistols memorabilia, there is also interest in punk magazines such as Sniffin Glue, and Search and Destroy. Sniffin Glue only survived for a year after being launched in 1976 but it chronicled the early punk bands in Britain. American fanzine Search and Destroy (1977-1979) was launched by former bookseller V Vale with a $200 loan from Allen Ginsberg and Lawrence Ferlinghetti. 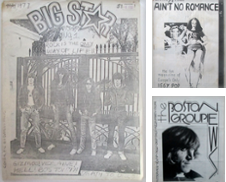 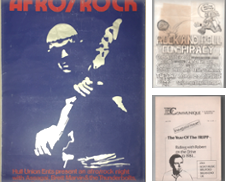 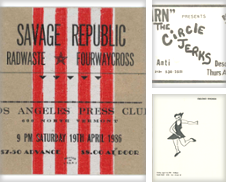 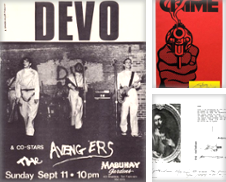 Do you have any punk memorabilia?