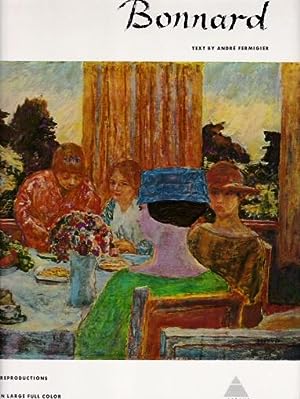 First edition, first printing. Large format. Fine in fine dustjacket with a Thames and Hudson sticker placed over the Abrams name on the dustjacket. Bookseller Inventory # 23956

Back in print at last, with a ravishing new cover, Madeleine Vionnet is "not only the best book on Vionnet, but perhaps the best book ever on a fashion designer" (Out). Madeleine Vionnet (18761975) was the greatest dressmaker in the world. Considered a genius for her innovations with the bias cutthe most difficult and desirable cut in clothing designshe has a fanatical following. Vionnet was a maverick, her results spectacular. She dressed the stars of the '30s, invented new pattern-making techniques, and eschewed corsets for her models. Vionnet's dresses are virtually un-copiable and highly coveted by vintage clothing collectors. Madeleine Vionnet is the definitive study of this venerated artist. Illustrated with more than 400 photographs, line drawings, and watercolors, it also includes 38 original patterns for Vionnet dresses. As the Art Deco Society of L.A.'s newsletter has said, anyone "interested in Art Deco or fashion must have this book."

Madeleine Vionnet's greatest distinction as a designer was her discovery of the bias cut. Cutting patterns along the bias forces the fabric to cling to the body and move with it, which created her trademark look of draped, form-conscious clothing. When designer Issey Miyake first saw a Vionnet dress, it was like the first time he saw Winged Victory at the Louvre: "I thought then that the statue of Nike had been reincarnated in the dresses by Vionnet. She had captured the most beautiful aspect of classical Greek aesthetics: the body and movement." Vionnet's long career as a dressmaker and designer began with the 20th century. Always conscious of women's bodies and inspired in part by modern dancer Isadora Duncan, she soon dispensed with corsets and other constricting garments, and used barefoot models to present her first solo collection. Though simple, her dresses were never plain; the use of a Cartier necklace as a halter strap is a classic Vionnet innovation. This inimitable combination of comfort and glamour made Vionnet's clothes a favorite among European nobility, Hollywood royalty--notably Marlene Dietrich, Gypsy Rose Lee, and Katharine Hepburn--as well as socialites and other trendsetters. Close to a century after its introduction, the bias cut remains an important element in clothing design.

Madeleine Vionnet is a tall book that echoes many of the designs inside. It is filled with contemporary photographs of the clothing, period pictures shot by Man Ray and Steichen, design sketches, and, perhaps most interestingly, patterns for the clothes. The accompanying text traces Vionnet's evolution from an 11-year-old seamstress, through her days apprenticing at the famed Callot Soeurs couture house in Paris, and on into the design empire that secured her an enduring spot in fashion history.


Prices are in pounds sterling and all payment is through ABE.

I try and describe all books accurately, but if you decide that a book is not as described, please contact me so that we can arrange for it to be returned to me at my expense or other options considered.

All books remain the property of the seller until payment has been received.

ABE's systems automatically assume that books bearing the words inscribed or signed in the description are signed by the author. This is not the case. Only b...


Orders are usually shipped within 2 business days of receipt of order. You will be contacted in the event of a significant delay.

If you wish your book to be sent by a premium service, we may contact you to let you know extra payment is required. However, premium services are not generally recommended.

All books are insured in transit.

Postage rates are fixed. Prices of light items such as pamphlets are deliberately held down as they take account of the fixed postage rates.