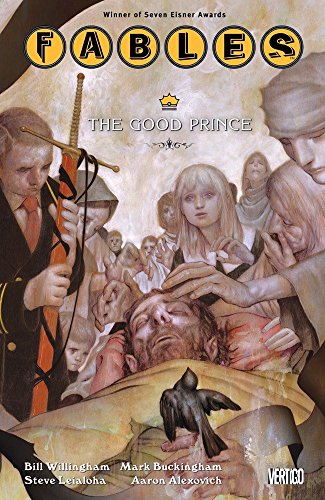 Quantity: 1
View all  copies of this book
Buy Used
Price: US$ 21.50 Convert Currency
Shipping: US$ 4.99 Within U.S.A. Destination, rates & speeds
Add to basket

Collecting issues #60-69 of the hit series, collecting the epochal "Good Prince" storyline. Flycatcher is drawn into the spotlight as he discovers the startling truth about his own past as the Frog Prince. At the same time, he learns that the Adversary plans to destroy his foes once and for all. How can the meek Flycatcher stop this deadly foe?