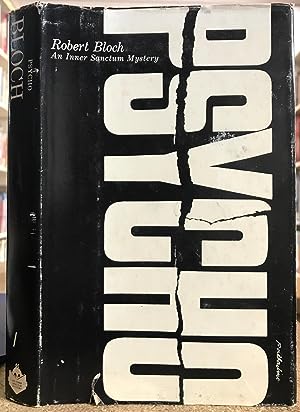 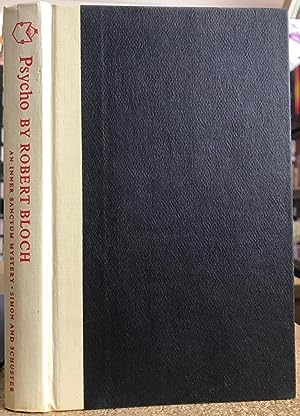 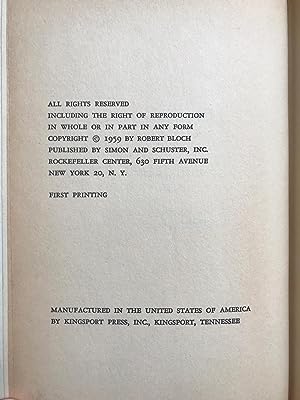 Synopsis: Norman Bates (and his mother) run the Bates Motel by an isolated road side. Norman has a particular interest in taxidermy. Alfred Hitchcock directed the Hollywood film, starring Anthony Perkins and Janet Leigh.

About the Author: Robert Bloch is the author of the classic horror novel, Psycho, which served as the basis for Alfred Hitchcock's thrilling film of the same name. At the urging of H. P. Lovecraft, Bloch began writing short fiction in the 1930s; his first short novel, The Scarf, was published in 1947. In 1959, the year Psycho was published, Bloch won the Hugo Award for a short story and began to write for television and film, starting with "Alfred Hitchcock Presents"-a job he earned before the film version of Psycho had completed shooting!

Bloch also worked on "Thriller," a TV series hosted by Boris Karloff, twice collaborated with famed filmmaker William Castle, and wrote three episodes of the original "Star Trek" television series. In addition to this work, Bloch continued to write chilling and perceptive short stories and novels, including Firebug, American Gothic, Psycho II, and The Night of the Ripper.

Bloch's "unauthorized" autobiography, Once Around the Bloch, was his last major work. Robert Bloch died in 1994 after a long bout with cancer.