Items related to Tracking the Jackal: The Search for Carlos, the World's...

Home Yallop, David Tracking the Jackal: The Search for Carlos, the World's Most ...
Stock Image 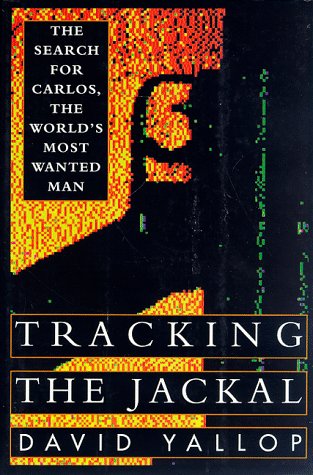 Tracking the Jackal: The Search for Carlos, the World's Most Wanted Man

Title: Tracking the Jackal: The Search for Carlos, ...

The author describes his ten-year search for Ilich Ramirez Sanchez, also known as Carlos the Jackal, recounting how he followed Sanchez through the world of spies and intelligence officers and dealt with the likes of Qaddafi, Arafat, and Nidal

In the 1970s and '80s, one name dominated the dark world of international terrorism as the world's most wanted criminal: Carlos, a.k.a. The Jackal. Branded as an evil mastermind, he was said to have plotted an incredible 20-year spree of assassinations, kidnappings, hijackings, and bombings, earning him a deadly reputation of near-mythic proportions. Could these heinous crimes really be the work of one man, or was Carlos a figment of some intelligence officer's imagination? The truth, as David Yallop found after a decade of research and a series of unprecedented interviews with the legendary killer, is a little of both.

I do not intend to hide anything from you, but you must understand that you may ask me questions that I cannot answer for a number of reasons.... To place my story in your hands is not much. You are placing your life in mine.

Weighing his own findings against the claims of Carlos himself, Yallop attempts to sort fact from fiction, information from misinformation, truth from lies. The knowledge that the Jackal has been captured since these interviews were held takes some of the bite out of the story. But Yallop's investigation into this shadowy world moves like a Hollywood thriller--only it's far more disturbing because the cast of players and the blood on their hands are real. --George Laney