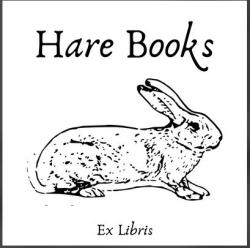 Hare Books are the Exlibris of John Ellis Hare (1933, Toronto 18 April 2005, Ottawa) . John Ellis Hare was a Francophone author, historian, biographer, bibliographer, and professor from the University of Ottawa. Hare and Jean-Pierre Wallot, the former Head of the National Archives of Canada, were the first to be awarded the Marie Tremaine Medal by the Bibliographic Society of Canada (after Marie Tremaine herself) for their work on Canadian Imprints from 1801 to 1840. Hare was a professor at the University of Ottawa in Ontario, Canada for several decades, and became a Professor Emeritus in the 90s. Hare Books was born in 2018 when I received a call in Los Cabos (Mexico) from John Ellis Hare's family that 75 boxes of books predominately Canadiana had been at risk of being tossed out. The collection had sat in cold storage at an academic archive repository for a decade, but was being deaccessioned because, the books while interesting and rare they did not have sufficient archival significance. In fact, the archival items had largely been removed and preserved by the center. John Ellis Hare (1933-2005) has donated his rarer books, to University Saint Paul, University of Toronto and University of Montreal, especially in the case of USP- the director claims his donations are the Jewels of his rarebook collections. The books are from 1600-1840. I have therefore inherited he modern collection that I posses which is chiefly 1850-1950. These books are still often rarer, signed and uncut copies which formed the basis for his various works on French Canadian history, and the history of the book trade , and French Canadian Bibliographies. A lot of the notes, inscriptions inside of the books, ironically shed a lot of light on his own activities then do the archives, manuscripts and letters that were kept by the archives. In effect, I have managed to donate some of the books to rare books collections at various Universities, and I am selling off some of his books so I can bide some time to continue to preserve the rarer parts of the Hare Collection. Please support this endeavor by purchasing a book! 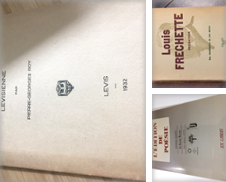 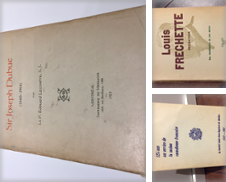 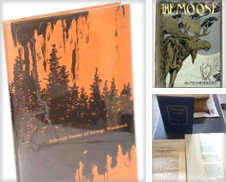 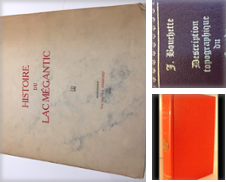 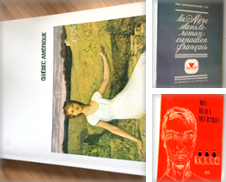 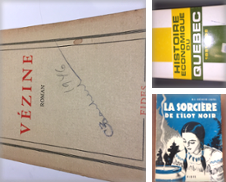 John Elllis Hare the Author and his circles

John Ellis Hare, the Franco-Ontarien professor Emeritus, author and historian, demonstrates his close relationships to prominent Canadian Francophone authors, historians, and bibliophiles through his book collection. This is clearly demonstrated by the sheer amount of signed and transcribed editions in his collection. Hare also worked for the Citizen for several decades since the 1980s, so he also critiqued Francophone Theatre, Poetry and Romans, this is also clear by the signed press copies in the collection. As a professor Emeritus for the Department de Lettres Francais at the university of Ottawa, Hare also had a great deal of book from the University of Ottawa Press, books with notes and edits for work with students and colleagues publishing in the academia world. Many authors, accomplished academics, famous historians and bibliographies all pay lip service to this great author and historian- transcribed in the forwards of Hare's books, or in the acknowledgments of writers own
View the Full Catalog

Hare and Jean-Pierre Wallot, the former Head of the National Archives of Canada, were the first to be awarded the Marie Tremaine Medal by the Bibliographic Society of Canada (after Marie Tremaine herself) for their work on Canadian Imprints from 1801 to 1840. He clearly has an amazing collection which focuses on prolific Franco-Ontarien writers, Biographies and books on Descriptive Bibliography, Franco Ontarien Publishers and the Construction of Books.
View the Full Catalog

All books are in very good condition unless otherwise described.
Customers in Canada will be charged 5% GST/TPS.
Delivery costs are not included in the list price.
VISA, Mastercard accepted.
Total cost, confirmation of availability, and responses to any questions will be communicated to the customer via e-mail prior to sale.
Special billing and shipping arrangements available to schools, libraries, governments, and other institutions.

Shipping rates based on books 1kg or less.