Skip to main content
Home JENNER, Edward An inquiry into the causes and effects of the variolae vaccinae:... 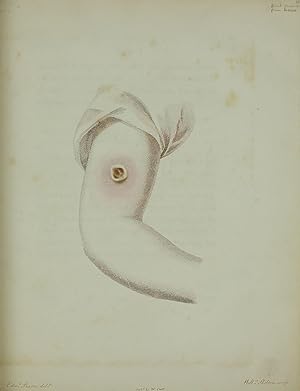 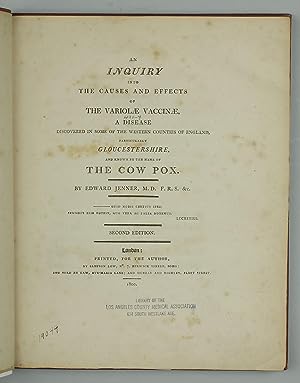 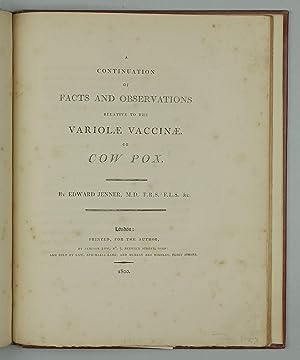 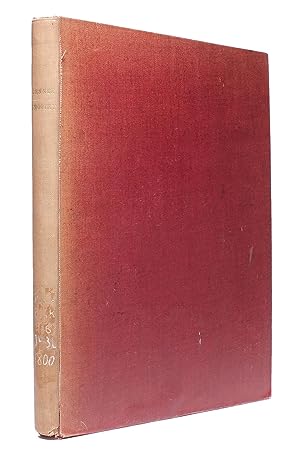 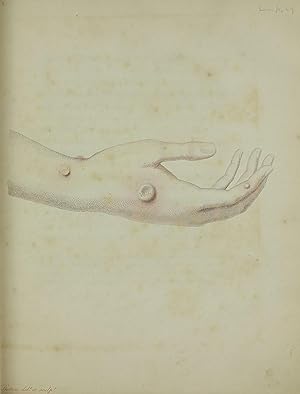 An inquiry into the causes and effects of the variolae vaccinae: a disease discovered in some of the western counties of England, particularly Gloucestershire, and known by the name of the cow pox. II. Further Observations on the Variolae Vaccinae. III. A continuation of Facts and Observations. . . 3 parts in 1 volume.

4to (275x221 mm). vii, [1], 182, [2] pp., including half titles to all parts, titles to part I and III, and 4 hand-coloured engraved plates by William Skelton after Skelton and Edward Pearce, printed in sepia. Retaining errata leaf 2B2 at end, dublicate sheets T1-2 bound in, K2* and S* cancels. Contemporary library cloth, spine with gilt title and shelf mark (upper hinge cracked, spine faded and worn at foot). Leaves partly untrimmed, little age-toning and foxing in places, occasional faint pencil annotations in text, extensive pencil annotations to second flyleaf. Provenance: George Dock*, M.D. (bookplate to front pastedown), Los Angeles County Association (stamp at foot of title-page and P2r). A fine, wide margined copy. Complete. ---- Lefanu, Jenner 24; Norman 1163; NLM/Blake p. 235; Waller 5138; Wellcome III, p. 351. - Second edition (THE FIRST COMPLETE OF ALL THREE TEXTS). This edition is the first collected edition of Jenner's first three treatises on vaccination, published between 1798 and 1800: the first announcing 'one of the greatest triumphs in the history of medicine' (Garrison-Morton 5423); the second containing Jenner's first reply to critics, explaining common mistakes (such as the failure to recognise the symptoms of true cowpox, leading to ineffectual inoculations), and considering differences between inoculations in London and in the countryside; the third including further reports of successful inoculations. "Edward Jenner, who discovered that it is possible to vaccinate against Small Pox using material from Cow Pox, is rightly the man who started the science of immunology. However, over the passage of time many of the details surrounding his astounding discovery have been lost or forgotten. Also, the environment within which Jenner worked as a physician in the countryside, and the state of the art of medicine and society are difficult to appreciate today. It is important to recall that people were still being bled at the time, to relieve the presence of evil humors" (Kendall A. Smith, Edward Jenner and the Small Pox Vaccine). * George Dock (1860-1951), student of William Osler, pathologist and medical professor at University of Southern California.- Visit our website to see more images!. Seller Inventory # 002043