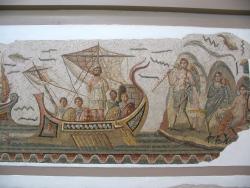 We have a sizable collection of Latin American literature: writers of the "Boom," first editions, many inscribed, signed editions; many editions published by Casa de las Amťricas (Cuba: 1959-present); a sampling of books printed by Editorial Nueva Nicaragua; Borges, CortŠzar, GarcŪa MŠrquez, Cabrera Infante, Luisa Valenzuela, Cristina Peri Rossi (MANY editions signed/dedicated by CPR), Fuentes (numerous signed or dedicated to me), Donoso, Ricardo Piglia (rare & signed), Galeano (many rare & signed - I was his local guide in Northern California on a couple of occasions), Claribel AlegrŪa, Cardenal, Dalton, Antonio SkŠrmeta (many signed edition), Poli Dťlano, Arturo Arias, Mario Mendoza, William Ospina, Laura Restrepo, Isabel Allende (most are signed 1st editions) and many, many more... I also have a sizable collection of the work of J.G. Ballard (hard-bound 1st editions, 1sts printed as "pulp" paperbacks -- 1961-1967, many signed/inscribed editions; I met with him on two occasions and was invited BY BALLARD to the premiere of *Empire of the Sun* - the ticket is laid in in the signed edition of that book) as well as a number of books -- early paper 1st editions -- by Philip K. Dick. I have many first editions and broadsides signed by Seamus Heaney. A number of books by Italo Calvino, including a copy of a special quarto edition signed by Calvino.

Shipping/handling: varies. Any item may be returned for any reason within 30 days:

***Shipping costs are based on books weighing 2.2 LB, or 1 KG., average. If your book order is heavy or oversized, we may contact you to let you know

Books shipped from Colombia will be subject to the fees charged by Servientrega, DHL or FedEx.