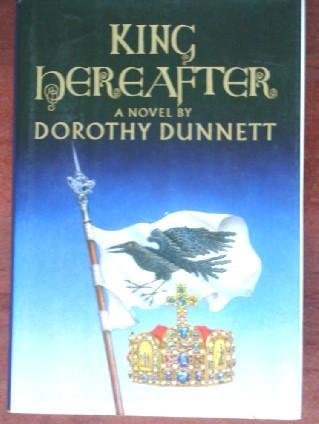 Back in print by popular demand--"A stunning revelation of the historical Macbeth, harsh and brutal and eloquent." --Washington Post Book World.

With the same meticulous scholarship and narrative legerdemain she brought to her hugely popular Lymond Chronicles, our foremost historical novelist travels further into the past.  In King Hereafter, Dorothy Dunnett's stage is the wild, half-pagan country of eleventh-century Scotland.  Her hero is an ungainly young earl with a lowering brow and a taste for intrigue.  He calls himself Thorfinn but his Christian name is Macbeth.

Dunnett depicts Macbeth's transformation from an angry boy who refuses to accept his meager share of the Orkney Islands to a suavely accomplished warrior who seizes an empire with the help of a wife as shrewd and valiant as himself.  She creates characters who are at once wholly creatures of another time yet always recognizable--and she does so with such realism and immediacy that she once more elevates historical fiction into high art.

"A storyteller who could teach Scheherazade a thing or two." --The New York Times

"One of the greatest tale-spinners since Dumas." --Cleveland Plain Dealer